Pictures from my wallet

I still carry around baby pictures in my wallet of my daughters. I have most of their school pictures in there too. I have Michael’s old Minnesota driver’s licenses, my first California driver’s license from when I was sixteen years old, and photos of friends’ children given to me decades ago.

As I joined Ember this year in tossing or donating 365 things to help simplify our house, I threw out many pictures. Pictures of blurry landscapes and duplicate photos went in the trash, and there were hundreds.

I’m also not posting my weekly photo of This Week’s Seven Things anymore, because in the process of moving, we far surpassed donating or disposing of more than 365 things. The number of books, pieces of clothing, tools, pictures, doodads, mugs, toys, and other miscellany that went out from our old house totaled over 500, I am certain. And what a difference that made when we moved on May 31st into this smaller house!

But I don’t think I’ll ever part with the photos in my wallet. I may take them out someday and store them in another place, but the thick pile of little pictures will always be with me, Lordwilling.

Here are two old photos from my wallet. The one on the left is of me and my little girls when I was 23 years old. Sharon, on the right in the same picture, was almost four years old, and Carolyn was just over two years. I’ve been teased many times about this photograph, because I chose a dress for Sharon and a turtleneck for Carolyn. I can honestly say that at the time I was just going through our closets looking for color combinations that would match for the picture, and settled on red, white and blue because we all had something that would go. I never thought that I was causing my littlest daughter to look like a boy. Bad mom.  🙁 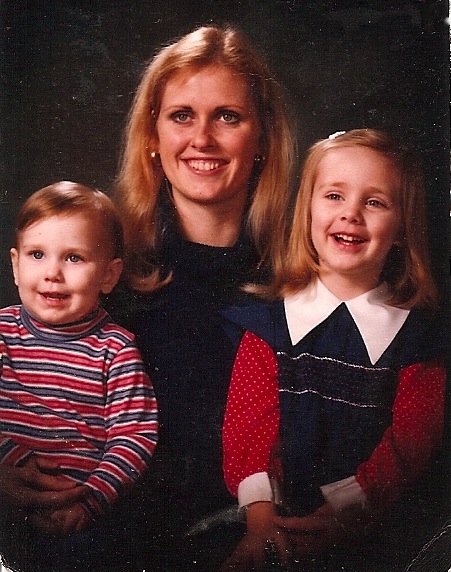 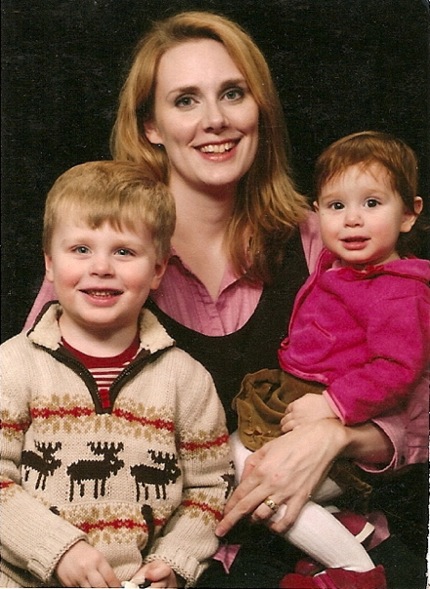 Probably in no time at all, Mrs. Nisky will have her picture taken with her two children on her lap, and she’ll be pulling photos from her wallet and showing someone how much they resemble the picture of her and her family when she was very little.

I know I say this a lot, but I can’t help it. All of this happens so quickly. We get to the autumns or the winters of our lives and we think, “Agh! What happened? Where did all those years go?”

It’s the way it’s supposed to be, but I don’t think I’ll ever get used to it.

The passage of time is not my cup of tea.