Okay, so my hair is orange.

I have been a medium ash blonde most of my life. If you had asked me to define that term when I was young I couldn’t have done it. But now I can proudly say that I’m able to explain this to anyone who asks, even though no one does:  ash blondes have cooler blonde shades to their hair, often with a grayish cast to it, hence the word ash. Someone can be a very light ash blonde, like many Scandinavians are naturally. And someone can be a dark ash blonde, which is what my hair grew to be after I started having children in 1977. I have no idea how the uterus signals the hair follicles on the head to start producing darker hair once a child has been born, but it does, take my word for it. This covert utero/follicular communication has taken place in many women I know who’ve had children, and most don’t appreciate it. If we wanted our hair to get darker, we would dye it darker.

After a few years of having dark ash blonde (aka light brown) hair, two of the first friends I made when I moved to Minnesota, Kathy Harju and Connie Lippitt, talked me into having my hair frosted. In fact, they were willing to do it for me. Frosting consists of putting a plastic cap with tiny holes all over it, securely on your head, pulling tiny strands of hair through said holes with a toothpick-sized metal crochet hook, smearing hair bleach all over those pulled-through strands, and then washing it all out when the desired result is achieved. One of the benefits of frosting one’s hair is that only some of your hair becomes damaged and crispy, rather than all of it when one uses an at-home system from a bottle. I was surprisingly pleased with the result of having my hair first lightly frosted in 1983, and kept having it done every six months for years. It made my hair look closer to the shade it had been before my uterus started blabbing to my scalp.

But apparently in the new millennium, frosted hair became passé. Warmer, golden blonde hair became the trend, not the cooler, grayer, ash blonde. My three grown daughters would occasionally diplomatically drop hints about how it was time for me to come into the 21st century and stop frosting my hair, and that I should have my stylist put some warm tones in the highlights the next time I had it done, etc. They said that when my hair was frosted, it looked light blondish gray, not light grayish blonde.

I’m 53 years old and had grown a small streak of real, silvery gray in the front of my hair, and I kind of liked it. I didn’t like it enough to let my whole head look like that, but I didn’t mind a little silver at my temples when the months between visits to the salon went by.

Anyway, before I get to the tremendously tragic point of this post, I just want to say that I’m pretty sure most of you know what I’m talking about when I say ash blonde versus golden blonde, but just in case you’re one of my Taiwanese or Estonian readers (yes), here’s the difference between the two: 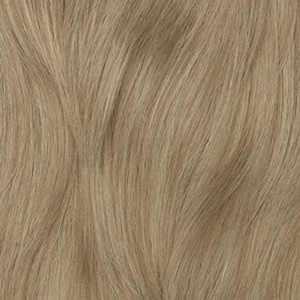 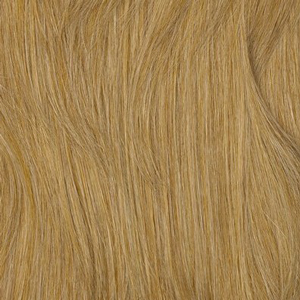 So yesterday I went for my three times a year visit to the salon. I told my lovely and experienced stylist Bobbie that my three daughters had reached a consensus, and they had agreed not to do an intervention on me if I would try some warmer highlights in my hair. That last sentence is only partly false. Evidently at one time my daughters actually talked amongst themselves about staging a hair intervention on me! Can you believe that? The mother who labored and birthed them in pain and travail with no pain medication whatsoever, the one who nursed each of them almost until they went to kindergarten, and now they’re conspiring against my frosted hair! These are nervy girls, I’ll tell you.

The strange thing is, I think Bobbie agreed with my daughters. She smiled and nodded and acted like she really approved, and proceeded to pile up strips of foil, brought out some bowls and brushes and began mixing colors. No more cap and crochet hook for me.

Two hours later I drove home with a very short cut (I’ll save the reason I keep opting for short hair for another post) and what I thought was now stylish, more in vogue, golden blonde hair.

Imagine my stupefaction when I turned on the downstairs bathroom light to peer in the mirror and found that my hair was now orange. Not orangey red like Anne Shirley of Prince Edward Island. But a light, bright-ish orange.

The first thing I thought of was this: 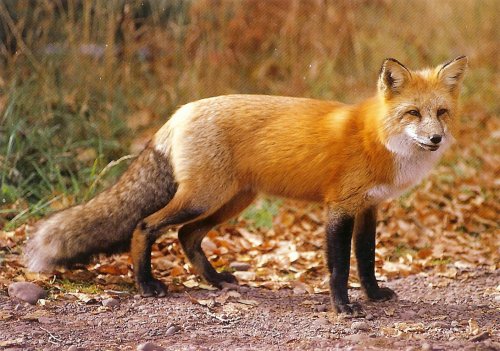 As I looked in the mirror I called out to Michael, “My hair is orange. It looks like the color of a fox.” He came in to look and I asked him, “Don’t you think my hair is the color of a fox?” Michael inspected carefully and then answered, “A little.”

I then texted this message to all three of my daughters at once:

“My hair is orange.”

Sara texted back, “Oh dear! I’m on my way home.” No doubt she was preparing how to best encourage me how to have it fixed, trying to think of the words to reassure me that it didn’t look that bad, etc.

Sharon texted back her sympathy and asked if I was certain it was orange. Yes, I said. It’s orange. 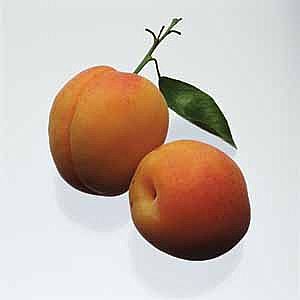 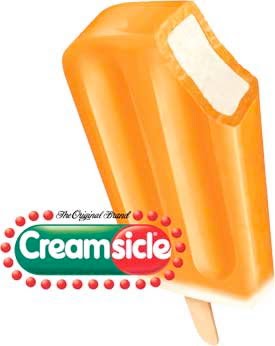 Sharon texted back that she was positive it wasn’t like that, that the solution to my problem was finding better lighting.

I was undeterred. I texted my children and told them their mother now had hair the color of a tiger: 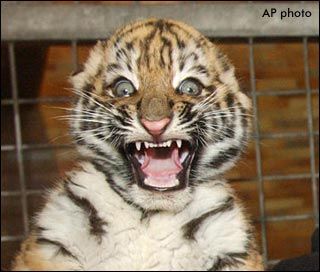 (And the expression on my face wasn’t too far off from this either.)

So I took a photo of my hair with my cell phone and sent it on, and was assured by my daughters that there was nothing wrong with my hair color, the problem was with my eyes. Carolyn came over yesterday and said she didn’t think my hair was orange but that she did think I was a bit crazy. The girls think my hair is now “warm, bright, golden blonde,” but when I look in the mirror I still see orange. Pink and orange, as a matter of fact. Skin that’s porcine pink and hair that’s light orange. And they clash.

So today I clicked the button on the Photobooth application on my iMac so you could see my new tigerish look: 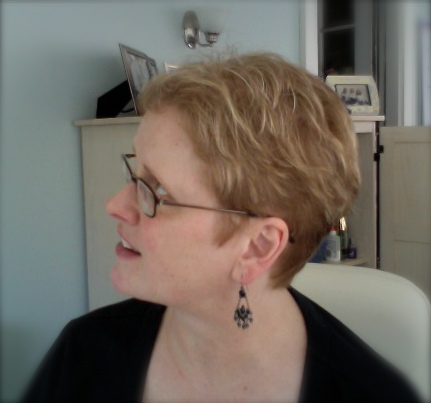 Tell me you don’t see the pink and the orange.

The good thing is that my hair grows quite fast, and I really am fine with waiting for it to grow out. I have too many other things going on in my life to actually worry about it.

Years ago when I was a younger wife and mother I started to grow a small horn out of the top of my head. You think I jest? I do not. After the “subcutaneous horn” started peeking through my hair I had it surgically removed, and during the following months about a third of my hair fell out and never made a return appearance. Someday I’ll do a post about the family jokes that were spoken over someone in the house sprouting a horn — I’ve often wondered if this phenomenon explained a lot of things, but I’ll share about that another day.  🙂