My oldest grandchild Clara, age 9, spent two nights with us this week. I picked her up after school on Tuesday and we drove to Target. We bought her a new pair of shoes, some jeans and some socks. She also picked out a set of three soft juggling balls from the dollar rack.

Then because I didn’t feel like cooking, we stopped at Arby’s on the way home and picked up a lot of food to bring home to the multitudes I always seem to cook for at dinner. While in line at the drive-up window at Arby’s, Clara told me about the kinds of trees her mama thought she and her siblings would be, if they were trees. She said Audrey would be an apple tree, which is so apropos it made me grin….a cheery round face with red cheeks, yes, Audrey would be an apple tree. Vivienne would be a willow tree, flowy and ethereal, Elijah would be a beech with its sandy/silvery colored bark, the color of his hair, and Clara would be a birch…tall and straight and slender, different and standing out from the other trees around her. 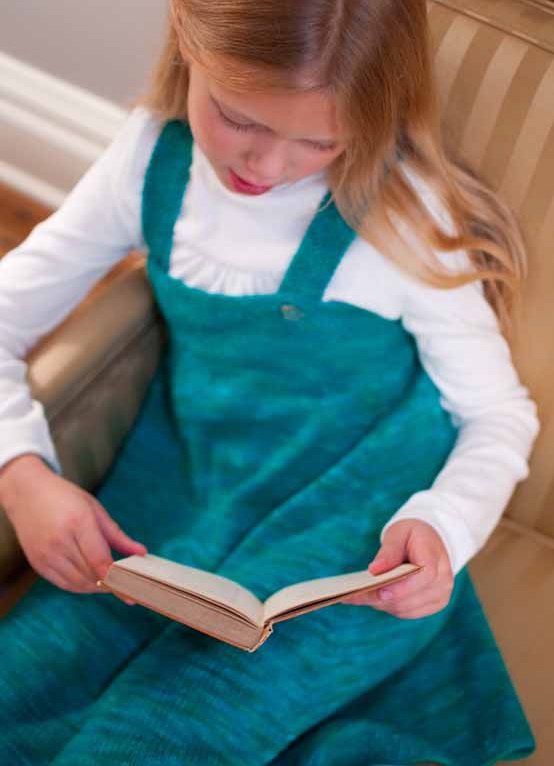 While Clara was here we worked on a kids’ book of Sudoku, played with clay, read, and chatted. We have such interesting conversations! After she showered and washed her hair, I brushed Clara’s very long golden tresses, and loosely braided it for the night so it would be easier to deal with in the morning. We listened to the Radio Theatre production of Anne of Green Gables for the last hour before going to bed, Clara all nestled in her pallet of blankets on our bedroom floor. I was tickled when she seemed to love Anne, and I could tell she was very engrossed in the story. She thought it was pretty amusing that Anne kept renaming things…Barry’s pond was rechristened “The Lake of Shining Waters” and The Avenue became, “The White Way of Delight.” Too soon it was time for sleep and I promised Clara I’d pick her up from school the next day and she could stay one more night. “Can we listen to more of Anne of Green Gables when I get home?” she asked excitedly. When I assured her we would, she smiled and nodded, then pulled the feather-filled comforter up to her chin and closed her eyes and smiled a sleepy smile before falling asleep.

Grandpa and I picked her up at school yesterday and I can’t even describe what a thrill it gave me to see her come out of the big brick building, scan the parking area for our car, then smile and run to us when she located us. She’d had a good day at school; had gotten all the words on her spelling test correct, and told us how they’re working on shapes in Math. She said that when her teacher had written many shapes and their names up on the board, Clara noticed that one was missing, and raised her hand to say so. “What shape was missing?” I asked. “A nonagon,” she answered matter of factly. “It’s a nine-sided polygon.”

Later that afternoon Clara made an origami frog, did some more six-block Sudoku for kids, and right before dinner I let her watch the first hour of the movie Anne of Green Gables since she enjoyed the Radio Theatre production so much. After dinner she sculpted a little dog from some clay, did her homework, and got ready for bed. We listened to the last part of Anne and when the part came where Matthew dies in the field and Marilla and Anne are gathered around him weeping, Clara’s eyes grew wide and she pulled the cover over her head. She feels things so deeply.

Auntie Sara came to say good night and we all laid together under the covers and giggled. Sara said she’d been listening to the old song “Graverobber” by Petra, and she and I belted it out so Clara could hear it. I told Clara that song would be played at my funeral some day and she looked at me like I had lost a marble or two. “Is that an appropriate song for a funeral Grandma?” she asked sincerely. “It’s very appropriate, Clara — even though it’s an outdated song, the words describe exactly what will happen to a Christian when they die.” She’s heard this before, but I told her again that when a believer dies, they don’t stop living, really. They just stop living here. They change addresses. I told her that when I stopped living here someday, I would still be alive in heaven, and I would be waiting for her, for all my loved ones, to come and join me when their time came to change addresses too. I wish I had a photo or video of Clara as she listened intently and so obviously pondered this in her heart.

Right before it was time to turn out the lights and go to her pallet for the night, Clara cuddled me and told me she loved me. She reached up gently to run her fingers through my hair, and it was then that she drowsily uttered these words of obvious affection:

I have an appointment to have my hair cut and highlighted this afternoon. I think it might be time to talk to my stylist about texture, as well as color and cut.