In 1984, the Apple Macintosh computer was introduced.

Also that year, Ronald Reagan was re-elected to his second term as President of the United States, defeating Walter Mondale.

Geraldine Ferraro was the first female candidate for the Vice-Presidency.

“Jump” by Van Halen and “Say Say Say” by Paul McCartney and Michael Jackson were hits that year.

In 1984, Jordache jeans, legwarmers, and shoulder pads were the fashion trends. I wasn’t into legwarmers, but I sure liked shoulder pads. I was under the impression that they would make me look slimmer. You know, sort of like those slim linebackers that play for the NFL.

In the year 1984, the PG-13 rating was begun, to cover the middle ground between movies that were rated PG and R.

The Summer Olympics were held in Los Angeles that year.

“The Cosby Show” premiered on television.

In 1984, Michael and I bought our first house for $27,000. It was almost uninhabitable and I cried on the day we moved in, because I had no vision for what it could be. Michael was a builder who looked at the house and saw good bones and great potential. By the time he was finished with it I loved our home and never wanted to leave.

And in 1984, our family had our picture taken for our church directory. 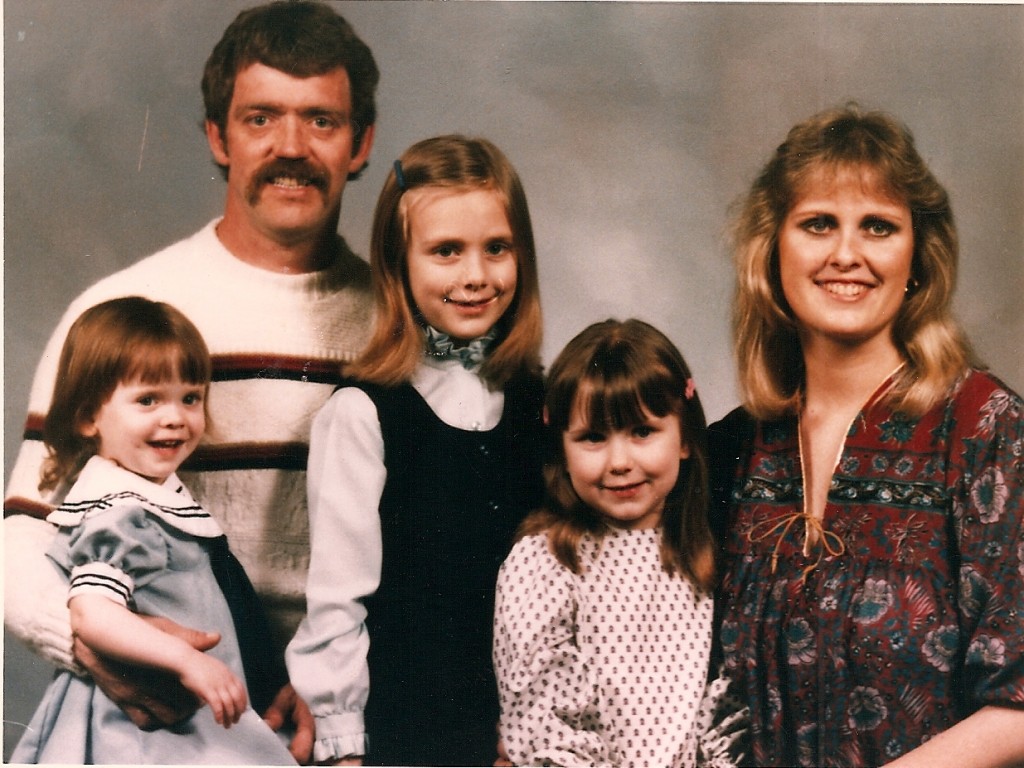 As we clean out closets and weed things out of armoires, I keep finding old pictures and doodads from long ago.

Do you remember what was happening in your life in 1984?