Yesterday my three grown daughters and I had lunch together before going on our first Segway tour. We all had delicious salads at a great place by the Lake, talked and laughed about how potentially embarrassing going on a two-hour long tour of our city on Segways could be, and then headed on over to the Segway tour office. It’s a fairly new thing in our city.

We had to watch a Segway safety and training video first, and the longer I watched the more my confidence faded. Although no one would know by observing me today, I was a fairly athletic and coordinated person when I was young (I played basketball, softball and volleyball, and was a cheerleader), so I felt certain that riding a Segway would be no prob. But the video showed a dozen examples of how if you go over a bump like this, you could fall backward and hit your head, or if you try turning like that, you could cause serious injury or even death, and if you tried to dismount your Segway in this fashion, it could get away from you and attack the person ahead of you. And before we got there, Sharon kindly informed us that the owner of the Segway company actually died after driving his over a cliff. Yikes.

During the video, Sharon, Carolyn, Sara and I sat there silently with our exceedingly fashionable helmets on, and looked at each other sideways not saying what we were thinking, “What have we gotten ourselves into?” Or more accurately, “What has Mom gotten us into?” Because this Excellent Segway Adventure was my choice. I want this summer to be a good memory-making summer for my girls and me, and we’re each going to choose something we four can do together. Sharon says she wants us to canoe the Brule River in Wisconsin, and that sounds very fun. Carolyn is thinking we might go horseback riding, and Sara is toying with the idea that we’d take some rowing lessons. Whew!

So once we signed our lives away on waiver forms, we went outside to take lessons on our Segways before heading out on the tour. There were six of us — one guide named Joe at the front with a microphone, four of us following him with earpieces on to hear facts about the sites of interest we were to see, and one guide named Travis in the rear.

Here’s a picture of Carolyn being shown how to get on her Segway: 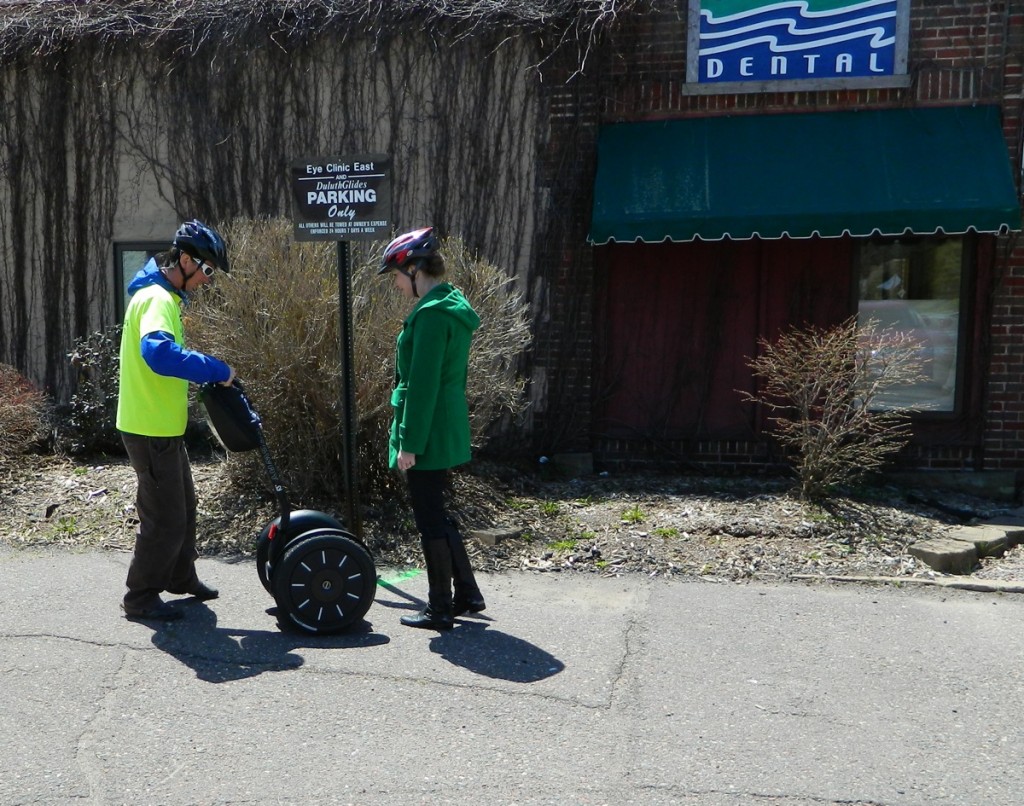 Once we all demonstrated that we could go forward and backward, turn a 360 degree circle, drive in figure eights between some orange cones, and stop, we all lined up like Segway ducklings following their mama, and tootled down the sidewalk in single file. We drove/rode/scooted for literally miles. We saw the sights in our beautiful city from a new perspective, and we kept grinning at each other as we realized we were actually Segwaying and not falling off! It was so fun.

Here’s a picture of Sara, Sharon and Carolyn driving their Segways (and yes, they are moving) in a park by Lake Superior. Every once in a while when we’d reach a large open space, the guides would say, “Why don’t you just tool around now wherever you like?” and the four of us would. By this time we were getting more confident and we zipped along pretty fast, and stopped quite smoothly. The Segway is amazingly intuitive; the slightest lean in one direction will send you off, and you can stop from a brisk pace by ever-so-slightly leaning back. 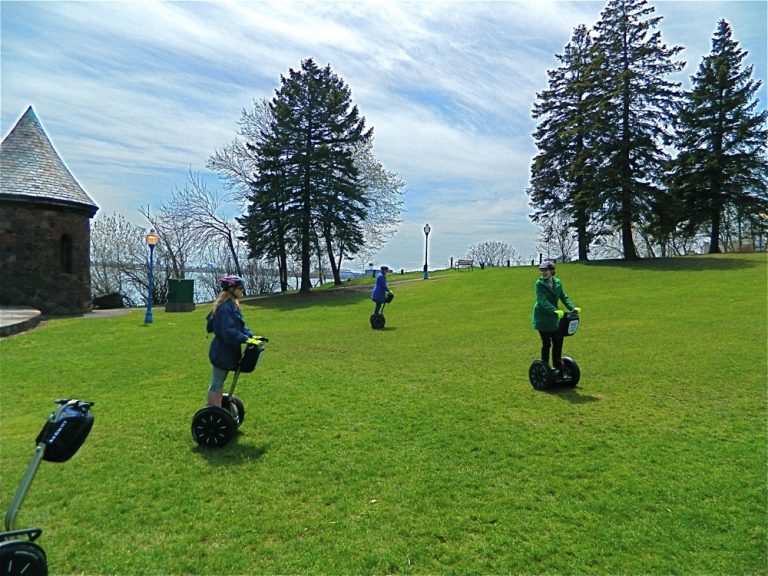 After passing through this park, we traveled a few miles on the Lakewalk, and once we arrived in the fairly crowded Canal Park where the Aerial Bridge is located, people were pointing and smiling and you could see others stop and stare as we tootled by. I think I’m going to keep using that word, because tootled seems more apt than wheeled or drove or trundled or moseyed.

We reached Canal Park just in time to see the 767 foot-long Arthur M. Anderson ore boat coming under the Aerial Lift Bridge, heading out into Lake Superior on its way to Lake Erie. The Arthur M. Anderson sailed on Lake Superior during the same storm that sunk the Edmund Fitzgerald in November of 1975. In fact, the Anderson was the last vessel to have contact with the Fitzgerald. If you don’t know the song by Gordon Lightfoot, you’ve apparently been living in a cave and might like to click here. 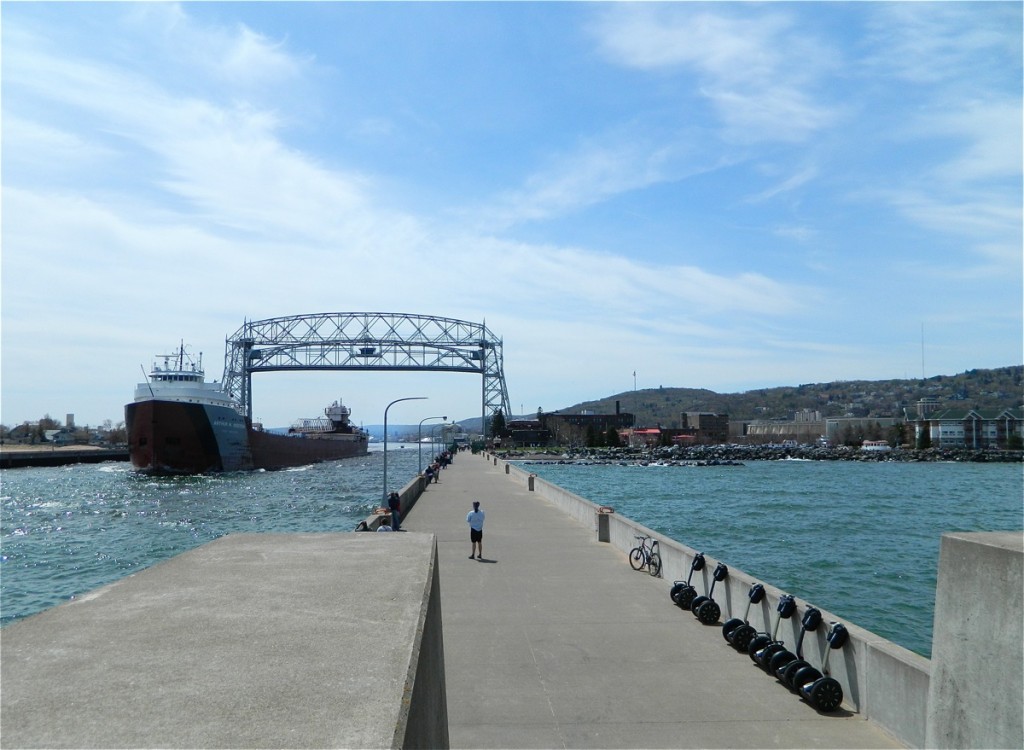 See our six Segways lined up against the wall of the pier there?

Here are my beloveds…Sharon, Carolyn and Sara: 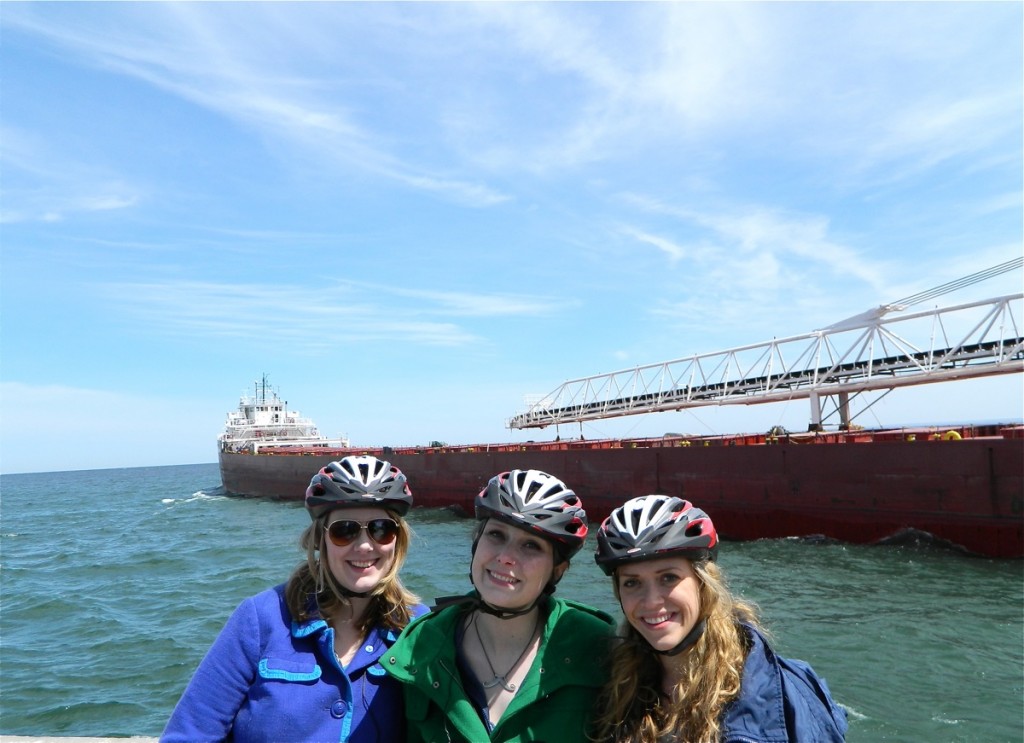 And here’s a view of our lovely city which sits on the shores of Lake Superior: 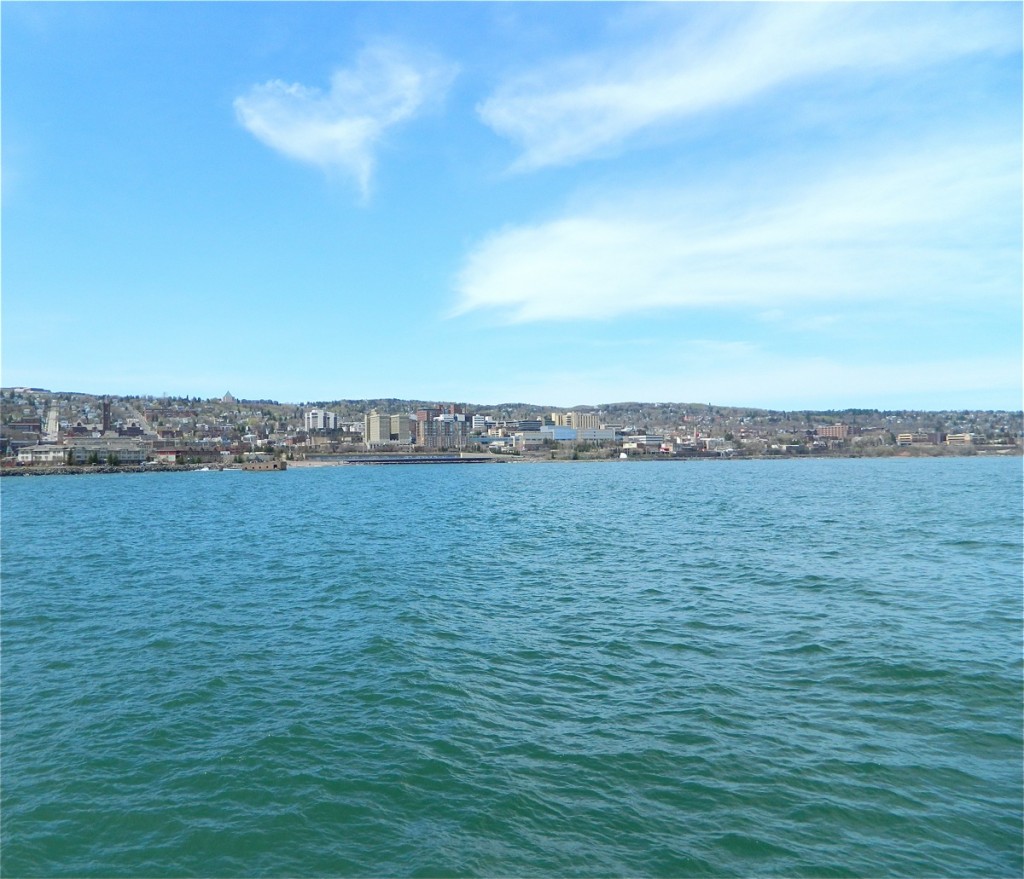 What do you see in those clouds above? I see a heart with two snakes trying to attack it. No! In Jesus’ name no! (Sorry, I do get carried away sometimes.)

We still had miles to tootle on our Segways after seeing the ship go out. By the time we returned to the Segway place, the arches of our feet were sore, but we all agreed riding the Segways was so much fun. “Mom, are you going to buy one?” asked one of my daughters. Ha. I don’t think so. But I don’t think it’s out of the question that I might drive one again someday.

I’m so thankful my three daughters were willing to make this good memory with me. 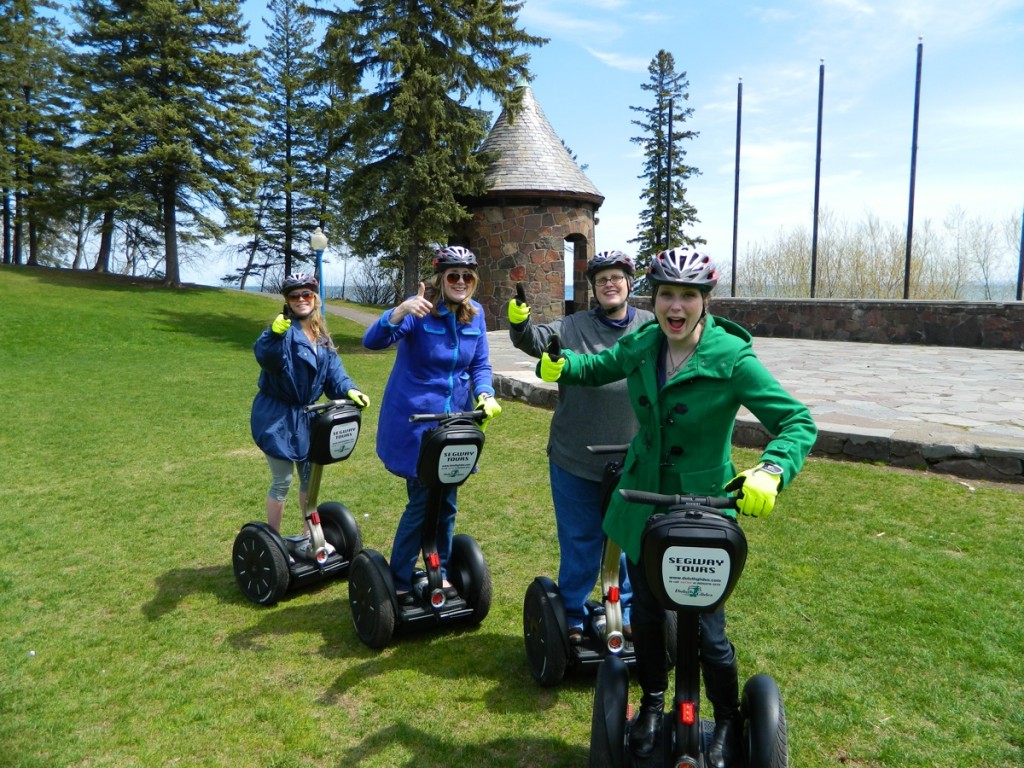 How about you? Have you ever ridden (or tootled) on a Segway?