When I woke up this morning around 4:50, the sun was already beginning to come up over Lake Superior. The weather forecast says the rain is gone for a while and sunny days are ahead. Literally, at least. Figuratively? I’m not sure about that one.

The birds start their singing right at sunrise, and several times this month I’ve heard a cardinal in the distance, but haven’t seen him yet. We have a couple of feeders on our front deck, and one with suction cups stuck to our front window, so several times during the day we can watch birds feed there just two feet from us. 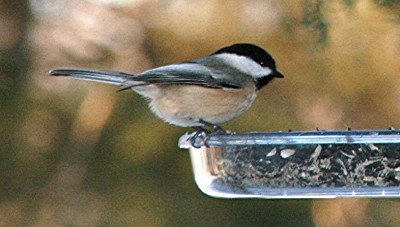 The chickadees are the frequent flyers, closely followed by many variations of sparrows. We had a blue jay at our pole feeder yesterday. We love how polite the chickadees are. While other birds just fly right to the suction cup feeder and cause the bird already there to quickly fly off, the chickadees perch on the deck railing and watch, only taking their turn when their friend has gotten his seed and flown out. They seem to have it timed perfectly; just as the chickadee in the feeder finds his seed and secures it in his tiny bill, he flies out and the next one on the railing flutters in that very same second. Maybe there’s a tiny manual out there called The Chickadee Book of Etiquette. 🙂

We’ve also had many purple finches. I’m not sure why they’re named purple finches since they seem reddish to me, but we love to see them. They look like common sparrows with a blush of red painted transparently over their top brown feathers. Do you have purple finches in your area? 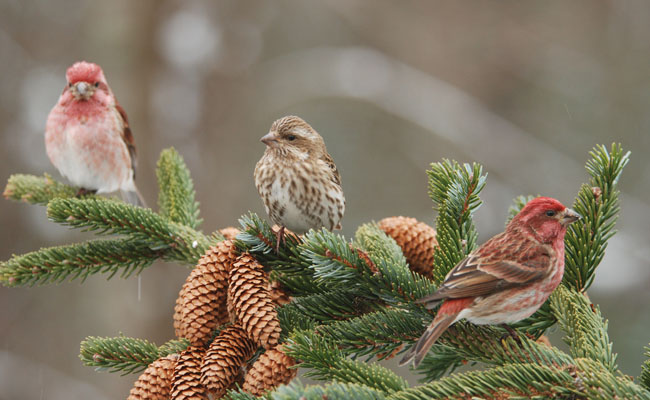 In a little over two weeks I’ll be having my knee replacement surgery, and I’m doing my quadriceps-strengthening exercises and making plans and lists for those who’ll be here caring for Michael and our Fosters while I’m away for three days and two nights. Dear friends have offered to bring some meals and I could cry from gratitude and relief.

Our original plan was for Michael to come down to Stillwater, MN with my friend Su’s husband Danny, and they would stay in a hotel together and come and visit Su and me in the hospital during the day. Now we’ve changed our plans and Michael will be staying home. He is becoming more confused with each passing day, and even though there’s no definitive test for this, his neurologist has implied that he is also developing Parkinson’s Dementia. Just this morning when I gave him a tall glass of ice water with fresh lemon juice squeezed into it, rather than take his morning meds with it like he usually does, he began to drop his pills into the glass first. I was able to reach out and intercept them, but when I told Michael to put them in his mouth instead of in his water, he said, “I sometimes do it like this too.” But he doesn’t.

I don’t know if any of you have ever seen a Parkinson’s patient festinate (another word for it is fenestrate) but it’s one of the saddest things I’ve ever witnessed. My husband used to be the epitome of the Minnesota outdoor man. He loved to hunt and fish, he was strong and active and had energy that never flagged. He was up and down ladders a hundred times a week, walking with perfect balance on scaffolding and roofs many stories high. He grew a beard for half the year and with his plaid flannel shirts, jeans and work boots, I often thought he looked like Grizzly Adams. Now Michael’s brain lies to him and tells him a normal doorway is too narrow for him to pass through, and he does the awful rapid shuffling called festinating as he tries to get into a room. Click here if you want to see what what a mild form of it looks like.

I read recently that relatives of Alzheimer’s patients say their loved one no longer recognizes them, but relatives of Parkinson’s patients say they no longer recognize their loved one. It’s horribly true. Michael’s personality seems to be fading away, and who I see every day is not a lot like the man I married in 1981 after only having met him one time.

His face is often blank, his head sometimes bobs grotesquely, his torso dips and sways from the side effects of the only medicine there is for him, and his speech is almost impossible to understand. I know my Michael is in there somewhere, that his spirit is alive and thriving, but unfortunately I don’t have spiritual eyes to see that yet. I believe it in faith. He and I used to read the Bible together almost every morning, and pray together for our children and friends. When I used to share a burden with him, he would take my hand and pray with such strong and quiet faith that I almost always felt better, and certainly didn’t feel alone. But it’s not like that anymore. I haven’t felt like reading with him much. And I have asked him to pray with me, but he forgets that we’ve prayed before an hour has passed, so I don’t ask so much anymore. And I often feel alone.

Doctors say that PD patients are impaired in the executive functioning part of their brain, the part that helps them look at a suitcase that needs to be carried and carry it, or a drawer that needs closing and close it, or feel a stomach that’s growling and feed it. It’s the part of the brain that helps us make decisions and gives a person the initiative to do what comes next. Michael began to lose that a long time ago. So now when I have to tell him to put on his jacket or eat an apple or drink some water or brush his teeth or wipe his nose, it makes me feel like his mother. And even though I’m working hard on not complaining and regularly counting my blessings (of which there are so many), I hate having to tell him when and how to do basic things. And I can tell he doesn’t like it either.

So when I woke up this morning I thought to myself, is this living? And the answer I gave myself was, yes it is. It may not be what you would choose, but you are alive and Michael is alive and God has given you this day to love, to be loved, and to experience His sufficiency and grace.

So today I resolve to watch the birds that come to our feeder and rejoice in how beautiful and miraculous they are. I will hug and kiss my husband and treat him like he’s still in there, no matter how much this ugly disease has masked and stolen from him. I will make us each a pineapple and almond milk smoothie and close my eyes while I’m tasting it, and thank God for food and taste buds and pleasure. I will turn on some music that will help me lift my heart up to the Lord, and I will sing along with it and dance a little bad-knee-jig for a minute or two.

And if we are headed into the desert, I will remember that Jesus has been in the desert before us, and that with Him we have nothing to fear.