The icing on the Lake

Since the winter-like weather always seems to dominate news and conversation here in Northern Minnesota, I thought I’d share a couple of photos that were taken recently. We live a hop, skip and a jump from enormous Lake Superior, and it’s not unusual to see people walking on its frozen surface during our many winter months. Even in April! 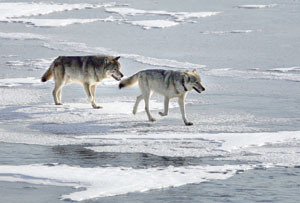 Apparently if you were in the right place at the right time, you could also see a couple of timber wolves taking a Sunday stroll on the icy surface of Superior. 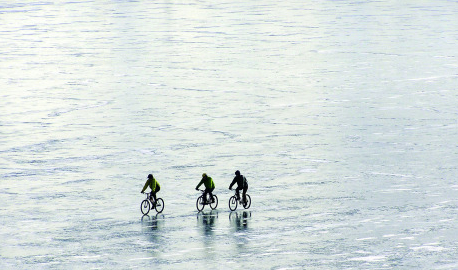 And I wonder if the wolf couple eventually met up with this trio of cyclists, also using Lake Superior for their bike trail?

We have had temperatures in the high forties of late, so the wolves and the bikers have had to seek alternate paths.