When I was almost seventeen years old, I got engaged. It was a very unwise thing to do, but that is another blog post for another time. So then I got married when I was eighteen, in a little mining town called Rough and Ready, in the foothills of the Sierra Nevada Mountains. I really thought I knew what I was doing back then. Today at age fifty-one, I look back on the common sense I was obviously lacking and all I can say is “Oh brother. What was I thinking?”

As most young women do when they’re daydreaming about marriage and the ruffled kitchen curtains and strawberries and cream for breakfast and sunbeams waking them each morning to (gasp!) yet another day of love, I dreamed of someday having children. And I even thought ahead to the beautiful names we would choose for our offspring.

For a whole year, even though we didn’t have plans to start a family right away, I was certain that if my first child was a girl I would name her Farrah Fawn. Yes, you heard it here first. Farrah. Farrah Fawn. While living in a three-room trailer on the banks of the winding Yuba River in Smartville, California, I doodled the name Farrah Fawn L____, Farrah Fawn L____. Apparently the famous Farrah was at the height of her famousness during this time, and the name had crept into my brain as a good choice for my first daughter. I was never a fan of “Charlie’s Angels” nor of deer. I repeat, what was I thinking? Today they say the adult brain isn’t fully developed until the age of twenty-five, and I think my little foray into weirdness with the name Farrah Fawn is good evidence of that.

During that first year of marriage I was far away from my home town and from the family and friends I had taken for granted, and I had a lot of time on my hands. It certainly didn’t take long to clean three small rooms in a trailer that measured eight feet wide by forty-eight feet long. And panning for gold on the Yuba lost its luster when the few flecks we found were smaller than DNA. We had two dogs that kept me company while my military husband went to his military job each day. One pooch was a stout-bodied little Schnauzer named Prissy; the other was a massive and tangled canine mop — an Old English Sheepdog named Amy. I learned to cook Pepper Steak and Rice — something I’d never eaten in my life, but a dish my husband loved. I read John Steinbeck. I got my first sewing machine and started making my clothes. I listened to Fleetwood Mac on our stereo. And I doodled the name Farrah Fawn on sheets of notebook paper, picturing how absolutely perfect that name would be for our first daughter, if we should ever be so blessed.

Well, we were so blessed. And thank God for small miracles, because I came to my senses and abandoned the harebrained idea of naming my first child (who did turn out to be a beautiful daughter) Farrah Fawn. Instead we opted for something less trendy, less alliterative. Something a little old-fashioned, something classic and feminine, easy to spell and pronounce, but not too common. We named our first child Sharon Lindsay.

Today she is a thirty-something young woman with a great husband we love, and three precious children under the age of seven. She’s over six feet tall, is an LFW, and thankfully doesn’t look like a coy and mane-tossing Farrah Fawn at all. She is lovely, and she looks like a Sharon. She used to teach high school, then started her own business which is doing well. She calls me almost every day and we have to exchange the minutiae of our lives or it just doesn’t seem right. She knows she can tell me something off-the-wall that made her laugh, and that I will get it. We are alike in many ways, and also so very different. 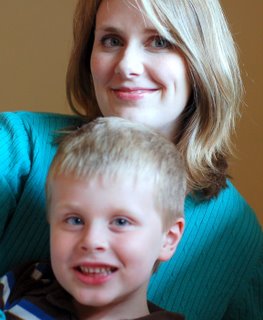 I was not blessed with only one daughter, however. I am a rich woman with three beautiful grown daughters – you can see each of them represented at the top of this page in the three hangings on the wall. I will be writing about each daughter more than once in coming months.

But I was just thinking today about how thankful I am that I didn’t name my first child Farrah Fawn. My first child is probably pretty pleased about that too.

I’m glad I named her Sharon. And I’m so happy and proud that she’s my daughter.