On that final day

Many years ago a good friend shared with a group of us that she would give anything to be a fly on the wall at her own funeral. So, a zany bunch of us planned Joanne’s funeral while she was still alive, and we graciously invited her to attend. It was held in the evening at a friend’s house.

My husband Michael built Joanne a makeshift coffin, which was laid out on the dining room table. There were chairs set up in the living room as in a funeral parlor, candles lit, flowers placed, somber music playing in the background. All of us wore black, even our friend (who was approaching sixty at the time). One by one, everyone came up to share personal eulogies and memories about our friend, while she laid there motionless in the coffin, listening. Some comments were more serious and truly heartfelt, most were a little on the goofy and melodramatic side, and I remember seeing Joanne trying to keep a straight face as she laid there and listened to all of the weeping and wailing and reminiscing. We dabbed at our eyes with hankies and some even threw themselves across the body in practice grief. Then a couple of us performed a song, an oldie with words we rewrote for the occasion: “It’s my funeral and I’ll cry if I want to, cry if I want to, cry if I want to…you would cry too if it happened to you!”

Then we had a funeral lunch. And Joanne climbed out of the coffin and joined us for that.  It was agreed that a good time was had by all. 🙂

Some of you are thinking this is pretty funny. Others are reading with a raised eyebrow and thinking it’s kind of sick. This sort of humor is not for everyone. I think since our friend Joanne (a wise and dignified woman we all love so much) wanted this and could laugh at herself, it was okay. It certainly created an unforgettable memory for all of us.

I don’t plan on asking my friends and family to stage a funeral for me before I die, although I do relate a little to the curiosity of wanting to know what will be said after I’m gone. I’ve left my wishes and instructions in a file on my computer and my family knows all about it. They won’t have to guess what I want, who should sing, what I should be dressed in, what verses should be read, etc. I don’t want them to have to wonder about any of that at the time of my passing.

But I do have one special request for that day that only God can fill.

This is what I would like to happen outside our window on the day that I die, and I would want it to occur so that all my family members were in one place at the same time to witness it. 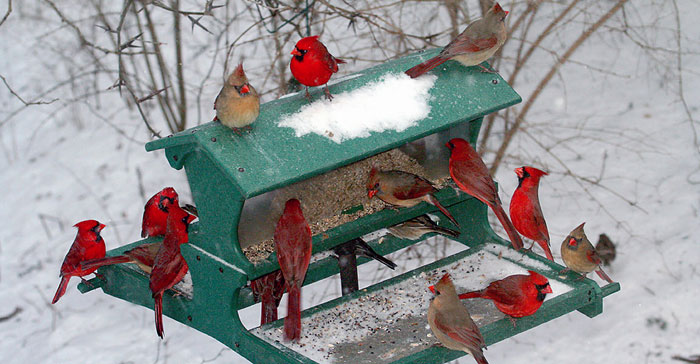 I don’t know if it will happen, of course. Only God could orchestrate something this lovely and miraculous. But it certainly doesn’t hurt to ask.