Almost two weeks ago I took one of my fosters and three granddaughters to see Christian comedian Tim Hawkins in concert in Minneapolis. I’ve seen him three times now and he just keeps getting funnier and more worth seeing. He usually comes to Minnesota each fall, so I told my friend Su that she and her husband Danny should come down with us next year, because they like Tim too. I think spending an entire two hours laughing is time well spent. I honestly don’t see a lot on television or in the newspapers these days that make me want to bend over at the waist and howl with laughter.

We had premium seats, which meant that we were a little closer in the huge church to the stage. It was a packed house, but we got there a little early, and here’s a picture of my granddaughter Vivienne taking in the digital wizardry that’s part of the pre-show. 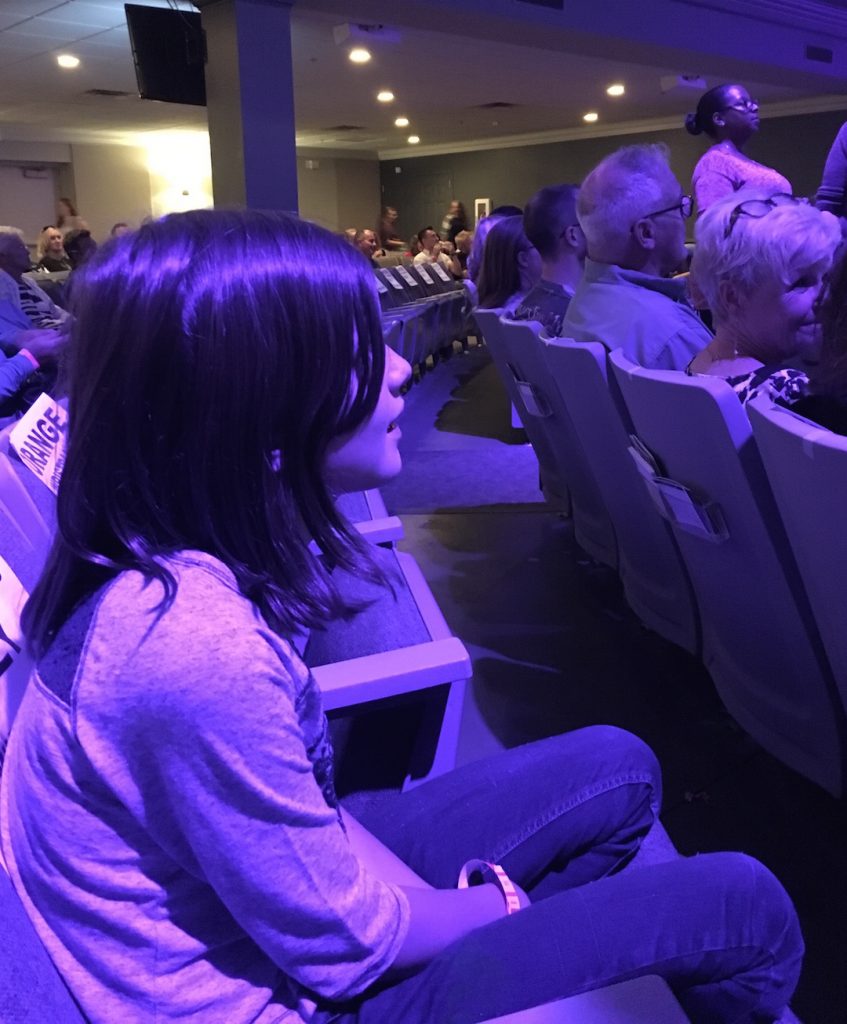 I took the kids to IHOP the next morning where everyone ordered different kinds of pancakes (red velvet?) along with sausage or bacon, and then we made the drive home, singing off and on to “G.T. and the Halo Express” for most of the almost three hours until I dropped them all off.

I’m still walking (sometimes strolling is a better word, considering a recent mysterious injury in my left knee) in the cemetery a couple times a week, often with my friend Su. This is the time of year when it seems almost transcendent to be there. I walk through the quiet paths overhung by huge, old trees that are beginning to turn color, and the fall wind hints of winter as it blows through my hair and makes my eyes water. I see squirrels hurrying around with their winter preparations, and watch the geese eat the grass and squabble at each other before taking off in unison into the sky to go investigate the next pond over. At the cemetery and during this time of year, it almost seems like I can hear the whispers of heaven, but just not quite. Do I think this because my beloved’s body lies beneath the earth in this place? Is it because in a place of the dead I’m reminded that this earthly life is only a preview of what is to come? I don’t know how to put the right words to it, I only know that when I’m there in the cool mornings, it feels like the unseen veil between this life and the next gets thinner and thinner.

I’m often intrigued by the headstones, and I took a few pictures last week. 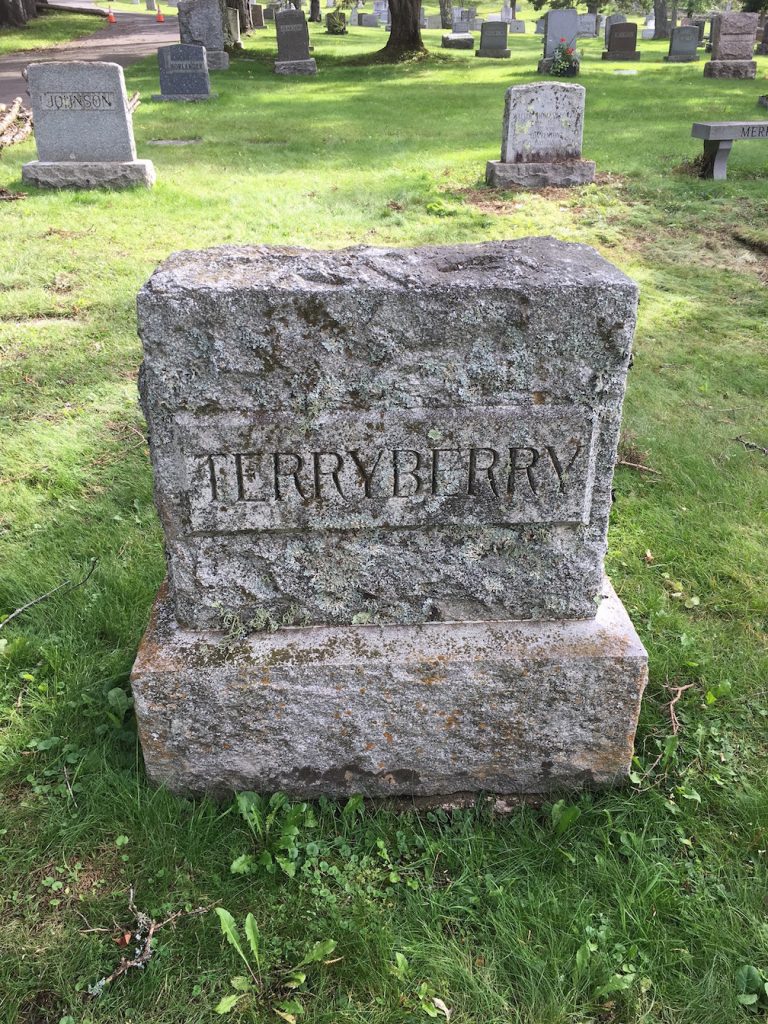 Su and I walk by this grave all the time and it always makes me want to chuckle. I wonder if Mr. or Mrs. Terryberry ever got teased for their last name? Did kids do that sort of thing a century ago? Or was Terryberry a normal last name and it was no big deal? I wonder if there are any Terryberrys today? And could there possibly be a married couple out there somewhere named Barry and Terri Terryberry?

In July the fierce storm that ripped through our city and downed thousands of trees really hit the cemetery badly. There are scenes like this all over, even though the cleanup is still ongoing: 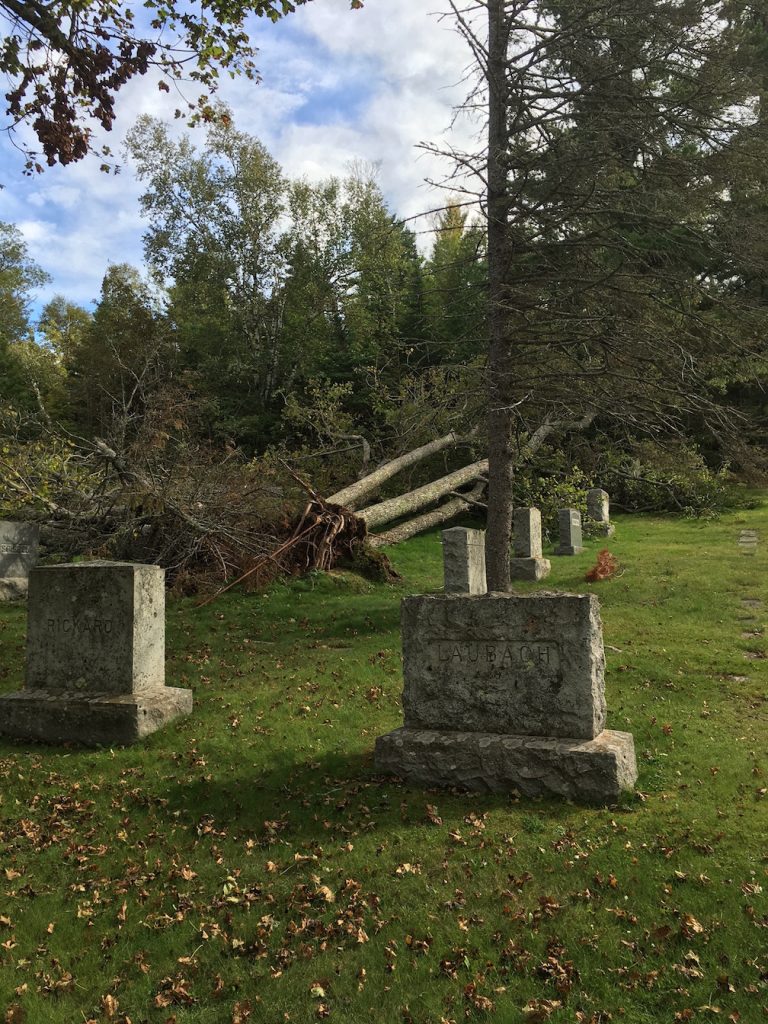 And I can never resist taking some pictures of how gorgeous things get in our neck of the woods every late September: 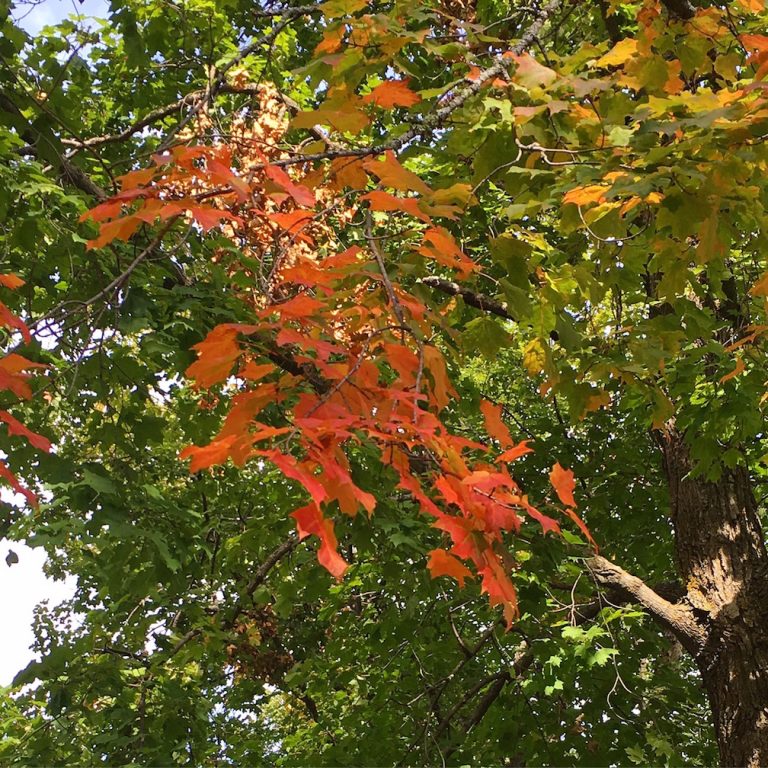 Are the leaf colors changing where you live? This is one of the things I love most about living in Minnesota.

I think Alma and Herbert Krause say it well: 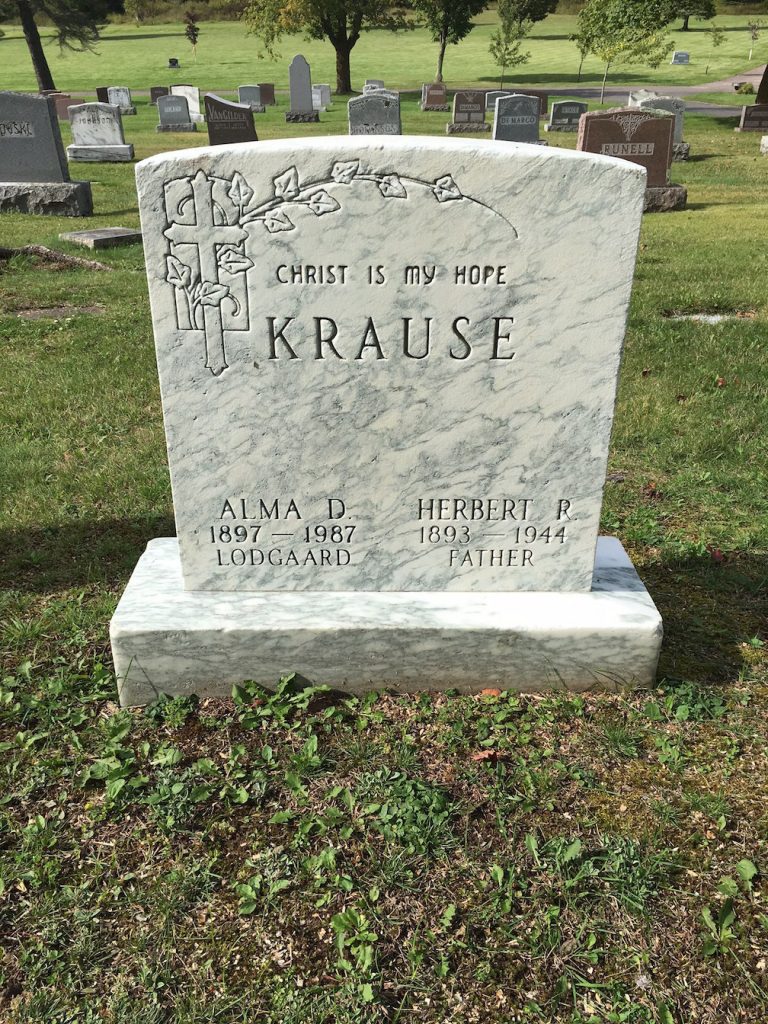 I realize that might sound a bit one-dimensional and simplistic to some, but it’s the truth I cling to. And perhaps more accurately, I believe it is the truth that clings to me.