If you could live anywhere…

I’ve done a lot of blathering about moving lately. Before we moved to the house we live in now, I was deathly allergic to moving and never spoke of it. I had put down deep roots at the place we lived before, and I never pictured myself leaving, except feet first.

Well now that our house is up for sale, we might move. If it doesn’t sell, we won’t move. (I ask you, where other than here can you read such profound truths?)   🙂

Other than the Highlands of Scotland, the Swiss Alps and Asheville, North Carolina, the one place I would like to live probably more than any other is the North Shore of Lake Superior. If you’ve ever driven north on Highway 61, I don’t have to explain a thing to you. It’s some of the most gorgeous, pristine, rugged land in the world. And it overlooks the largest freshwater lake, which is so vast it looks like an ocean.

Recently I had the pleasure of having raspberry lemonade on my back deck with a wonderful woman who has an exquisite, almost luminous gift with words — Beryl Singleton Bissell. I first became acquainted with Beryl’s writing several years ago when a friend told me about her book, The Scent of God.  I couldn’t put that book down and I wish I could give apt words to what it’s like — it’s the masterfully crafted memoir of Beryl’s life as a daughter, a nun, an ex-nun, a wife and mother, and the beauty and heartbreak woven through it all. I have purchased that book several times to give as a gift.

I knew Beryl’s new book was coming out soon since I check out her blog regularly, and when it was released I ordered it right away. It’s called A View of the Lake, and I’ll be giving away a copy on the blog this week! 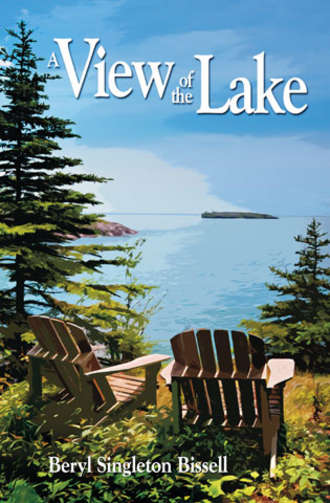 I read the book in two sittings — each chapter is a delightful essay about what it was like for Beryl and her husband Bill to leave their busy lives in the Twin Cities area and move to a house right on the edge of Lake Superior, in the tiny town of Schroeder, MN.

One reviewer said this about the book: “Beryl’s short stories are like glimmering jewels for the mind and soul. She brings her readers into a world where humanity and nature become one. A world so thoroughly magical and melodious that we don’t want to depart once we’ve entered.”

I don’t think we’ll be moving to Schroeder or Tofte or Lutsen any time soon. But I will pick up Beryl’s book again when I need a little transporting to a quieter way of life.

Take a few minutes to check out Beryl’s site, and I would really encourage you to get a copy of The Scent of God. Also, I have an autographed copy of A View of the Lake by Beryl Singleton Bissell, and I would love to give it away this week. All you have to do is leave a comment here on the blog answering this question: If you could live anywhere in the world, where would you live, and why?

Comments will be taken until 10:00 Thursday morning (July 21st), and the winner of A View of the Lake will be randomly chosen and announced then! I promise you will love Beryl’s book, and like me, you will probably end up loving Beryl as well.