How to fall back asleep

I usually don’t have any trouble falling asleep at night. Getting up between 5:00 and 5:30 a.m. helps with this – by 8:00 p.m. I’m yawning and starting to turn into a pumpkin. I’m usually propped up in bed by 9:00 with something to read, and the hypnotic effect of my eyes tracking back and forth, back and forth across the pages of my book usually puts me to sleep within ten minutes.

What has become an issue for me is staying asleep. Women readers past the age of forty-five will most likely have experienced this. Most doctors call this middle-of-the-nighttime wakefulness “menopausal sleep disturbances,” and while it’s nice to be able to call it something official, it’s still unfortunate to be dead tired and awake, and unable to go back to sleep at 3:30 a.m.

I’ve tried various things to help myself go back to sleep. One: sometimes I pray. But often I then start thinking about all the things that are heavy on my heart and lying there in the dark of night silently talking about them isn’t conducive to good slumber. I know that prayer should bring peace and that I’m supposed to be leaving my concerns with Jesus when I pray, but somehow when I’m exhausted and listening to Edith the Schnauzer snore and I know I have to get up and function well in a couple of hours, prayer just makes me more wakeful.

The second thing I’ve tried is scripture memorization. I have tried going over the verses that the SAGs have worked on together, and I like this activity and feel it’s a productive way to fill a few sleepless hours, not to mention that it’s the way to renew my mind. But sometimes I want to make sure I’m getting the passage right, and then I feel the need to take the tiny flashlight in my nightstand drawer and look at the index card the verse is written on. Sometimes I can do this without waking Michael, other times not. So I haven’t tried this activity in quite a long while.

Sometimes when I can’t sleep I just get up and go downstairs and read the morning paper online. Or I might write a blog post on sleeplessness, Schnauzers or stuffed baked potatoes.

Sometimes I’ve resorted to taking pills. I heard a long time ago that many people just take Benadryl when they need a little help falling or staying asleep. It’s an allergy medication that makes you drowsy. I tried it and it worked. But since I don’t need the allergy medication, now I just buy the pills that have the drowsy-making medication and not the allergy ingredients. Here’s what I occasionally take and it works well – rarely do I wake up and stay awake if I’ve taken two of these. 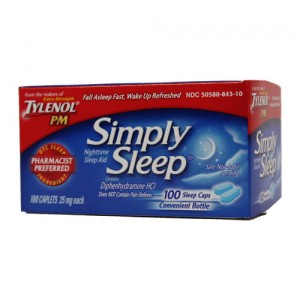 For the past couple of months I’ve tried another tactic and while it’s a long and meandering path back to sleep, it’s simple and can sometimes be pleasant. I try slowly counting my respirations, beginning at the number seventy-three, going backwards. Don’t ask me why I start at seventy-three — it was just the number that popped into my head one sleepless night as I was trying to figure out what to do about being awake yet again. I guess seventy-three was better than a hundred, in my mind. You might think ninety-one or sixty-four is the number you should start with when you’re lying wide awake at night, and I totally support you in this.

What happens when I start silently counting backwards is always a surprise — I never know where I’ll end up. The only sure thing (at least so far) is that I will fall asleep before I ever get to “three, two, one, zero.”

It goes something like this. I wake up again after a few hours of good, solid sleep. But it’s 2:42 or 3:17 a.m. and I don’t want to get up yet. And I would like to sleep a little more, so I’ll have the ability to be somewhat friendly in the morning and throughout the approaching day. So instead of counting those proverbial sheep, I begin to count my breaths. Slowly inhale, exhale — seventy-three…seventy-two…seventy-one, seventy, sixty-nine, sixty-eight…hmmm…1968 was the year I was in sixth grade and Miss Nancy Curry was my teacher…I remember that kelly green knit sleeveless shift she used to wear, the one with the bone colored stripes up the side of the dress, and how she wore a bone colored bow in her hair too. I remember she wore cinnamon colored nylons which was the trend then and you don’t see anymore. She taught us about South America that year and she pronounced Venezuela Ven-soo-AY-la

….sixty-nine…wait, was I at sixty-nine or sixty-eight? I can’t remember, better start back in the seventies so I’ll make sure I don’t skip a number…seventy, sixty-nine, sixty-eight, sixty-seven, sixty-five…oh, that was the year my brother graduated from high school – he was eighteen and I was eight — I hope he’s okay right now – Lord please touch him and help him…sixty-five, sixty-four, sixty-three, sixty-two, sixty-one…I cannot believe Michael is sixty-one years old. It seems like just yesterday he was my handsome 32 year-old groom and now next year we will celebrate our thirtieth wedding anniversary…thirty, twenty-nine, no! wait! I was in the sixties I think…. which number was it? I’d better start at sixty-nine again. Sixty-nine, sixty-eight, sixty-seven, sixty-six, I always seem to forget what number I’m on as I breathe in, breathe out, but it’s relaxing and I’ll probably fall asleep again before I get to zero.  Oh yes – our thirtieth wedding anniversary – where should we go to celebrate?

I would love to visit the Alpine countries – I would love to hear cowbells on Swiss slopes and listen to some yodeling, or even visit Salzburg where The Sound of Music was filmed. I love that movie – I wish life was more like that movie. I wish I could be more like Julie Andrews – kind and gentle and innocent and lovely. I would like to sing and dance with my daughters in front of the villa like that too.

Sigh. Sixty-one. Oh where was I? I think it was sixty-six. Breathing slowly – inhale, exhale. Sixty-five, sixty-four, sixty-three, sixty-two, sixty-one, oh I remember now I’ve counted to sixty-one because I thought about Michael. Sixty, fifty-nine, fifty-eight, I think that’s when Lorna was born…fifty-seven, isn’t there a classic Chevrolet with fins from 1957? I think the Langs next door had one. I know my parents never drove Chevrolets and always preferred Buicks. I remember the beige colored LeSabre station wagon we had – it was a 1963 model and its license plate was black and yellow, and that was before California went to the dark blue and yellow license plates.

I remember our first blue and yellow license plate but that was on our 1970 Buick LeSabre – the green one that wasn’t a station wagon. Fifty-six, fifty-five. It’s so strange that I can remember the license plate from that green LeSabre – 889 BIX.

My mom even drove that for a while after she moved to Morro Bay. And I can recall part of my grandpa and grandma’s license plate on their 1960 black Cadillac – JBP but I can’t remember the three numbers to that one. Larry’s little blue VW he brought home from Germany eventually had a California plate that said TRF 043. Fifty-four, fifty-three, fifty-two – I can’t believe I’m fifty-two years old…oh yes I can when I look in the mirror. Fifty-one, fifty, forty-nine, wasn’t there something about a gold rush in a year that ended in 49? I’ll have to look that up. I loved living in the foothills of the Sierra Nevada Mountains in Gold Country. 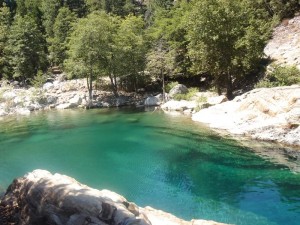 I wonder if our little three-room trailer on the Yuba River in Smartville is still there? It was eight feet by forty-eight feet and I played Fleetwood Mac all the time and ironed lots of military uniforms in it. I’ll look on Google Earth tomorrow to see if I can find it. Where was I? Inhale, exhale. Fifty-nine? I know I was in the fifties. There was the two-tone car with the fins…maybe I’m in the forties. I’ll start at fifty again to make sure I don’t miss a number. Fifty, forty-nine, forty-eight, forty-seven, forty-six, forty-five, forty-four – wasn’t that Jerry West’s jersey number when he played for the LA Lakers? I think so. 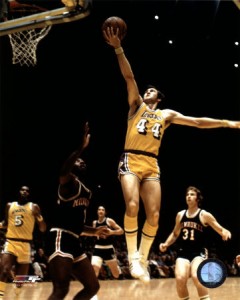 And I wonder why they call the Boston Celtics Celtics with a soft sounding C instead of the hard C that we always use nowadays for the word Celtic. I wonder if Michael and I should go to Ireland for our thirtieth anniversary? He would love that. We need to spend more time there this time and see more than just Dublin. Oh, that Bed and Breakfast in Dublin was so cold…brrrr. Thirty, twenty-nine – no! I’m in the forties! Was it forty-seven? Probably not. Forty-three, forty-two — I hated that movie, The Summer of Forty-Two — just too sad….Inhale slowly, exhale slowly…

And I don’t think I’ve ever gotten down to the thirties yet before I’ve fallen fast asleep once again.

So if any of you need a practical method to help you fall back to sleep at night, try counting your breaths backwards, starting at seventy-three.

Let me know how this works for you.