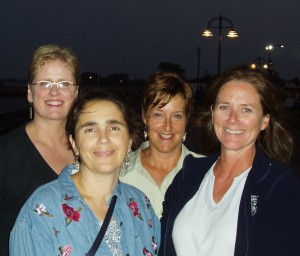 Allow me to introduce you to the SAGs. This group of four women has been meeting together monthly for almost seven years, and it all began when Pat got an interesting idea.

Pat had read a fictional book about a group of women who called themselves The Saving Graces. In the book, these women were from diverse backgrounds and were different ages, but they met regularly and saw one another through all the happy and heartbreaking things life hurled at them. Pat thought it would be good to start a similar women’s group, where we could share our lives, carry each other’s burdens, laugh together, be loyal listening ears for one another, hold each other accountable, and encourage each other in our faith in Christ.

When Pat first shared her vision about this, I’ll admit I was a little doubtful. Not because I didn’t like the idea, but because all four of us hadn’t spent loads of time together prior to this. We all knew each other from church, and the other three had been pretty close friends before this, but I wondered if just putting us all together every month and calling us a women’s group might not be a little forced. I wanted it to work, but because I am a dark-hearted melancholic, I was dubious that it would. Was I ever wrong.

It has been close to seven years now, and we haven’t missed a month of getting together. Right off we searched for a name to call our little group. Saying goodbye to each other with, “See you at Women’s Group on Wednesday!” just didn’t have that special ring to it. After laughing about a variety of titles each of us suggested, we settled on The SAGs, short for The Saving Graces. Which is what this group truly is.

We meet together each month, and we take turns choosing which restaurant to go to. We enjoy a meal and then spend hours catching each other up on our lives, crying together about the hard times, laughing and rejoicing about the good, and reminding each other about what is true. 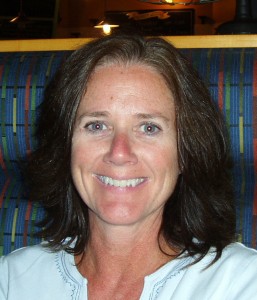 This is Gail. She is a devoted wife to Mark, and they have three phenomenal adult children. Gail is a Physical Therapist, an avid reader, a quilter, and a friend to many blessed women. She grew up in Massachusetts, part of a large Irish family, and like me, is a grateful transplant to Minnesota, where she met her husband years ago. Gail loves to learn, and she’s also a wonderful, sensitive listener.

Gail is the heart of The SAGs. She is kind, full of compassion, warm and tender, affectionate and encouraging. Everything she does and says literally “beats” with life, and is pumped into the rest of us, giving us hope and comfort.

And this is Pat, the one who came up with the idea for The SAGs. She is married to Mark, and she has two very gifted adult children. Pat grew up in a tiny rural town in Minnesota, part of a hardworking family who made faith and a strong work ethic part of their everyday lives. Pat works with women who are victims of domestic abuse. She is a super-fit cyclist who considers riding her bike 100 miles in one day no big deal, she’s a voracious reader and organizes a long-standing book club, and she knows how to maintain her many cherished friendships.

Pat is the mitochondria of The SAGs, the constant energy-infuser of our little group. Pat is one of those people whose very presence lifts, relieves, and enlivens. Her smile, personality and sense of humor truly energize us, and there has never been a time after being with her or talking on the phone with Pat, that I haven’t felt better and more hopeful. 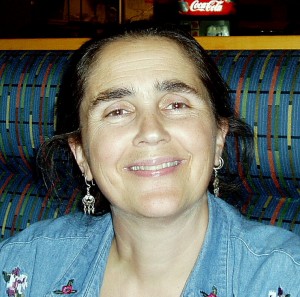 This is Lorna. She is married to Steve, and is the blessed mother of three brilliant adult children and has four sweet grandbabies. Lorna grew up in a large, musical family in rural northern Minnesota. She has the voice of an angel, and uses her gift of song whenever asked, which is often. Lorna teaches Kindergarten, loves to read, quilt, and bake. She has a selfless servant’s heart, and can always be counted on to lend a hand wherever needed.

Lorna is the lens of The SAGs. She has a deep love for God’s Word, and is always able to help the rest of us gain perspective when it’s sorely needed. She helps us to focus on Jesus, and to look through that lens of truth in our life circumstances. 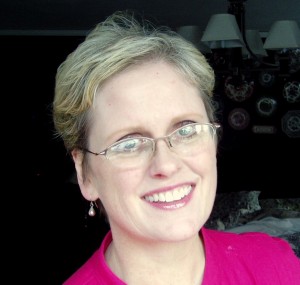 And this is me, Julie. You can read more about me here and all throughout this little blog. The three other SAGs have said I am the brain of our group, but it’s certainly not because I’m any brighter than they are. I am not – these are such smart women, it’s scary. I guess I could be thought of as the brain because I’m an organizer, like to make sure things are remembered, and am always, always thinking and (sometimes uselessly) analyzing. The brain is the control center, and there have been a few times in my life when I’ve been called a control freak.

Over our seven years together, we have eaten at almost every restaurant in our area. We have driven far to dine in beautiful surroundings, we have had fellowship around simple tables with hamburgers and fries. We have dressed up and had our SAGs meeting on a train, and in the rain. And in a boat, and near a moat. Oops – that’s Dr. Seuss. No boat or moat, but that’s giving me an idea – maybe someday! We celebrate our birthdays together. We have taken walks, driven a four-seater bicycle carriage with a canopy, and sat in a van after dinners, praying together for our precious children.

We have memorized scripture together. We each have a spiral bound booklet of note cards, and each month one person chooses the restaurant and the verses we’ll work on during the coming month. At the end of the night, we say our scriptures out loud together one right after the other. II Corinthians 9:8, Lamentations 3:37-38, Romans 4:21, and I Corinthians 13, among many others, will always be hidden in our hearts because of The SAGs.

Sometimes our life circumstances are such that we’ve considered “calling an emergency SAGs meeting” – that’s how important our fellowship and support is to us. And yet we all have other dear friends, and there are aspects of our lives that don’t always intersect outside of SAGs.

And we do our share of laughing together. You can imagine the mileage we’ve gotten out of the name we’ve settled on for ourselves. The SAGs. What does that conjure up in your mind?  Probably the same things it conjures up in ours!

One night after a fine dinner, we SAGs were sitting out on the huge rocks by the shore of Lake Superior, talking about our lives in Christ, about books, children, and our hearts’ deepest desires. And then we got on the topic of which of our own sagging parts we would change if we could.  🙂 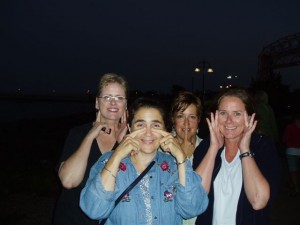 Here are the SAGgy gals, holding up the parts of us we wish weren’t so saggy. (At least the parts we could put in this photo.)

In truth, we really do hold each other up. That’s what Pat’s dream was all about, and that’s honestly what the Lord has done in our midst. He has brought us together and taught us more about Himself through our little group. For me personally, I have learned more about love and loyalty and acceptance by being a SAG. Gail, Pat and Lorna have done for me what I couldn’t have done for myself.

We even talk about growing old together, continuing to meet each month for as long as we are able. We have spoken candidly about how the odds are that three of us will attend the first funeral among us, and we’ve solemnly promised to share at each others’ services. We do life together, and we want to be there for each other in death as well. We share the wonderful promise in which Christians rest, that we are His and He is ours, not only in this life but in the next.

Meet the SAGs.  I thank God for them…these Saving Graces.