My oldest friend Denel came to from SoCal to northeastern Minnesota to visit us last week. Apparently all the cool people in Southern California say SoCal now. I wonder if we slow and cautious northern Minnesotans will ever call our neck of the woods NoMin? (Man to airplane passenger on his left, “Where are you from?” “NoMin,” she replies, and the man gathers his newspaper and briefcase and searches for another empty seat.)

Anyway, Denel and I have been friends forty-seven years, since we met in Mrs. Lokken’s second grade class at Workman Avenue Elementary School in West Covina, CA. If you haven’t read my post about Denel and seen the goofy photos from our childhood, you can check it out here.

And while Denel was here, this broke: 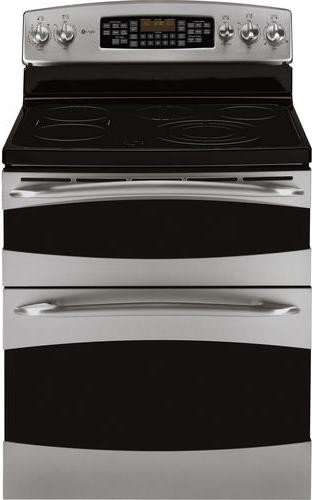 We bought this very nice GE Profile double oven range four years ago right before we moved into this house. All of a sudden the digital display started flashing “LOCKED LOCKED LOCKED LOCKED LOCKED” and while the oven doors were not LOCKED, neither oven would heat. We unplugged it. We turned the breaker off. We kicked it in the shins. No luck. So instead of having my homemade version of this: 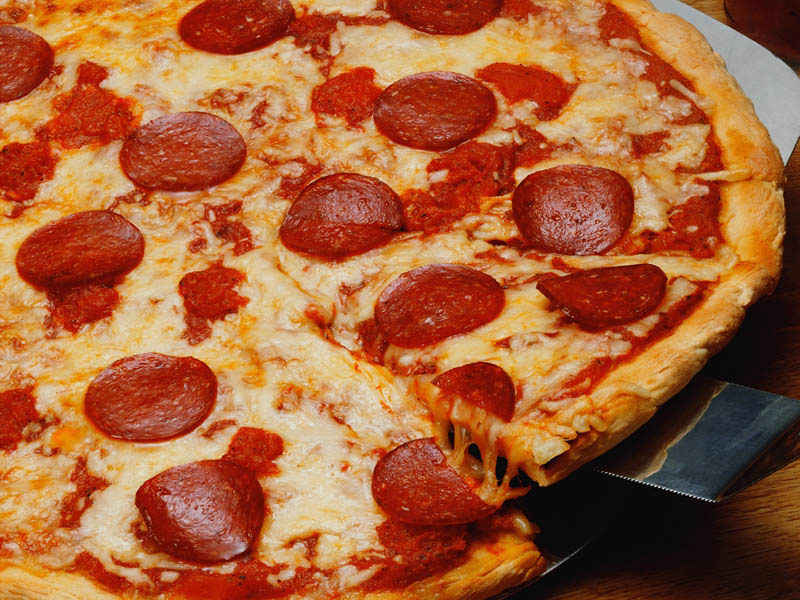 …we ordered out. Which is what I think we’ll be doing now until our four year-old range is repaired, not this week, not early next week, but on Friday, November 11th, to the tune of $457.00. That is almost half what we paid for the appliance. I thought about going out and buying a new one instead of investing so much in the old one, but I didn’t want to change out of my sweatpants and my saggy bra. So for the next nine nights, I’ll be using the crockpot, or The Barefoot Contessa will be stopping by to do some cooking for us, one of the two.

Carolyn is in rehearsals right now for our local community theater’s Christmas musical, Rodgers and Hammerstein’s The Sound of Music. I love that movie! I would like to be Julie Andrews in that movie. I think being willowy and shy and gentle and beloved would be a very good thing. And living in Salzburg might be a nice change too.

Here’s who Carolyn will be playing:

Yes. The Baroness. Elsa von Schraeder. She was from Vienna and had a lot of money. She smoked. She had multi-tasking eyebrows. She wanted Captain von Trapp to marry her, but Maria stole his heart when they danced the Ländler on the terrace and then Elsa had to go home. Remember when the Baroness said to the Captain (magnanimously, I thought) “…And somewhere out there…is a young lady who, I think….will never be a nun.”

Maria von Trapp, Julie Andrews and I do have something in common. Like them, I will never be a nun. Although after reading In This House of Brede by Rumer Godden, I wondered if I shouldn’t seriously consider a vocation.

Carolyn will also be singing in the play, and I love to hear her sing, love to see her act, although I get just a teensy bit confused when she does. I sit in the darkened playhouse (which will be packed because in October the tickets for this December production were almost sold out) and gaze up at her, and say to myself, “Who is that lovely and gifted woman up there singing and acting and looking like my daughter Carolyn?” I mumble to myself, “I know it can’t be her, because just yesterday she was gasping and exclaiming to me, “Mama! Yook at dat yake!” as we drove past Lake Superior. It’s a very wistful feeling, this growing old.

Here’s the yarn I’m using for the scarf, and of course it’s Sharon’s: 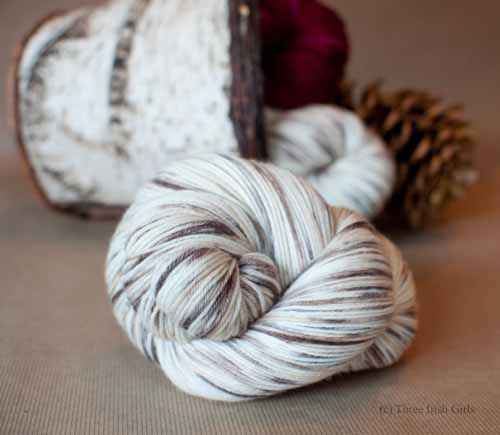 The colorway is called “Winter Birch” and I think it’s beautiful. See the little copyright symbol next to the Three Irish Girls at the bottom of the photo? That means it’s criminal for me to post it here on the blog without permission, but I’m guessing the woman who took the picture and dyed the yarn isn’t going to haul me into court any time soon. 🙂 She knows my two ovens are broken and I’ve recently taken to wearing my saggy bra.

Why wear a saggy bra, you ask? Because the sturdy garments that women of my build should wear to keep things elevated are a literal and sometimes unbearable pain in the neck. And in the shoulders. And in the upper back. One of my daughters tells me I should seriously consider a surgical reduction and I have actually thought about it for more than four minutes. I know three people who’ve had it done and were so happy with the results they said, “Why didn’t I do this sooner!?” But that means I would have to actually leave the house, and add some things to my already full schedule. Maybe I’ll think about that next year.

Sara recently had the opportunity to work with an amazing, up-and-coming young floral designer in the Twin Cities. This young woman’s business has really grown and she took on a wedding recently which had a $16,000 flower order! Just the flowers! Sara was asked to drive down to help, and she was thrilled to go. She created huge floral topiaries for the reception tabletops that weighed 75 pounds each: 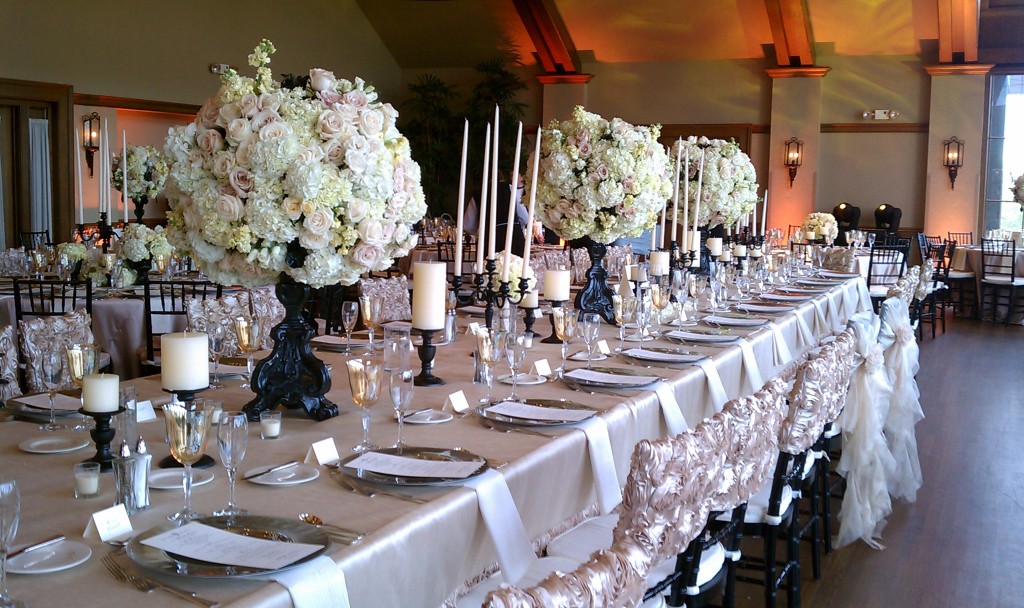 Aren’t they breathtaking? So, if you ever have an extra $16,000 sitting around and you get a hankering for some flowers on your table, email me and I’ll put you in touch with Sara.

Our house is still for sale, and we have a showing tonight. This will be only the sixth showing in three months, but I guess that’s not a surprise considering the soft real estate market all over our country. If our house doesn’t sell, we’ll stay here and try again next year. If we do sell this house and move to something smaller, I’m beginning to get some very risky decorating ideas. I can’t get red kitchen cabinets out of my mind. Something along the lines of this: 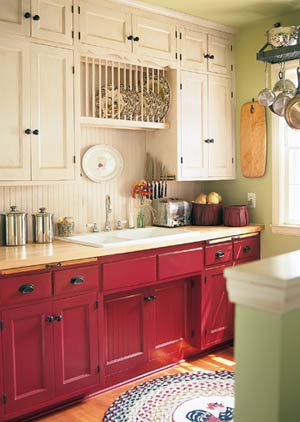 Don’t ask me why, because I know it’s strange. I just think I would rather like it, even if no one else would.

Before Denel left NoMin to fly back home to SoCal, I took her on the TimTwis. It’s one of my favorite things to do here, as my children keep reminding me, and I was pretty happy that Denel loved it as much as I did. Here’s a short video of what it’s like to ride The Timber Twister.

Lastly, here’s a picture of the floral arrangement Denel ordered from Sara as a gift to Michael and me: 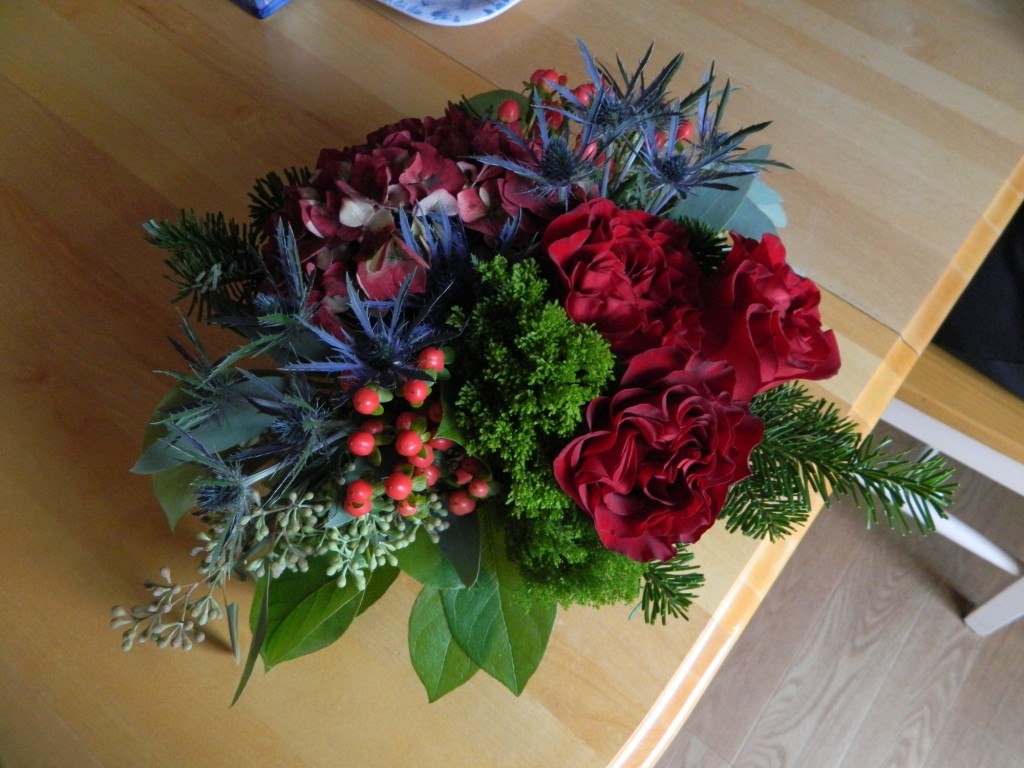 Beautiful! I love that it matches the red and blue of our kitchen, I love the asymmetry and all the unexpected elements.

I hope your week is blessed, and as the Lord brings you to mind, I will pray for you. Your prayers for our family would never be taken for granted either.

What’s going on with you?