“There is no other stream…” 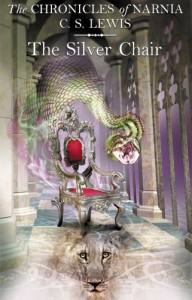 My friend Steve sent me this excerpt from C.S. Lewis’s The Silver Chair recently, and my eyes immediately filled with tears. It’s a scene between the girl named Jill and The Great Lion Aslan…

“Are you not thirsty?” said the Lion.

The Lion answered this only by a look and a very low growl. And as Jill gazed at its motionless bulk, she realized that she might as well have asked the whole mountain to move aside for her convenience.

The delicious rippling noise of the stream was driving her nearly frantic.

“Will you promise not to – do anything to me, if I do come?” said Jill.

“I make no promise,” said the Lion.

Jill was so thirsty now that, without noticing it, she had come a step nearer.

“Then you will die of thirst,” said the Lion.

“Oh dear!” said Jill, coming another step nearer. “I suppose I must go and look for another stream then.”

“There is no other stream,” said the Lion.

It is becoming increasingly unpopular these days to assert that Jesus is the door to God. People seem to be okay talking about God, but I’ve noticed that the name of Jesus makes some people uncomfortable. I have not posted this to make anyone uncomfortable, but every now and then I feel inclined to declare my faith in Christ. I do believe He is who He says He is:

Jesus answered, “I am the way, the truth and the life. No one comes to the Father except through me.”