Not long ago the four SAGs headed north for our first retreat together in the almost eight years we’ve been a group. We stayed at a quiet little resort on the north shore of Lake Superior called Stonegate On Superior.

All of us have crazy busy things going on in our lives, and we all needed to get away for some refreshing and some down time. The four days and three nights we were gone were just what the Doctor Gail ordered. 🙂  (That was a veiled congratulations to our Gail, who is our resident Physical Therapist and just earned her doctorate this year. Yay Gail!) 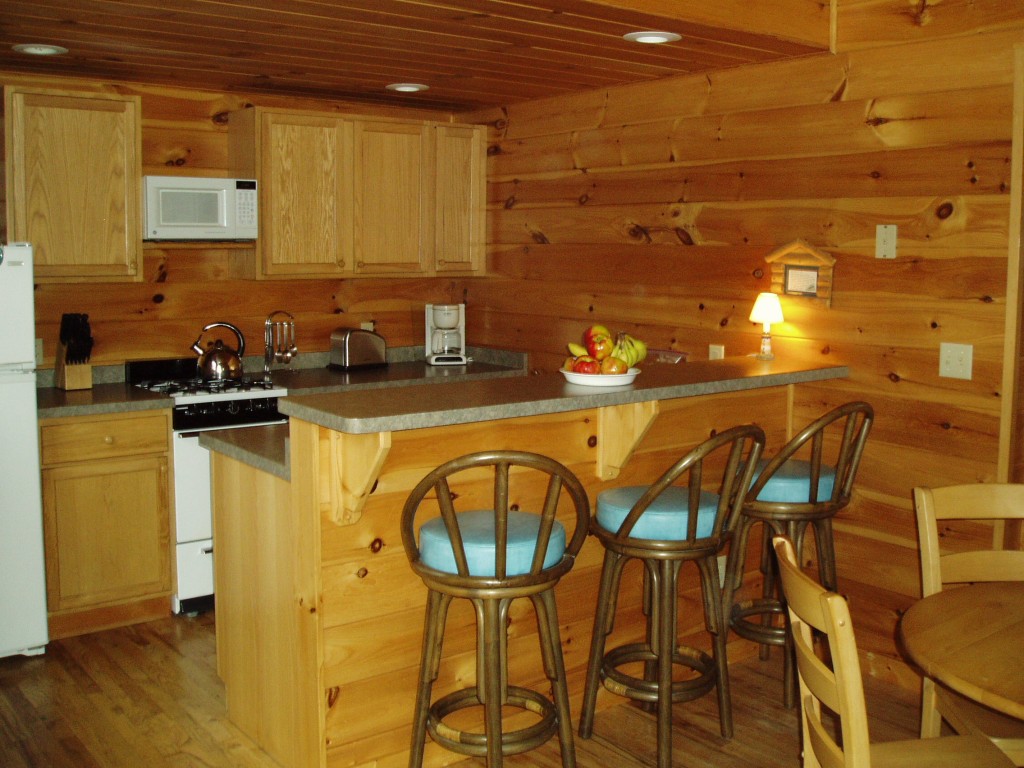 First, the particulars: this photo above is a view of the small but clean kitchen in Cabin 5, where we stayed. 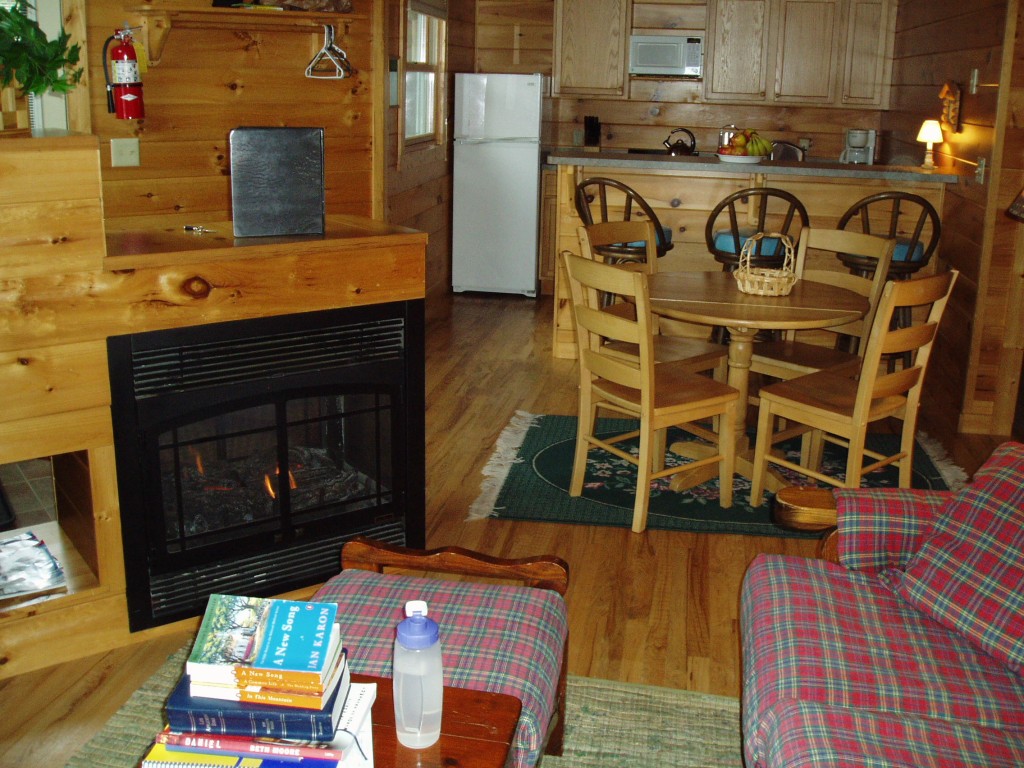 We all agreed that we wanted a fireplace in our cabin, and we wanted to be close to the Lake. Although this fireplace didn’t crackle cozily from a real wood fire, it kept the whole two bedroom cabin warm from a switch on the wall. You can also see the little dining area between the kitchen and the living room. 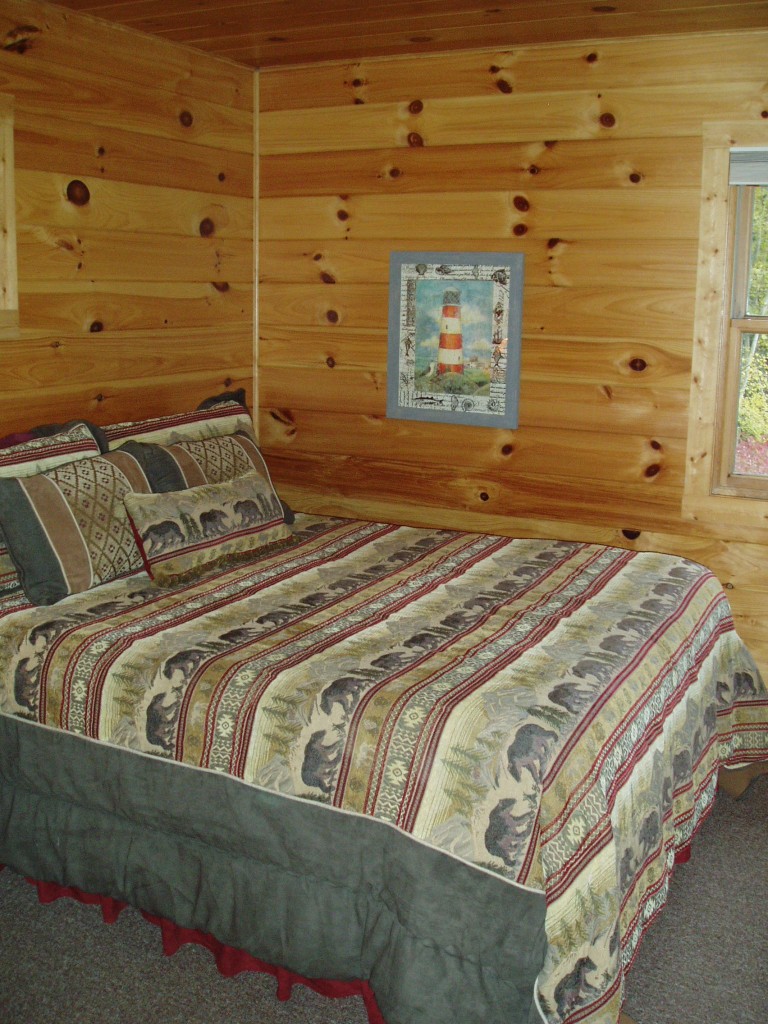 This is a view of one of the bedrooms. Our beds were remarkably comfortable and we could look out of the window and see and hear the Lake, only a stone’s throw away. We could also lay in bed at night and hear the teeth and claws of a largish, unknown animal relentlessly gnawing and chomping and scraping on the outside of the cabin. We were too terrified smart to go out in the cold and pitch dark to investigate. The next morning we saw insulation strewn around the ground where the brute had been chewing. 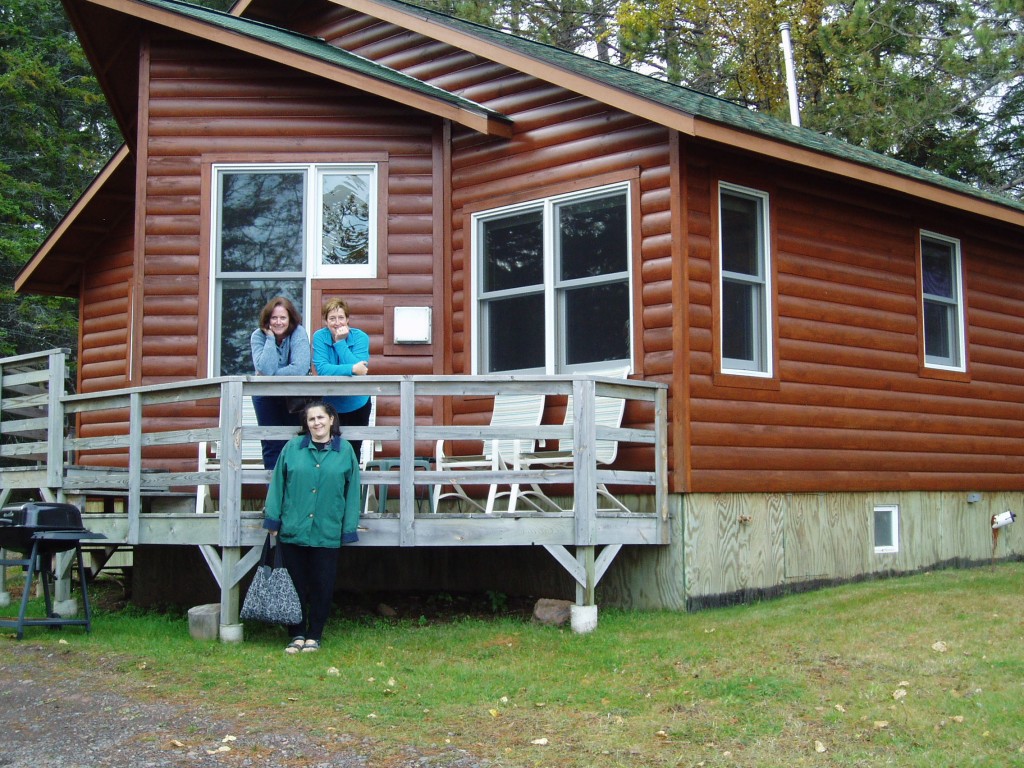 Here are Gail and Pat (on the deck) and Lorna in front of our little cabin on the Lake. 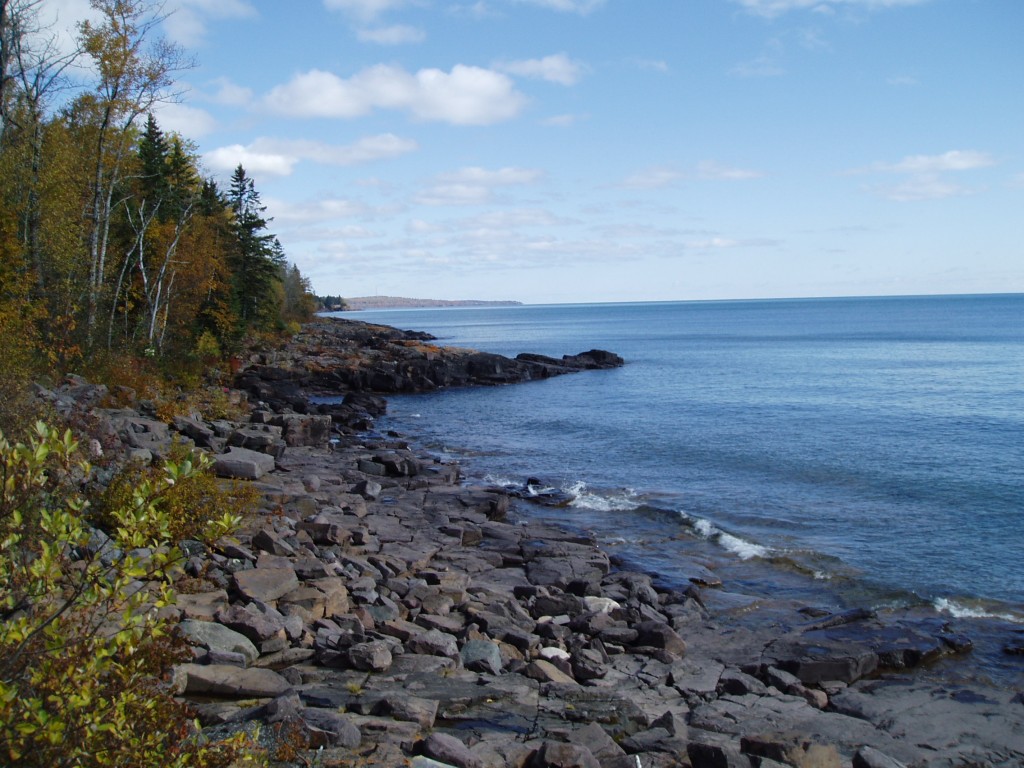 This is the shoreline that was just a thirty second walk from our cabin. The Lake changed moods several times while we were there – one night the waves were large enough to sound like the ocean, other times the water was fairly smooth. We also saw wind-blown white caps chopping up the surface and a huge lit up ore boat heading for harbor the last evening we were at Stonegate.

I plan to put up more posts about our SAGs weekend over the next few days – you’ll see some food, some goofiness, some games, some wistfulness, some hobbies, and some scenery.

For now I’ll leave you with a photo of the four of us. We hadn’t even been there twenty-four hours and already we were looking happy and rested. 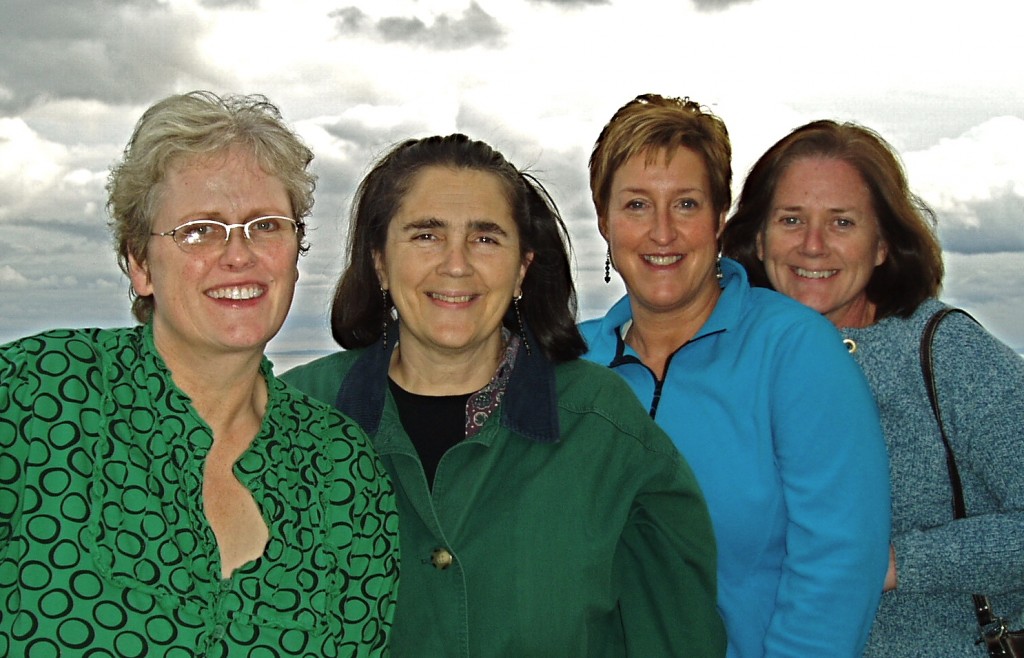