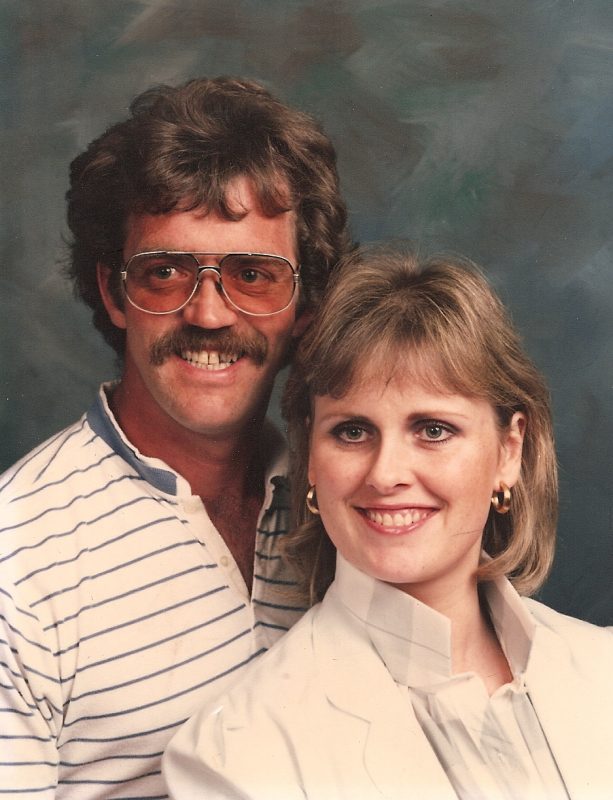 I regret to inform you that this is Michael and me.

The year was 1986 (o, thou illustrious decade!), and I assure you when we were driving to the photography studio we did not know we looked so, uh, distinctive.

It may seem hard to believe, but for glasses, people really did wear small windshields on their faces that reached almost to the bottom of their noses. You may also doubt this, but it was not considered particularly strange for men to have puffier hair than their wives. And for approximately seventeen days in the mid-eighties, it was thought to be very stylish to wear our shirt collars standing straight up.

We were exceedingly dynamic.

Now we are none of the above.

Twenty-four years later, Michael’s hair no longer bears the slightest resemblance to his locks in this photo, and neither does mine. So much has changed since this shot was taken.

But one thing has not changed, one thing is still true about us after all these years.

…He puts a smile on my face…He’s my God.