They are the caterpillar years. Those awkward years between childhood and adulthood when we’re no longer the adorable little kids we once were, and aren’t yet the cool grownups we will be. The caterpillar years are often marked by growth spurts, acne and sudden (or perhaps I should say sullen) personality changes that make parents uneasy. Those years are often pivotal in people’s lives and I know more than one person who remembers the junior high school years as the time they made the choices that steered them toward success or failure in future years.

In the Midwest, children in the caterpillar stage attend what is called Middle School. Where I live now, Middle School used to mean seventh, eighth and ninth grades, then was changed several years ago to include fifth through eighth grades. In Southern California it was called Junior High School, and when I attended, it meant just seventh and eighth grades.

I also remember every single one of my teachers. In Kindergarten, Mrs. Staton played the piano and daily gave us graham crackers and a small carton of milk. I remember that in first grade, Mrs. Weber tsk-tsked at me and gave me a C in Deportment. In second grade Mrs. Lokken taught me to say “Rabbit!” and told my father at parent conferences that I had real potential. He told me, and I thought maybe things would be okay after all. In third grade, one of our fifty weekly spelling words was our pretty teacher’s last name: Giauque. In fourth grade, Mrs. Migdal taught us how to make dioramas to illustrate books we read. In fifth grade, Mrs. Rorex kindly let me wear a pair of her shoes when mine got drenched on the way to school as I walked through the dew-soaked soccer field. In sixth grade Miss Curry taught us about poise by example and Venezuela by text.

In seventh grade, when I wasn’t even aware that over the summer I had turned into a caterpillar, I had several teachers: Mr. Wade, Mrs. Smith, Mrs. Rose, Mr. Neely, Mrs. Kiger (who taught P.E. and weighed and measured us all the first week – I was 5’7″ and 95 pounds) and Mr. Boyd. We had left off our beloved hopscotch and turned to hanging in the halls in what we thought were cool clumps. The days of playing foursquare faded into days of figuring out how to wear eye makeup and how to dance to Norman Greenbaum’s “Spirit in the Sky” and look like we’d been born doing it.

By the eighth grade, I knew girls who “went steady” with new boys every couple of weeks, but I was getting taller and ganglier, and I was never one of them. I remember a boy I had a crush on from a distance, and how blissful I thought life would be if he would cast a glance my way. In the wisdom that comes from hindsight I can see that if my prayers had been answered about him, I would probably have ended up a motorcycle mama or at the very least a disillusioned and lonely young woman.

Enter Mr. Fred Contreras. In eighth grade he was my teacher for two classes each day – English and Social Studies. I was surrounded by brilliant students who could do advanced math in their heads and probably went to M.I.T. and are now wearing pocket protectors and working for NASA. I was just a tall, freckled and skinny thirteen year-old who liked swimming and books, in that order. School had largely been a pleasant experience for me and I had done fairly well, but Mr. Contreras was a different kind of teacher, and broadened my little world in a way that still plays out thirty-eight years later. 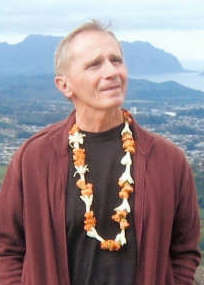 Perhaps the most striking thing about having Mr. Contreras as a teacher during those angst-laden caterpillar years, was that he treated us with respect and without a hint of condescension. Last time I checked, junior high school students were in the running for the most annoying humans on the planet, but an observer in Mr. Contreras’s classroom wouldn’t have gotten that vibe from him. I’m sure each morning he looked out at the blase, pimply-faced, short-skirted group of us and saw an ungainly bunch of caterpillars, but I also think he saw what we could become. He knew we were in transition and these were hard years for many of us. But he also knew we were capable of a lot and that someone needed to ask us to step to the plate. He did, and we stepped up.

His was not a classroom where crowd control was needed. Author Frank McCourt wrote that his first momentous words uttered as a teacher were “Stop throwing sandwiches!” In his whole career as an educator I doubt if Mr. Contreras ever had to issue that command. His serious, quiet manner carried an air of authority that we understood meant we were there to learn.

We read Frankenstein by Mary Shelley, and Shakespeare’s Macbeth (out loud) and Steinbeck, and suddenly Trixie Belden and Nancy Drew seemed like cartoon characters in comparison. I still like the older Nancy Drew books, but back in eighth grade I recall thinking, “Does he expect us to actually get this stuff?” He did expect us to get it, and with his help, we did.

We all sensed that he cared about us as human beings. Our class loved and respected Mr. Contreras so much that when we found out the date of his birthday, we all conspired with his wife Kathy on how to surprise him with a classroom party. Taking donations so we could purchase for him the six-inch thick The Complete Works of Shakespeare was effortless – every student wanted to give. We all signed our names inside the front cover, to convey to him that the way he had treated us and taught us, really meant something. We also learned that he liked the song “Who’ll Stop the Rain?” so gave him a CCR record. We might have been just another class of thirteen year-olds to him, but he was not just another teacher to us.

After many years passed I started teaching my three daughters at home, and I pondered how much books had impacted our lives. I wrote a letter to Mr. Contreras about what a wonderful teacher he had been. I often think nice things about people and fail to tell them; I decided not to go that route with him. Since then we have exchanged e-mails and occasional phone calls, and now that I’m fifty-one I guess I should call him Fred. It doesn’t roll off the tongue easily, because I still think of him as Mr. Contreras.

When my father died in late 2007 my husband and I flew back to California to attend his funeral, and we were so grateful to also be able to have dinner with Fred and his wife Kathy.

We check in with each other now and then, and still talk about what we’re reading. Fred is retired now, is still married to Kathy, and is the father of three grown children. He and Kathy have a granddaughter they delight in. He fights the same disease my husband does – Parkinson’s – and he’s been an encouragement and help in freely sharing about his journey with us.

I don’t think my metamorphosis from those awkward caterpillar years has resulted in me becoming a butterfly – I’m more of a moth sort of woman. I’m not a spectacular specimen and I do a lot of unnecessary and unproductive fluttering around. But I am attracted to light, and spend most of my days wanting to draw close to the One who called Himself the Light of the world.

Once in a while a marvelous teacher steps into our lives. I have had excellent teachers throughout the years, in school buildings and in the school of life, but Fred Contreras is the one who stands out in my memory the most. If you asked him he would probably modestly claim to only have been doing his job, but for me he did more than that. He let us know he cared. He opened a door for us to an amazing world of literature. He looked at us and paid attention when we spoke. He treated us like the people he knew we could be, not the insecure geeks we thought we were. He was a pretty serious man, so when he smiled or laughed we noticed and took it in.

When I graduated from eighth grade at Traweek Junior High School I asked Mr. Contreras to sign my yearbook. In keeping with who he was, he wrote (in strong and beautiful handwriting) a short but sincere and very encouraging note to me, which I cherished and half-dared to believe. He made me feel like I could really succeed at whatever I put my hands to.

There are still things I would like to do before I die, but some days I really doubt that I’ll ever be able to accomplish them. Then I think of Fred. And I can still picture him standing at the front of that Southern California classroom, looking out at all of us and fully expecting us to succeed.

I’m so thankful to be able to share about Mr. Contreras. Everyone should be blessed with a teacher like him.