I hope to eventually share about all the members of my family, and Vivienne Irene is no exception. But since she’s only three years old, I’m not in a hurry to post a long Grandma-essay about Vivie. There will be a lot to say about her, because the word dynamic doesn’t even begin to describe the personality of the third child of my dear daughter Carolyn and her husband Jeremy.

Vivie is a unique and whip-smart package of never-ending surprises and delights. For example: she will try any food if you ask her, and she will usually like it. Marinated vegetables, capers, sauces and foods that other children are repulsed by — you name it and Vivie will probably eat it. Grandmas like this trait in a child. 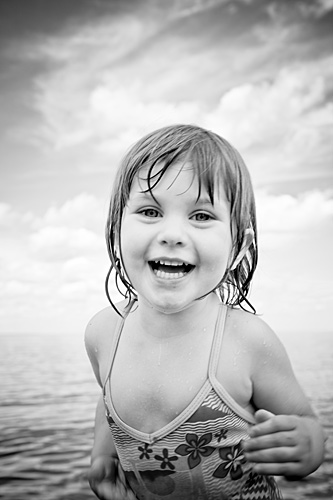 She also has a vivid imagination for such a young child. Vivid Vivie. Her right hand is her very own pet spider that she makes crawl across the table, and its name is Spidery. Her left hand is Spidery’s friend or cousin spider (I can’t remember which), named Spidericka, emphasis on the rick. Spidery and Spidericka have tremendously interesting conversations as they cavort together on our kitchen table.

Vivie has an achingly sweet little voice and can perfectly carry a tune. When she spends the night with us we lay in bed in our jammies and sing. When I sing, she stares at me somberly. When she sings, I wipe yearning tears.

Her daddy says her face is a portal into an amazing blend of enigma and accessibility, and I know exactly what he means.

When I’m with her, I feel like I’ve been swept by a pure, cool, refreshing breeze. Her name suits her so well — she is full of life and quite strong-willed. Her parents have their hands full as they diligently train and guide her, but there’s no doubt in my mind that she’s the kind of child who will grow up to do great exploits for the Lord. (Daniel 11:32b)

Anyway, there is so much to tell about little Vivie. Someday I will write a long post about her.

But today I thought of her and wanted to share…