I asked my friend Tauni if she would share something for the blog and I think you’ll be blessed by what she sent me yesterday. Tauni lives by the ocean in Southern California, is married to Curt, has two grown children, Shannon and Jared, and a darling toddler grandson named Ben.  Enjoy… 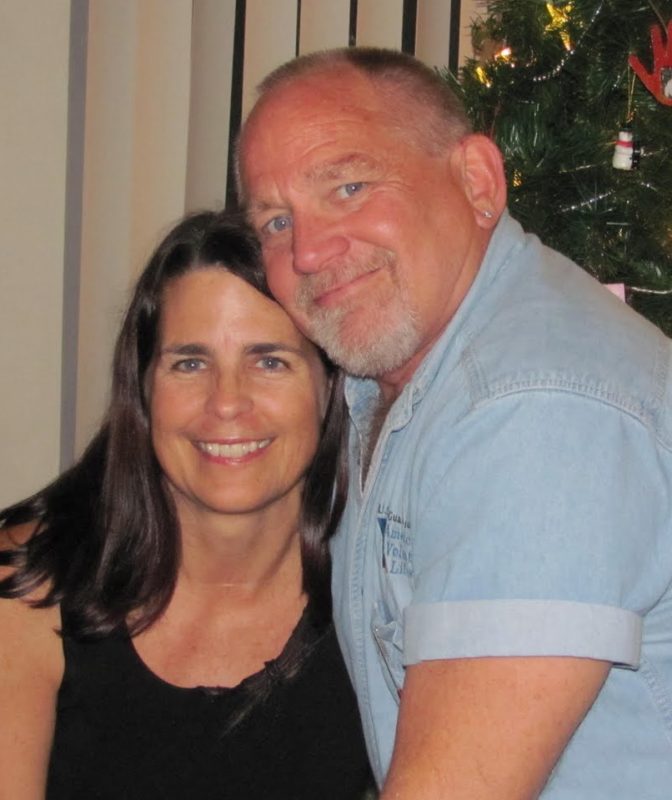 The way God works in my life never ceases to amaze me. Day by day I have learned to open my heart to His wonders anew and truly allow myself to be blessed, even in the dark and twisted places where I sometimes find myself. However, it has not always been this way. A brief encounter with an acquaintance at work forever altered the way I choose to live my life.

In June 2003 I was struggling emotionally, physically and financially. I found myself fretting, worrying, wondering and many times feeling very angry and depressed because of my circumstances. It was really hard to see God’s hand in anything, let alone working in my life.

One day I requested one of the employees at work to come to my office as I had a question on the time sheet I was processing for her.  She stopped by, we discussed the issue and she left closing the door behind her. A few minutes later there was a soft knock and as she opened the door asked if I had a couple of minutes because she had to share something with me. She shared that God had told her to talk to me over a month ago and she had kept fighting it, had been “arguing” with Him if you will. When she left my office after our work discussion she felt convicted about ignoring Him and she knew she could not avoid it any longer so she came back. She told me of a vision and a prophesy God had given her specifically for me. In summary, she shared with me that God wanted me to know that He has a plan for my life; that the plan was to prosper me. She told me that Jeremiah 29:11 was His message to me. That He would bless me immeasurably, that I would indeed be very prosperous. I was overwhelmed with all the things she said. As I think about it now, if felt like a whirlwind blowing through my office around me and then out the door. I shared briefly what I had been recently going through and thanked her for coming back. She stated, “That is not all.” I took a deep breath and said, “Ok.”  She then shared that God also wanted me to know that Satan had asked to “sift” me (see Luke 22:31) as wheat. That no matter what my circumstances were, I was to give Him (God) praise; to stand on His promise and remember it. After a few more minutes of talking together and a prayer she left.

Since I had never had someone prophesy to me, about me, over me, I was a bit skeptical about the whole situation. And, while I was really excited about the “prosper” part, I was not so excited about the “sifting” part. However, the more I pondered the encounter the more confident I felt that God was indeed talking to me.

One might think the “sifting” part would be the most difficult thing to cope with in this situation, at least I thought it would be. However, I found through the years that the “prosper” part has brought the biggest challenge. When the “sifting” began I learned how to recognize it for the most part and praised God. It is now so automatic I don’t even think about it. It has taught me to slow down, take a deep breath and watch God work, and work He does; in some of the most amazing ways.

God continues to lead me on an interesting journey to the prosperity part. In the beginning I found myself looking at everything from the perspective of potential prosperity and was always met with disappointment after disappointment. As time goes by, God has used those disappointments and His Word to open my eyes to the limitations of my human comprehension and the fact that He is limitless. Examples of how God works beyond human limitations are found throughout scripture, in the lives of Job, Joseph, Moses, and Saul of Tarsus, for example. But the example that most resonates with me is Sarah, Abraham’s wife. I can understand Sarah’s frustration of not conceiving a child after God told her she would. Often I found myself wanting to “help” God, much in the way Sarah “helped” him when she offered Hagar, her maidservant, to Abraham as a way to give him the children God promised him. In other words, not fully understanding God’s ways led her to believe she had a better way, which turned out disastrous. I have had many “Sarah moments” in my life, feeling the need to do something, anything, out of sheer frustration at the waiting, and having it turn out disastrous.

I have discerned some recurring themes through this journey. The first is the waiting time.  Scripture tells of years and sometimes decades (even centuries) passing between the time of God’s initial promise and the ultimate fulfillment of that promise. I understand the depth of doubt people fought as year after year went by without the promise fulfilled; doubting the integrity of God and doubting the love of God, wanting to just take control because God seemed to be taking so long.

The second is the growing time. Scripture also speaks of the process of growing integrity and character through events that occur. As I look back on my life over the past seven years I see how my integrity and character have been challenged to grow through each event that has occurred.  Coping with consequences of my choices has taught me to examine and evaluate my motives and how my actions affect the people I love and others around me. Third, through the waiting and growing times, God is still there. He speaks, I have to be still and listen. And finally, God always keeps his promises.

One step at a time I am learning how to deal with my “Sarah moments.”  At the time of this writing I have not yet seen the fulfillment of the promise of prosperity; on the contrary, I am struggling more now in many ways than in June of 2003. But it has ceased to be important. Recognizing that God sees the whole parade and I see just what is in front of me, I am focused on God’s process, listening to God’s voice and learning His ways, making the most of the waiting and growing times so that when God’s promise is fulfilled in His time, I will have the integrity, character and humility to handle it as a King’s kid, all the while praising Him!