Last week as Pat, Gail and Lorna sat in my living room after dinner (we had homemade pizza and panzanella salad), we spoke briefly about how meaningful the lyrics of so many Christmas carols can be when we’re paying attention. Just that very day I had been thinking about the words to “Hark the Herald Angels Sing,” particularly the line “God and sinners reconciled!” and how miraculous and comforting that truth is. Lorna said the same line aloud and how much it meant to her, and I said, “Lorna, today those very words were what touched my heart so deeply too!”

When estrangement is your family’s norm, then the word reconciled grows to mean so much. 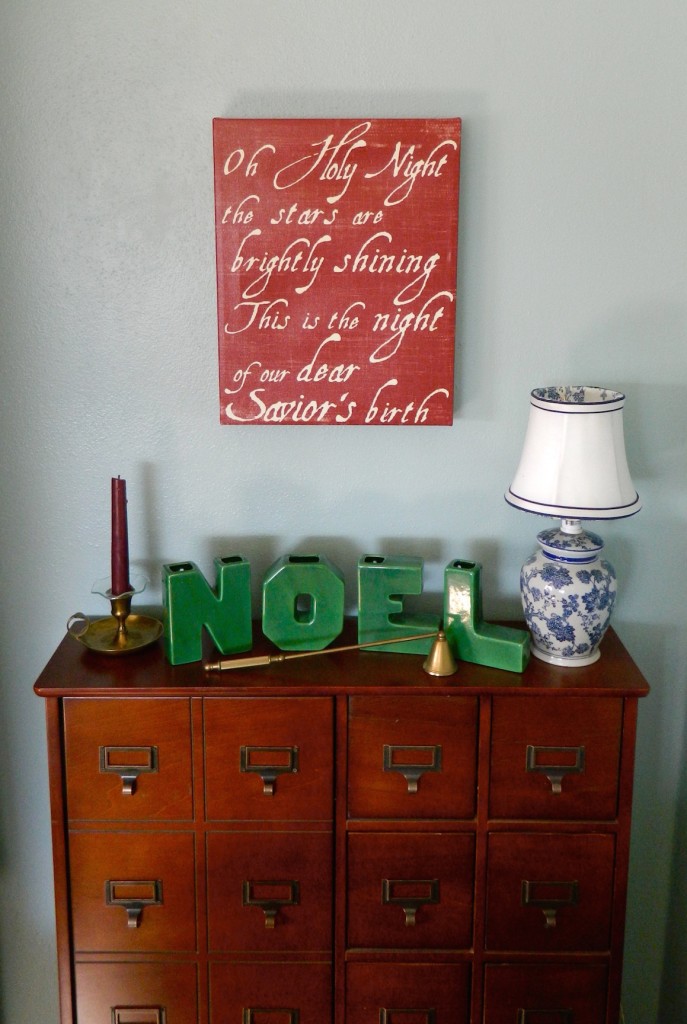 By the time I was thirteen years old, I’d seen some estrangement. My oldest brother had moved out of our house years before and his relationship with my dad was strained at the very least. My dad had wonderful traits, but could be a volatile man and it never brought about good things when he was challenged. Then the summer of my thirteenth year, my dad and other brother became completely estranged and my brother actually changed his last name because of it. Not long after that my parents’ marriage of thirty-one years ended in divorce, and aside from the destruction that brought, my maternal grandparents became bitterly estranged from my dad, a son-in-law they had deeply loved and trusted who had betrayed their daughter. By the time I was in my mid-twenties, one of my brothers and his wife estranged themselves from me and my family and he began sending cruel, sick things to me in the mail. He did the same thing to my older brother. My two brothers are still estranged. Around this time my older brother broke off contact with my ailing mother because she loved his little boy (her first grandson) and wanted to reach out to him, as he’d been estranged from his daddy at a young age due to his parents’ bitter divorce. My oldest brother resisted the contact his only son tried to make with him for almost forty years, and his son died suddenly last year, never having been reconciled to his father as he so desperately wished. When my father died in 2007, the estrangement between him and my youngest brother continued in a form, as he refused to attend his father’s funeral. My older brother (whose relationship with my dad was never very good) did attend the funeral in California, as did I. Now in his seventies, one might think that as the end of his life draws near, my older brother might want to end the estrangement with his only brother, but sadly, that isn’t the case. My niece and nephew are estranged from their father, who is ten years older than I, because of the way he has treated his family. My other niece is estranged from her father (the one who wouldn’t respond to his adult son after almost forty years), who is fifteen years older than I, because of the way he has treated their family. And while I do have contact with my older brother, he would cut me out of his life in an instant if I did or said the wrong thing (and indeed has threatened to do so). And I do not have a relationship with my other brother, because as much as I want the best for him, he has proven he cannot be trusted time and time again, and this is the way it must be.

So I know a little about dysfunctional estrangement.

But here’s the saddest thing of all: every single person mentioned in this tragic narrative above is a Christian.

And I have no answer for this.

So when I think of reconciliation between God and sinners as the Christmas carol says, tears well up and my heart wrenches in gratitude and hope. Because it seems like estrangement in one form or another is all I’ve ever known. It was in the air that I breathed.

I do not deserve reconciliation with God, but He has reconciled me to Himself through the blood of His Son. This is what Christmas is all about, why Jesus came to earth. God is still with us (Emmanuel) in the midst of our messes, and He bridged that horrible chasm between us and Him, because of His great love.

You might be able to understand why this passage from the third chapter of Titus means so much to me:

At one time we too were foolish, disobedient, deceived and enslaved by all kinds of passions and pleasures. We lived in malice and envy, being hated and hating one another. But when the kindness and love of God our Savior appeared, He saved us, not because of righteous things we had done, but because of His mercy. He saved us through the washing of rebirth and renewal by the Holy Spirit, whom He poured out on us generously through Jesus Christ our Savior, so that, having been justified by His grace, we might become heirs having the hope of eternal life.

This wasn’t exactly a bright and cheery Christmas post, but I do wish you and yours a peaceful Christmas and a wonderful 2016.

I hope that God will bring reconciliation to us all,