If you don’t know Ginny, you are really missing out.  She and I have been friends for about eleven years now, but it seems like we’ve known each other since first grade.  Sometimes it feels like we were twins separated at birth and then returned to each other’s lives as middle-aged women.

She’s the first to admit that she’s a sanguine party animal by nature, and I believe everyone always has a great time with Ginny.  But she’s also quick to remind her friends  that “this ain’t the party”, helping us to look past our current hard times and to never forget that untold joys await on the other side. 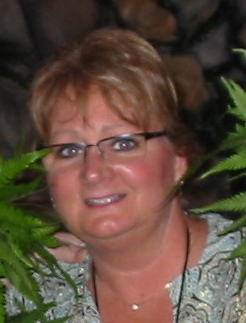 Ginny is one of the first people I go to if I need prayer. I always know Ginny will pray. And keep praying.  I cherish this about her.

If you meet Ginny and become even slightly acquainted with her, she will very quickly christen you with a nickname.  Sometimes the nicknames make sense: she calls my husband Michael “Mickey”, and she calls me “Jewel”.  I like that.  She calls my youngest daughter Sara “Bubba”.  Now Sara no more looks like a Bubba than Queen Elizabeth does, but because Ginny says it with such fondness, somehow it just seems right.

Ginny’s passion, I think, lies in the word connection. She’s someone who has a passion to see people connect with each other and with God – she wants people to feel welcomed, included and loved right away, and no one else makes that happen quite like Virginia Kay.  She would eradicate loneliness from the face of the earth today if she had the power to do so, and sometimes I think she just might.

She likes to connect with her friends on a deep, sharing level. She cares, she calls, she listens, she laughs, she prays out loud for me and makes me feel loved. She knows how to put people in touch with whatever it is they need, whether it’s a wallpaper hanger, a restaurant, a blazer that’s 32 inches long, or Almighty God Himself.

She has nurtured women young and old in the faith for years. She says she can’t bake and can barely cook, yet each time she invites me for a meal I end up salivating all over the table and begging for the recipe. She loves the “type and shadow” found in the Bible and her huge eyes fill with tears when she learns a new truth.  Ginny and I were in a book club together for ten years.  We go to the same church. We have husbands with similar interests, primarily food and guns fishing and travel. We love attending Community Bible Study together.  And we are very partial to our Danskos.

Ginny has never chosen to have children of her own.  I once asked her why and she cracked me up by responding, “I didn’t have kids because I didn’t want to wreck anyone – I was pretty sure mine would end up being the ones who sit on the tops of buildings with rifles in their hands.”  Yet she is the most maternal, wise, insightful, nurturing woman you could meet.  I recently heard this phrase and it so applies to Ginny: that girl could mother a fencepost.

For my last birthday she took the time to write out fifty of our memories, on fifty small strips of paper. I cried fifty tears and thanked God fifty times for a “jewel” of a friend like her.

Meet Ginny.  If you don’t know her yet, you should.  Your nickname awaits you.