I have always wished that I had learned to hide God’s Word in my heart at a younger age. I didn’t begin serious Bible study until 1998, and even though I’ve continued ever since and have memorized a few verses along the way, I’m sometimes shocked and sickened at the lack of fruit in my life. While doing dishes yesterday morning and feeling at the end of my thread, I wondered what I would be had I not half-heartedly tried to follow Jesus these many years. An ax-murderer? A ruthless commodities broker who climbed all over people to get to the top? A line cook at Taco Bell? An eccentric, hump-backed, bitter old woman who lived in the woods with her cockatiels? Yes, yes, and yes, probably.

So even though I’m dismayed by what hardship and illness has brought to our home, I’m going to keep trying in my very flawed way to follow after my Savior. I keep thanking Him that He’s willing to work with people like me and telling Him to not give up on me. In my right mind I know that I don’t need to weep out these prayers because His love and nature is such that He won’t give up on me, but sometimes I can’t help peering through the cloudy filter of exhaustion and sadness, and I have to believe it’s all right.

Years ago I wanted a way to help my grandchildren hide God’s Word in their hearts, and I remembered that when my three daughters were growing up, we had a cassette tape we listened to in the car called G.T. and the Halo Express. I found a site online to purchase CDs with all the old stories and Bible verses set to songs, and I bought every one of them. Then I began casually playing them in the car when I had the kids with me and on the bedroom CD player when they would spend the night. They loved the stories, and learned quickly to sing the songs, and within about a year or so the oldest grandchildren had effortlessly memorized over 50 scriptures. You can hear an example of Colossians 3:23-24 here.

I also decided to make little cards with the verses on them, held together by a ring, and when we took car trips they looked at the verses in print as they heard them on the CDs and hid them in their hearts by singing them. You can click to enlarge these pictures if you like. 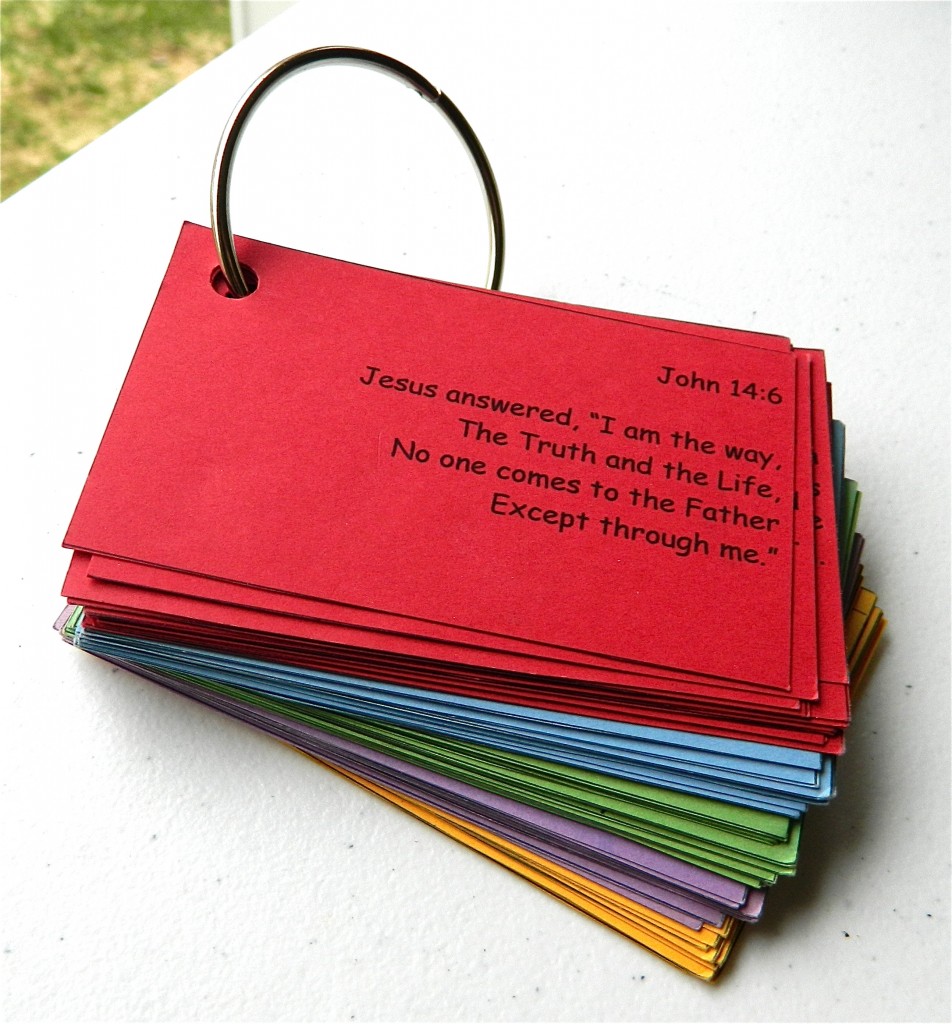 I’ve heard that stress can do a number on your memory (cortisol, anyone?), and I already know that menopause pokes a few holes in it as well. Even so, I decided to pull out the ring of memory verses yesterday and see if any of them will come back to me if I try to sing them to myself with the melodies from G.T. This one above was instant recall. (Granted, I know this one by heart without any music, but the song was easily accessed in this troubled brain of mine, and for that I was grateful.)

And this one is still there: 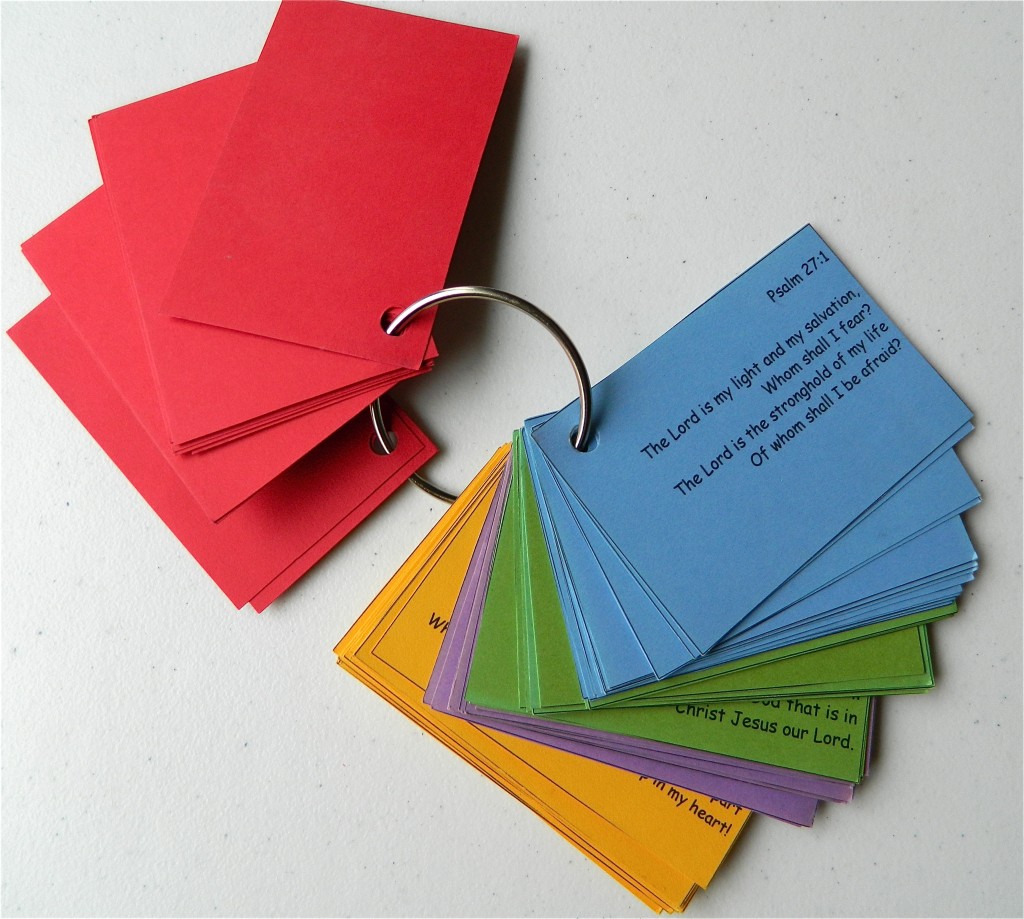 And this one…I really need to meditate on and sing this one: 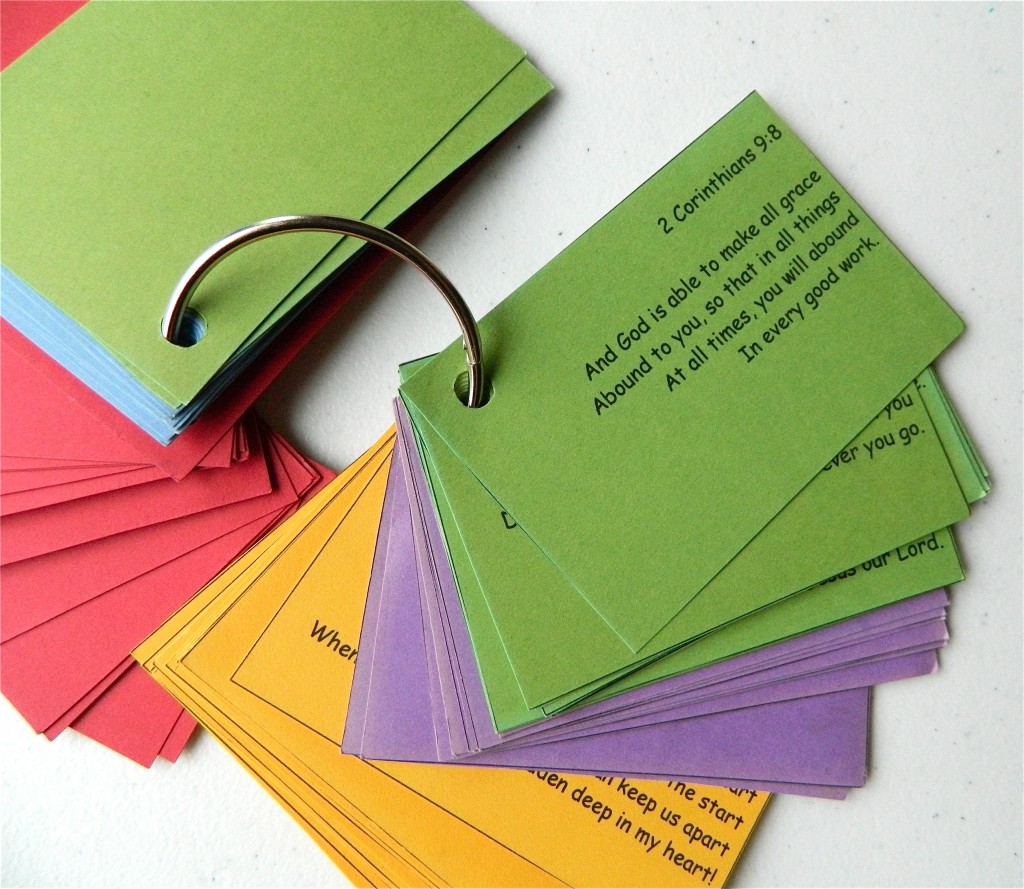 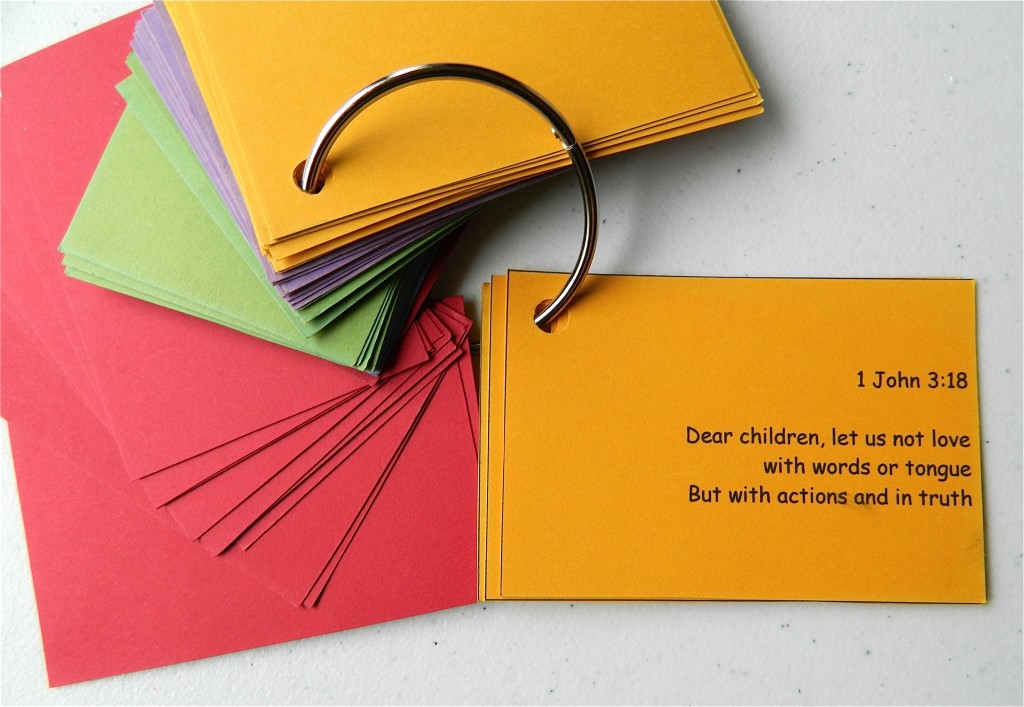 So it’s back to the basics for me.

I know some of you are praying for us. Thank you.