Michael and I flew to Nashville last week to visit my older brother Larry, his wife Christy and their daughter Savannah. I hadn’t seen my big brother for a couple of years, since my father’s funeral in California, and it had been several years since I’d seen Christy and Savannah, so I was very excited about being with them all again.

After landing in Nashville we rented a car and drove to their five-acre spread outside of Camden, TN, not far from the Tennessee River. Even though it was in between seasons and most of the trees were leafless, we could see how gorgeous their acreage is and how meticulously Larry keeps it. He has planted so many fruit trees, half of their land looks like an orchard that Anne of Green Gables would love to stroll through. They have well-placed cedars on the front of the property, and it takes Larry two whole days on a riding lawn mower to cut the grass. They have grapevines and cranberry bushes. Christy spends months picking, canning, preserving, drying and freezing the bounty of what they’ve planted. I could tell this is the kind of life my husband would have loved if we had owned more acreage ourselves.

Below is a photo (all the photos can be enlarged by clicking on them) of Larry, Christy and Savannah: 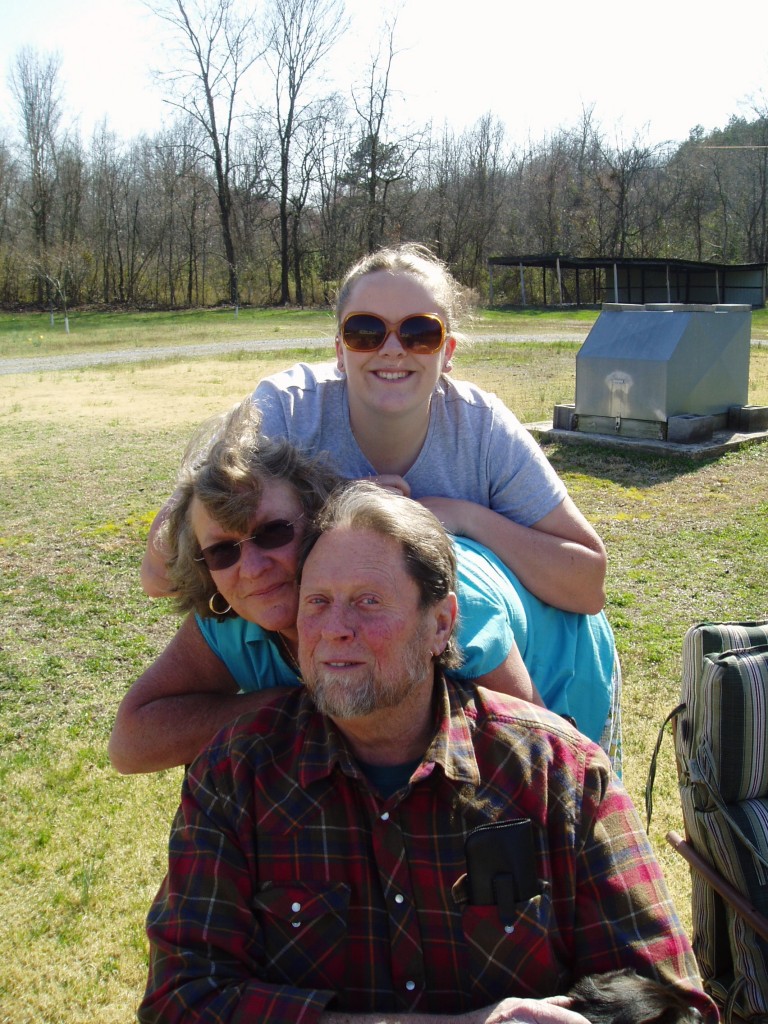 My brother Larry is fifteen years older than I, and by the time I was four years old he had moved out of our home in Southern California. So my memories of him are sparse, but good. He treated me like a cute little sister he was happy to dote on, and I remember being so proud of my big brother when he would take me riding in his candy-apple green, fast Corvette. When I was about five, he took me to the beach a few times on brother and sister dates, and along the way he would stop at a favorite roadside stand where they made date milkshakes. I used to think that if I sat up high on my folded beach towel in the bucket seat next to him, people would think I was his girlfriend rather than his little sister. It didn’t occur to me that my five-year old face would give me away. 🙂

While we were in Tennessee, Larry decided he would take me on a brother/sister date, forty-seven years after our SoCal beach dates. He showed me around the little town where they live, and our first stop was here, at the tiny US Post Office where they get their mail. 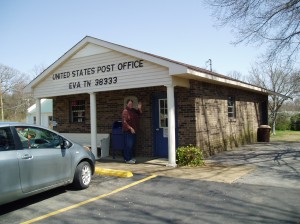 After we drove around the beautiful, hilly Tennessee countryside, seeing the wide river and the great places to camp and fish, Larry took me to their local Sonic Drive-In, a blast-from-the-past kind of drive-in I had never visited. Larry and I sat in the car and had lunch together, talked over the last years of our lives, and then I had a yummy Strawberry Limeade.

Below is a picture of one of my favorite people on the planet. This is my sister-in-law Christy, hardworking, steadfast, hysterically funny, warm and loving, prayerful, nurturing and trustworthy, and she truly feels like the sister I never had. (I have another sister-in-law in California named Debbie who fits this same description, and hopefully someday I’ll be able to spend some with her too).

I think Christy and I would be the best of friends if we lived closer to one another. I think she thought this was reasonable…if she didn’t, she hid it well.  🙂  On the dog bed is their sweet pooch Pinocchio, whom they mostly call Pokey. 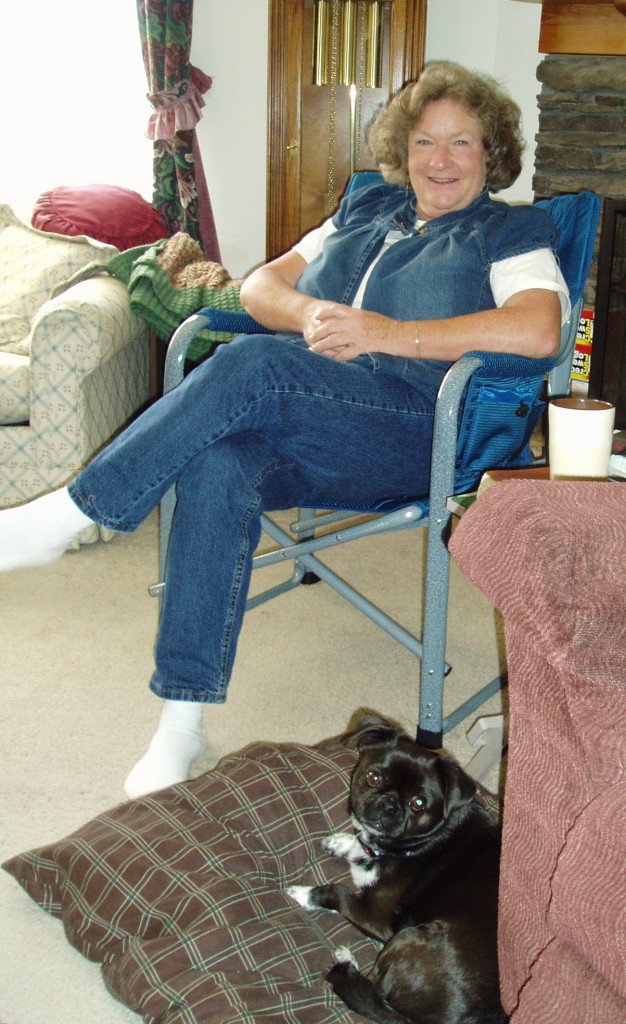 This is me and Christy, joined at the hip. And the head. 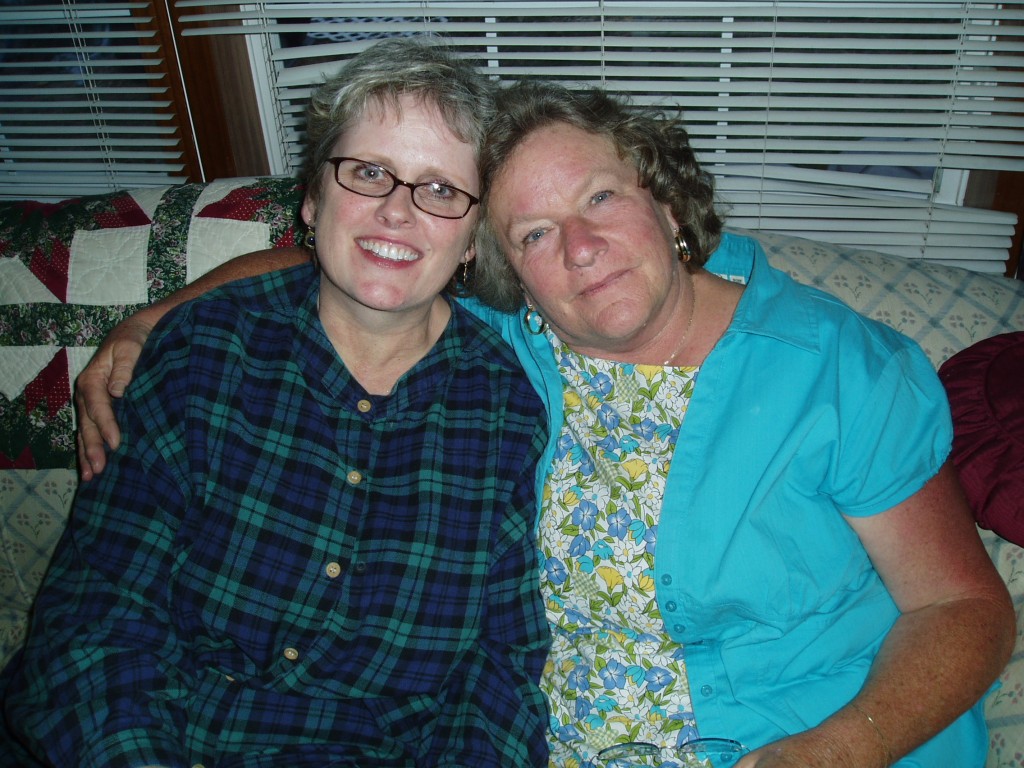 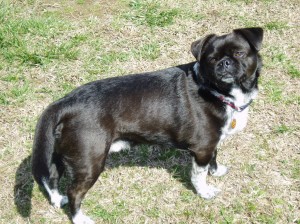 One of many cats on their property (two inside cats and several outside cats). This is Big, Beautiful Faith. 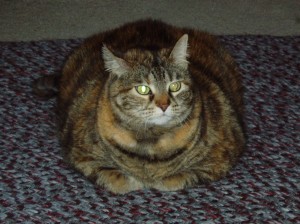 I was quite struck by many of the houses in rural Tennessee. It’s an area of much poverty where the median annual income doesn’t reach $20,000. Even though many of these buildings look dilapidated, they each had their own form of dignity, silently speaking of the years of history they held. 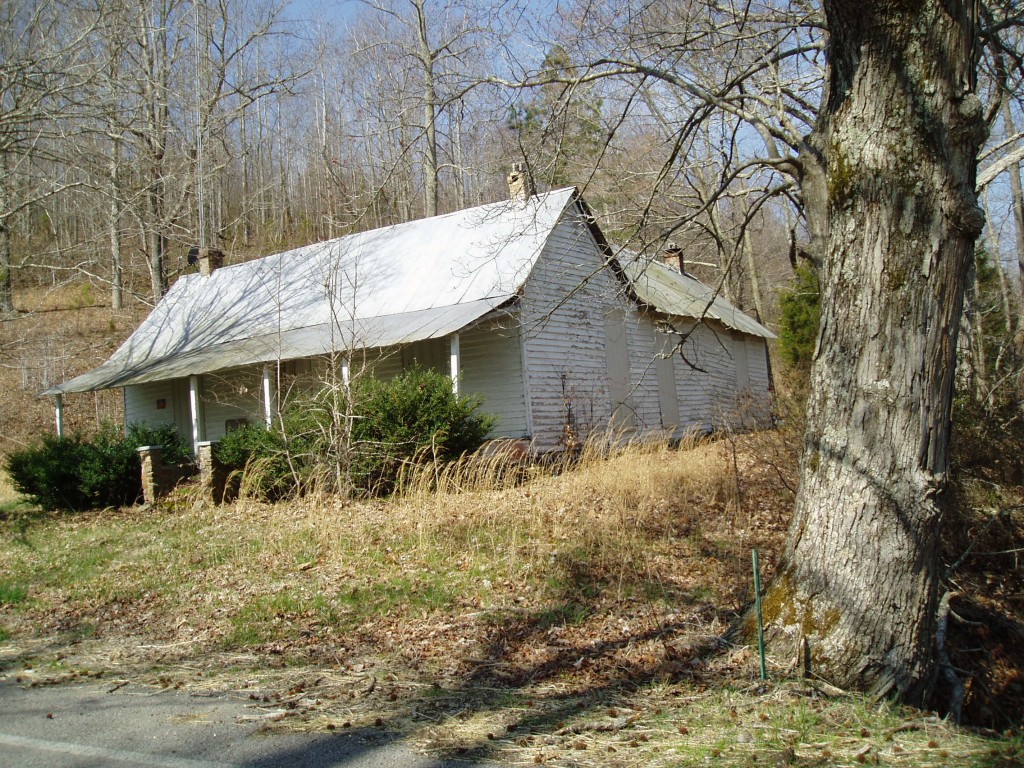 An old barn down the road from Larry’s, still in use. 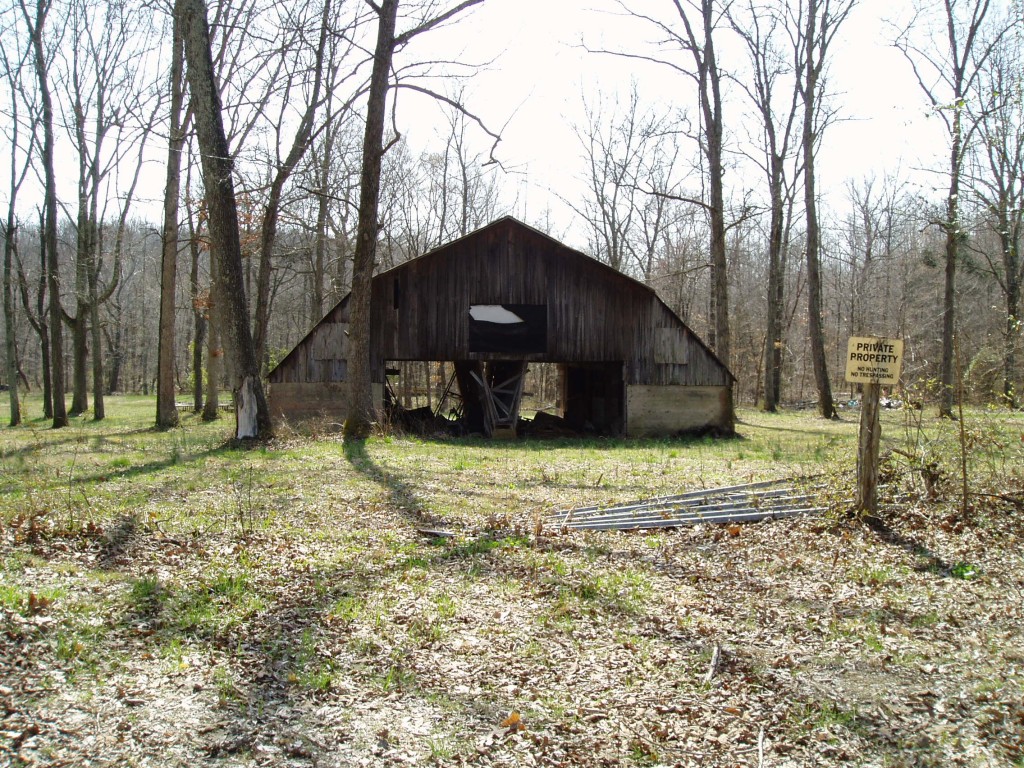 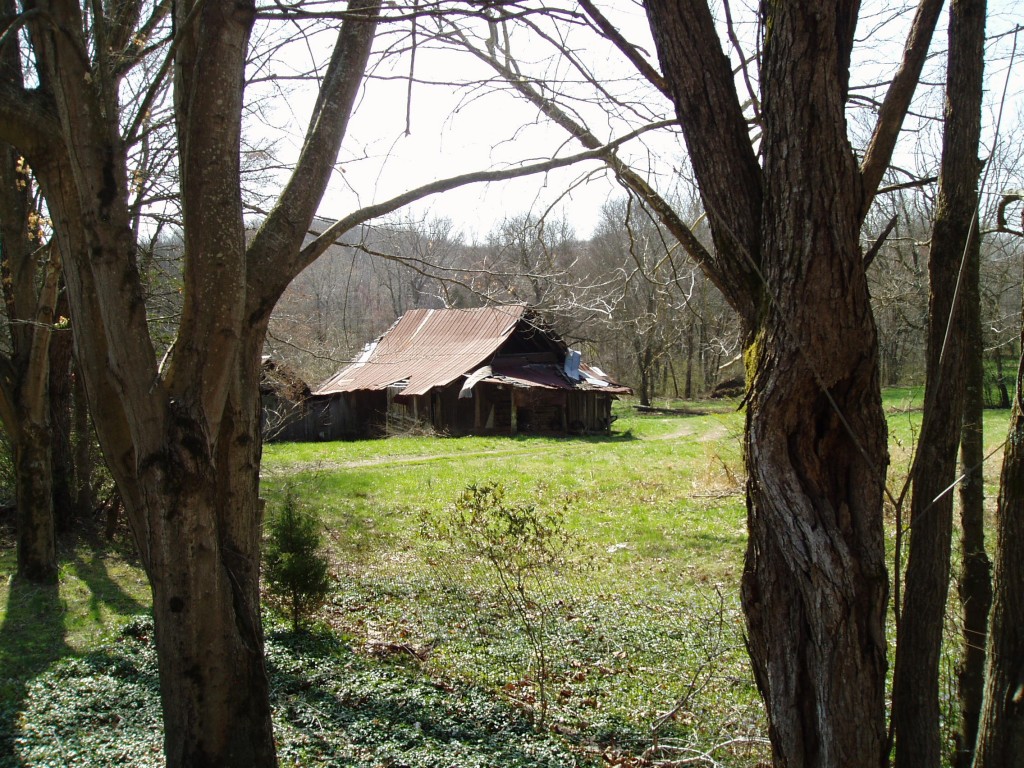 A family home near the above pictured barns. 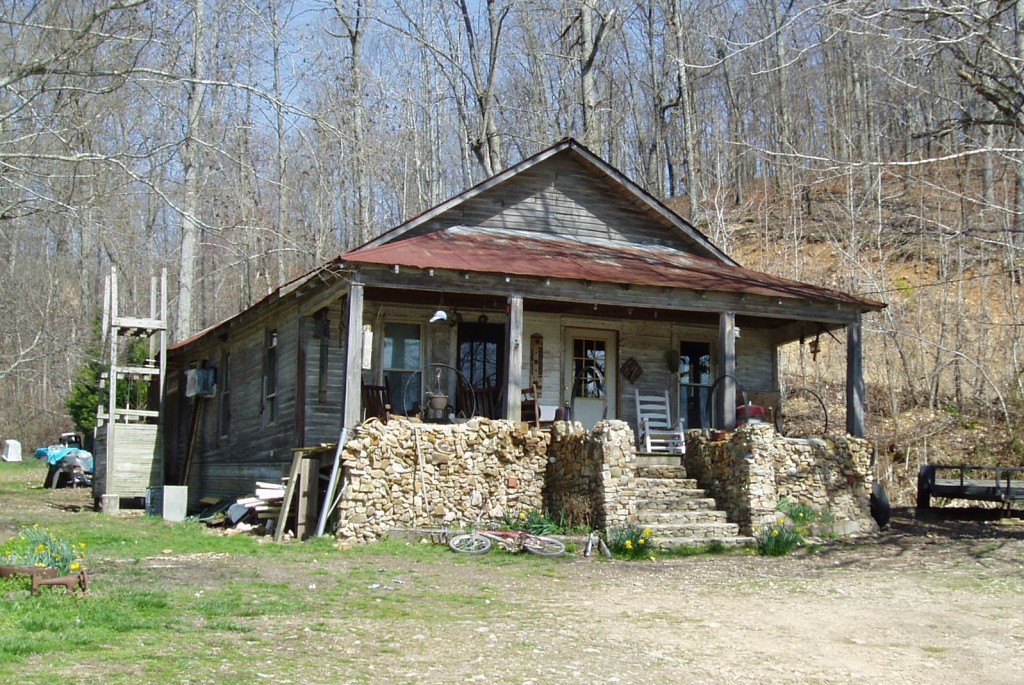 My dear niece Savannah is twenty-one and a Junior at Murray State in Kentucky. She was home for the days we visited, and just endeared herself to me all the more. She is an award-winning dulcimer player, and as she played I could have fallen asleep, the music was so soothing and peaceful. She loves the Lord and has a passion for Him and for people that I have no doubt God will use mightily.

Savannah and her mama have a close relationship and I heard several funny stories of their “slap wars,” (don’t ask) and of how years ago Christy told Savannah that her name wasn’t Savannah Kate as she had thought, but Savannah Gate. Poor Savannah was stunned, and called her friend up and told her that all these years she had thought her name was Savannah Kate and it was really Savannah Gate. Christy let her think that for a day or two. You would have to know them to see how funny this is. I couldn’t stop laughing. 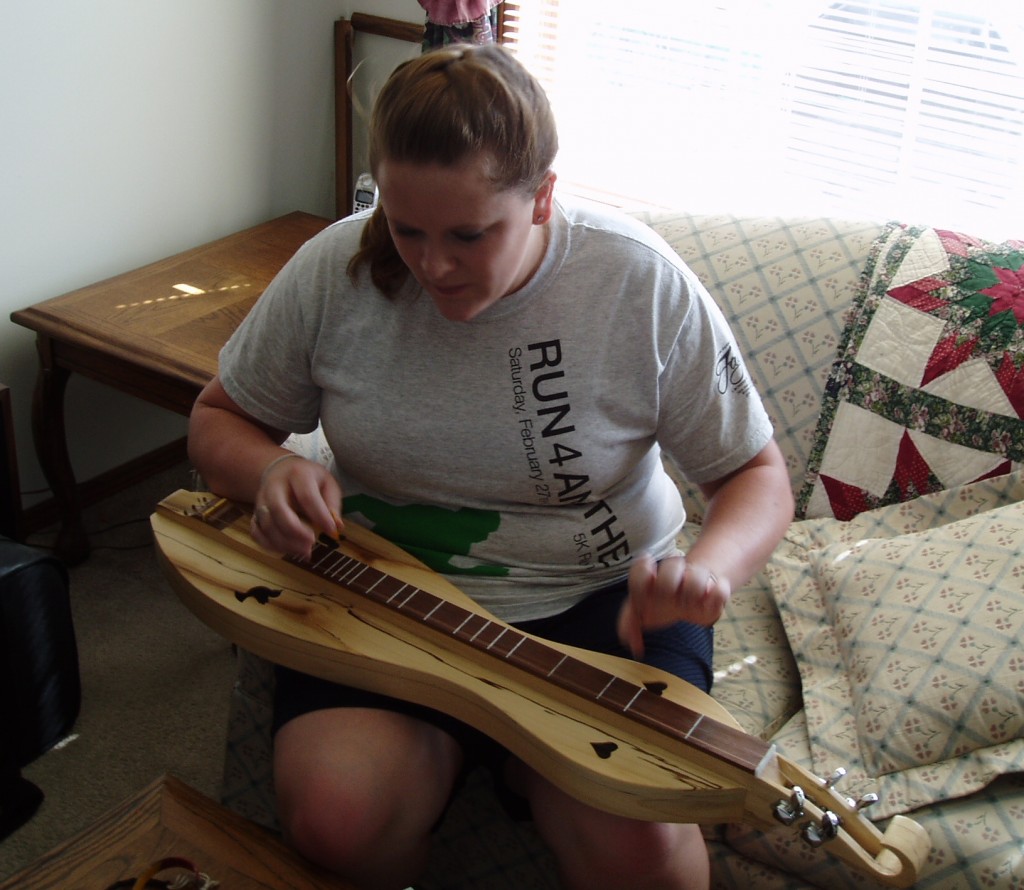 In teeny, tiny Tennessee towns, they apparently hold their rabies vaccination clinics in church parking lots. If you look closely enough, you can see people with their dogs, lined up for their shots at reduced rates, without the hassle of a vet clinic visit. See the beautiful blooms on the trees? 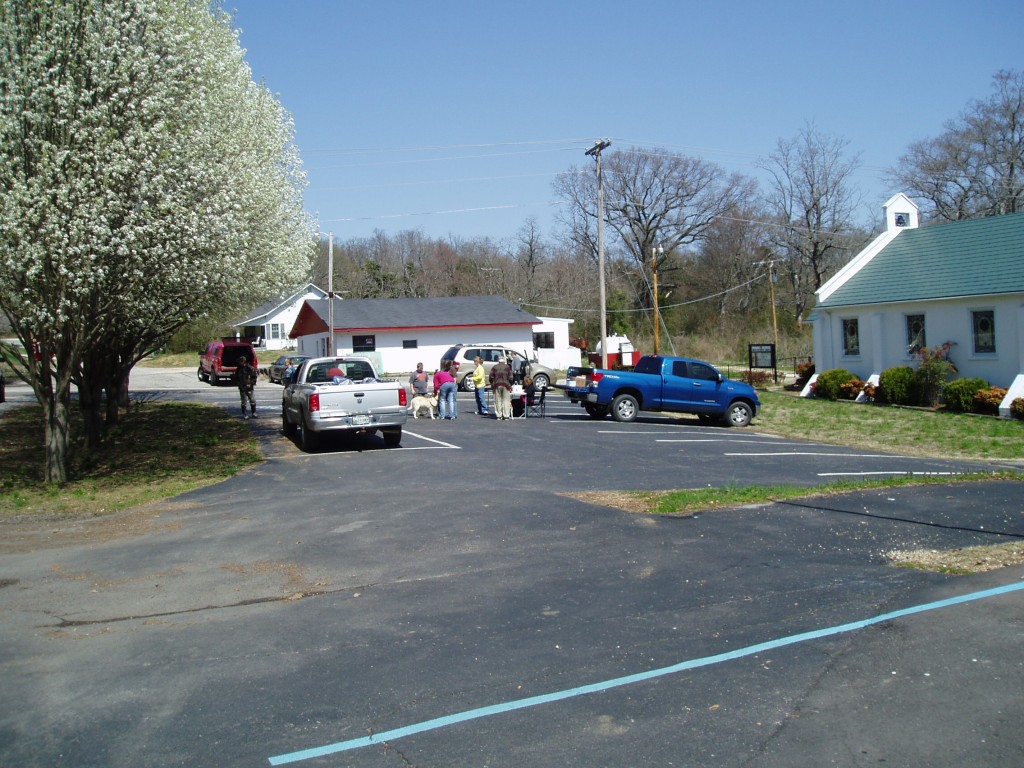 We were also privileged on this trip to spend time with Larry’s son (and my nephew) Eric, who flew from Washington state to be with us all. It had been over thirty years since we’d seen him, and his visit was a much-anticipated event, a huge blessing to us all. In the photo below, from left to right, is my husband Michael, my niece Savannah, my nephew Eric, and my almost-sister Christy. The Tennessee mornings were full of birdsong, soft breezes and warm sun. I can’t even tell you how restful it was for us. 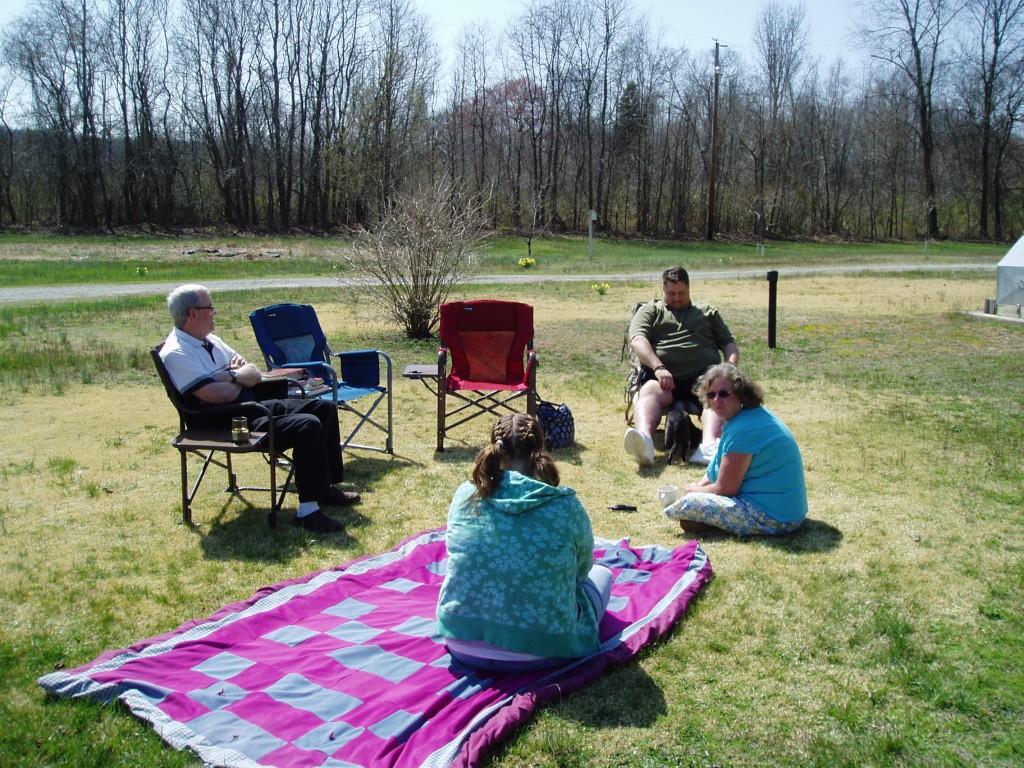 In northeastern Minnesota where we live, cardinals are few and far between. You feel like you’ve been kissed by God to even lay eyes on one. In western Tennessee, flocks of cardinals can be easily seen, and here is one in a cranberry bush of Christy’s. 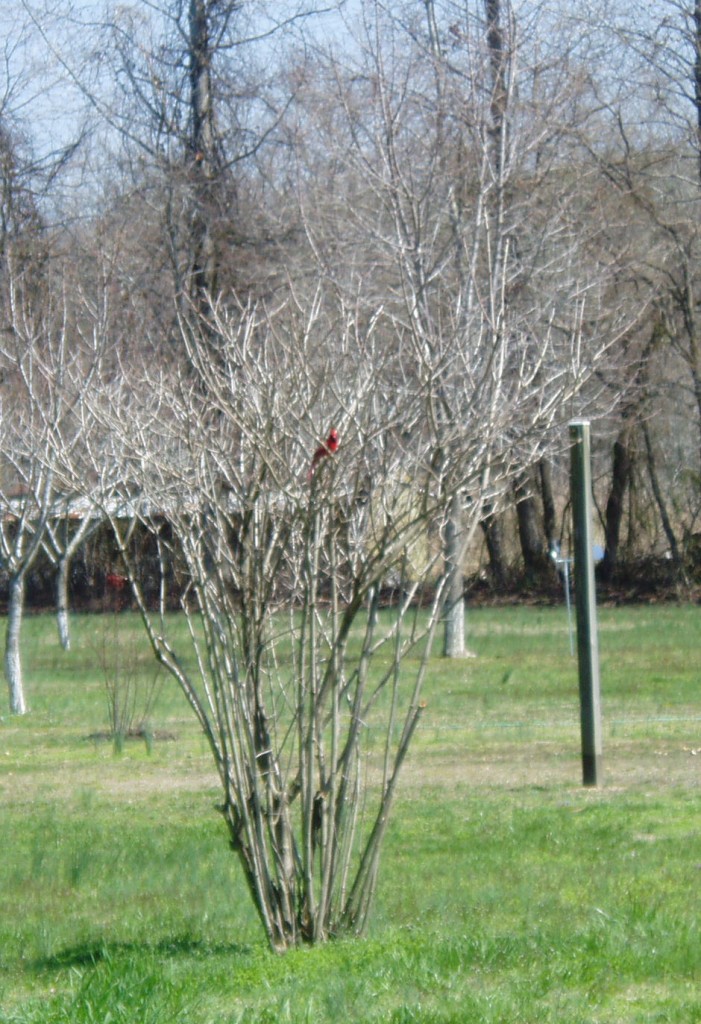 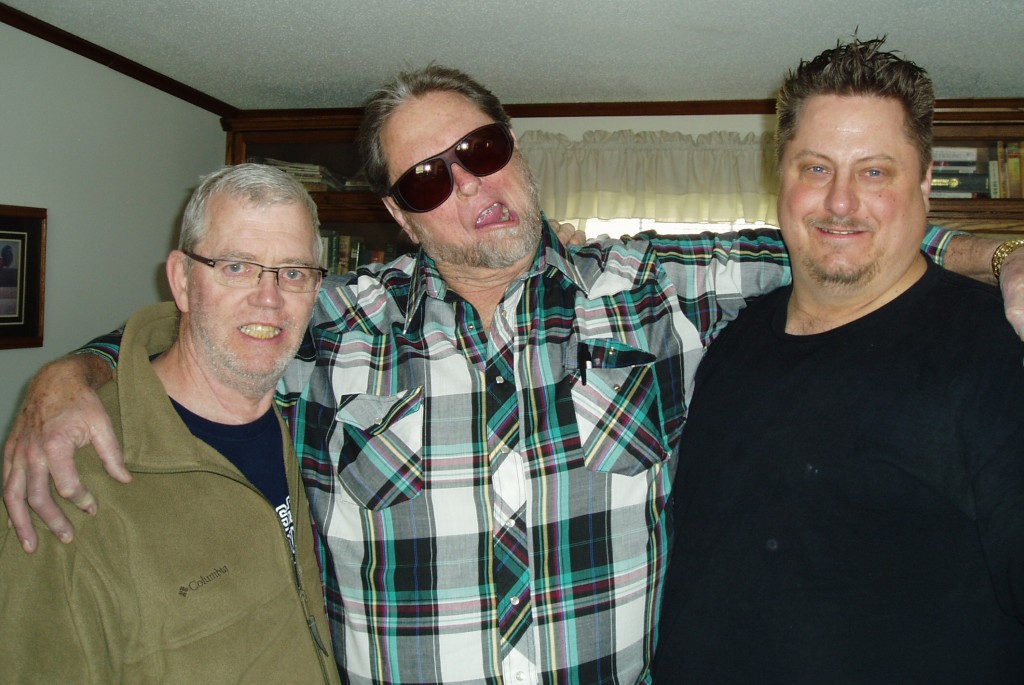 Another glimpse of history: 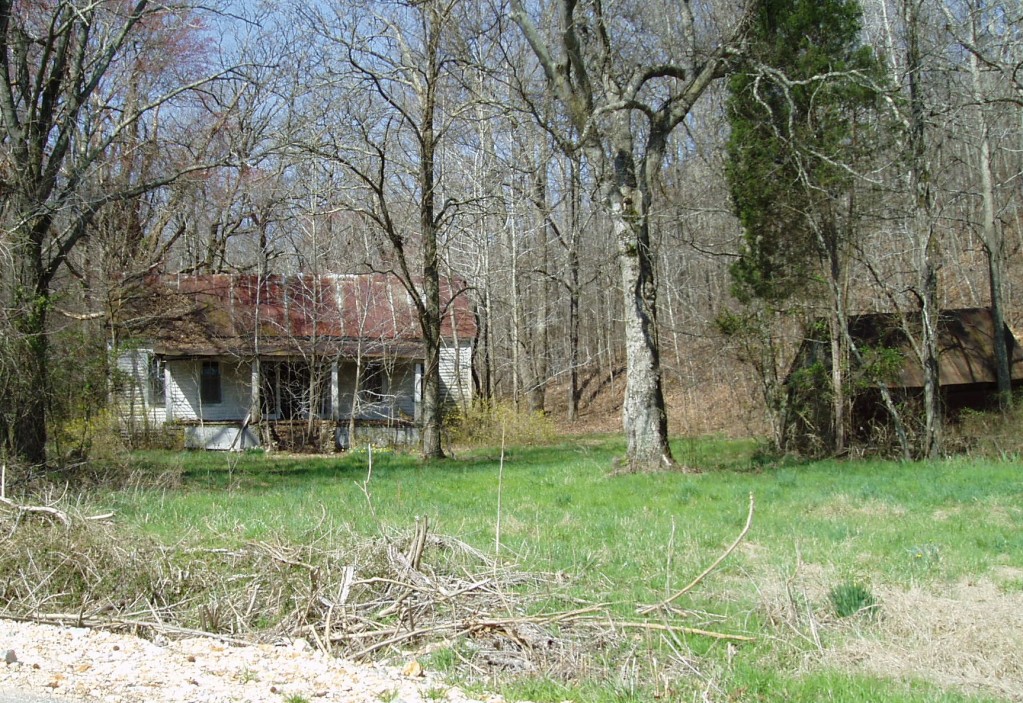 While we were there, we were fed frequent and abundant meals fit for a waddling king. One night we had a great time playing Apples and Oranges, and yours truly won by a long shot. Simple memories are often the best, don’t you agree?

On our last day there, we all met for breakfast in the motel Michael and I stayed in. Aside from scrambled eggs, sausage links, various juices, bagels, toast, muffins and coffee, they had a crockpot full of cream gravy and fresh fluffy biscuits to smother. Very southern! Very yummy. Larry bought flowers for “the three women in his life,” and below you can see me, my big brother, and my beloved husband. 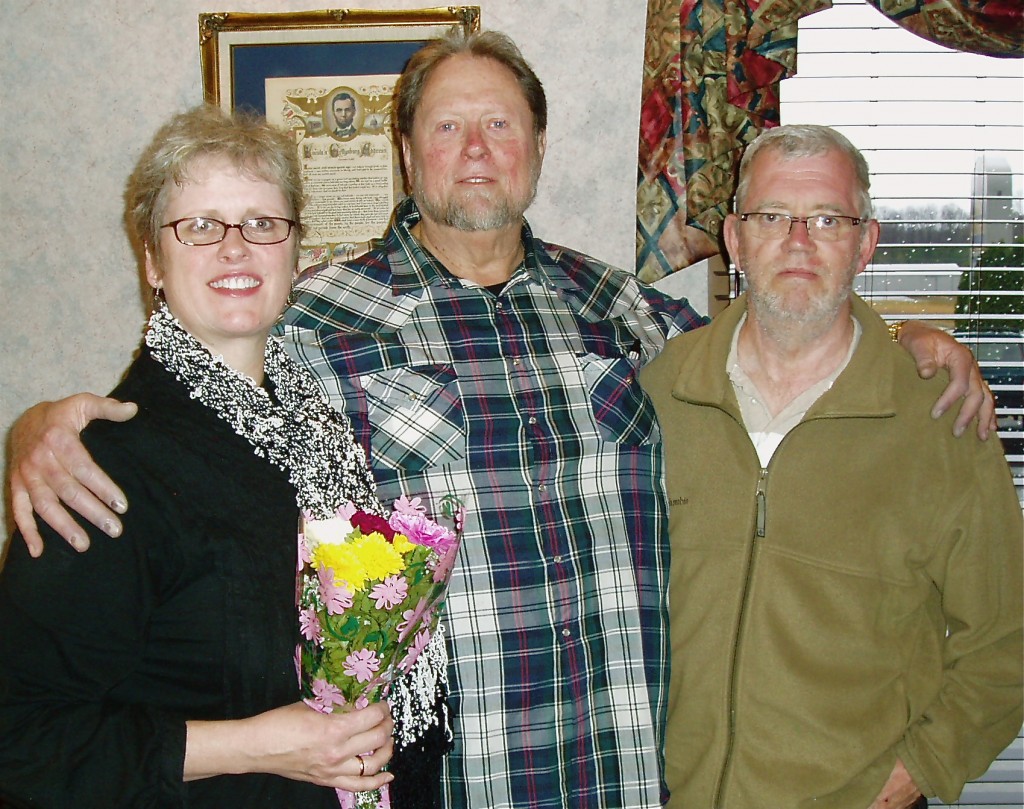 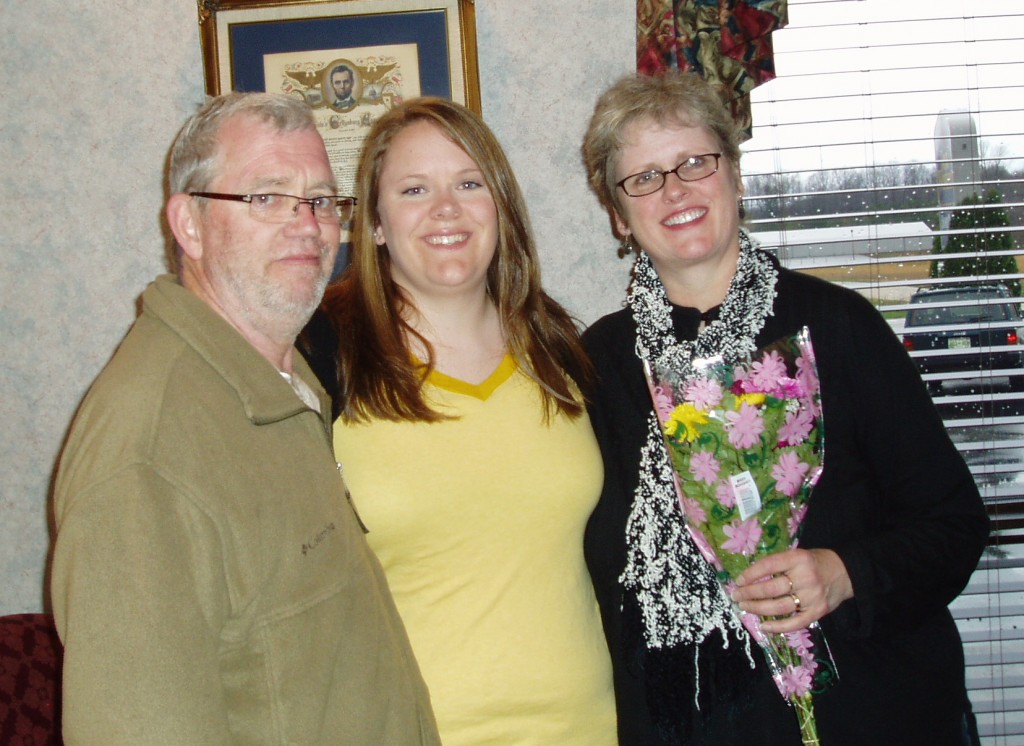 Here are the three women in Larry’s life: 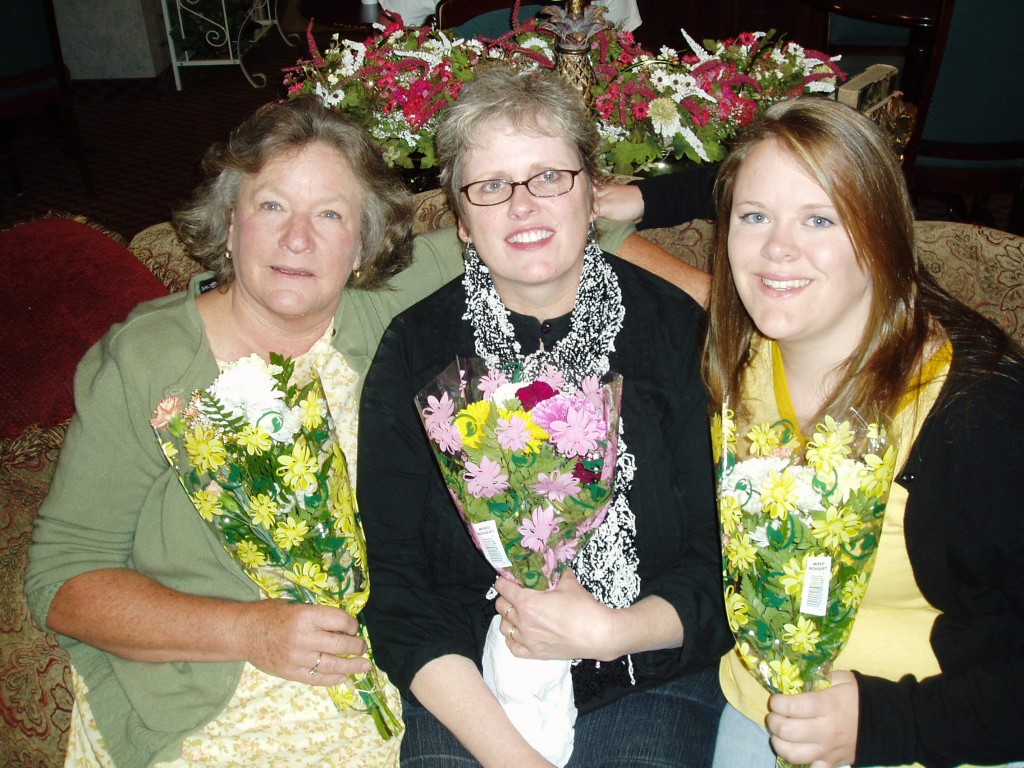 I was surprised by the depth of my emotions when it was time for Michael and me to drive to Nashville to catch our flight home. I hugged everyone goodbye and just bawled. These dear ones are all a part of my family, and I don’t know when I’ll see them again. We are hoping that Savannah (and maybe Grandma Dorothy!) can come visit us this summer. I’m so thankful we were able to make this trip.

On another note, today is my husband’s sixty-first birthday and I’ll be making him a Bundt pound cake with my mom’s peanut butter and chocolate frosting on it – his request. Then tonight he and I will go to The Texas Roadhouse for dinner, just the two of us.

Today is also Good Friday, and my mind is on what our Savior experienced centuries ago, for anyone who will see their need and believe. I wish you all a blessed Easter.

He is risen indeed….