Soup for the Soul

A few days ago I published a fascinating post about being in bed for days on end with the nastiest virus I’ve ever had. In fifty-three years, I’ve never been this sick. I had the mumps and the measles when I was a kid. I’ve had some pretty horrible intestinal flu bugs. But I’ve never been out of commission for eight days before, even after surgery. Anyway, I wrote that I could tell the worst was over, and in celebration I took a few photos to share.

That recovery lasted for less than half a day, and back to bed I went with the most excruciating sore throat I’ve ever had. Nothing helped. I took Manuka honey constantly – no relief. Vitamin C, Airborne, hot tea, cool drinks, ice, Ibuprofen, salt water, salt crystals, and more. The forest fire in my throat raged on.

Each morning I would think, surely a virus can’t last this long without a tiny bit of improvement, and then the Mack truck would hurtle toward me head on, and back to bed I would trudge, in tears and weariness, and with a deeper compassion for those who suffer unbearable pain all the time, with no hope of relief.

I finally went to have a strep test done on my throat and it was negative. I was grateful for that, but perplexed as to why this virus was hanging on so long and my body wasn’t doing what I thought it should do, mainly, send the virus packing after a day or three.

In the meantime, my dear friend Pat brought us a huge pot of her homemade chicken noodle soup and a big rustic loaf of bread. Pat makes her own noodles when she makes this soup, and they’re thick and flavorful and sublime. It was so exquisite I had to take a couple of pictures and share with my blog friends. 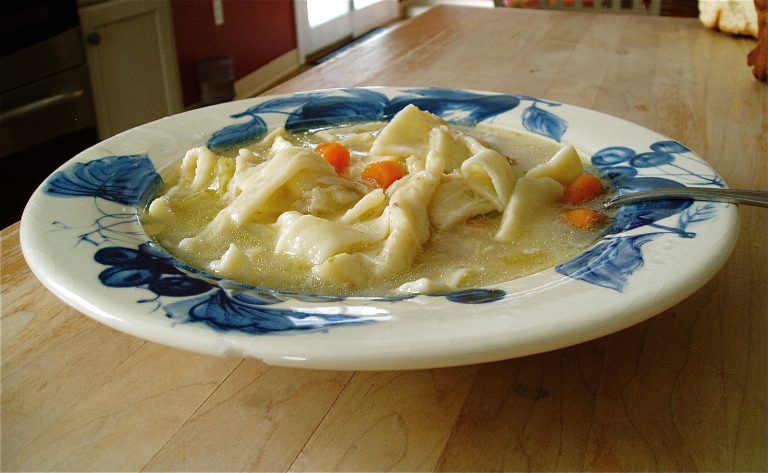 Go ahead and click on the image above to see these homemade noodles Pat makes. 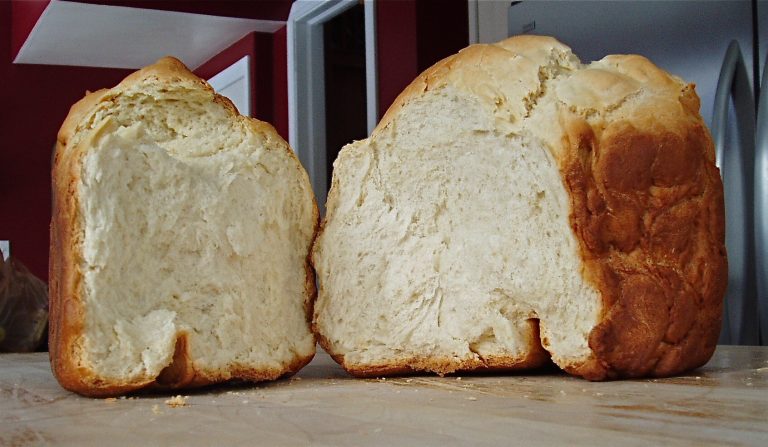 Everyone who came to the table for steaming bowls of soup also tore into this fresh homemade bread for sopping. 🙂

Now here’s a picture of my friend Pat. Somehow I didn’t think Pat would want me putting an enormous photo of her on the blog…she’s modest like that. So I made it slightly smaller, although Pat is really the star of this blog post, not the soup.

When Pat called to tell me she was bringing homemade soup over because she knows I’m the chief cook and bottle washer and have been feeling poorly, she wouldn’t let me take no for an answer. She said she had already made a pot of it for her mom recently and that her family was sick of chicken noodle soup. She also totally disregarded my protests based on the fact that she herself has been quite sick and even broke a rib from coughing so hard during her illness.

Pat borrowed a car because her own vehicle was in the shop. She loaded up on painkillers because she has a fractured rib and simple breathing is agonizing. She drove from another state to my state (I am not making this up, but it’s not like it was several hours’ drive), she brought us enough hearty and comforting food to see us through three meals, and she did it cheerfully and acted like I had done her a big favor to allow her such an incredible opportunity.

Pat is that kind of friend. Her words, her actions, the way she listens, her laugh, her prayers, and her chicken noodle soup…..they nourish my soul.