Since my daughter Sharon has been knitting professionally for years and now owns a hand-dyed yarn business, I thought I’d better learn to knit. My mom was a knitter and I have always enjoyed creating things with my hands, but I didn’t set my mind to knitting until this year.

I sent out an invitation to a handful of friends and asked if they’d like to join me for a four-week class in my home. Sharon would be our patient teacher and no one would feel like a fool if they couldn’t catch on right away. We had eight people signed up in no time, and have had two classes.

We are all working with a bulkier yarn and circular needles size 13, and we’re making a cowl to keep our necks warm in winter. My yarn was actually dyed by Sharon and she gave it to me for Christmas. It’s called “North Shore.”  🙂 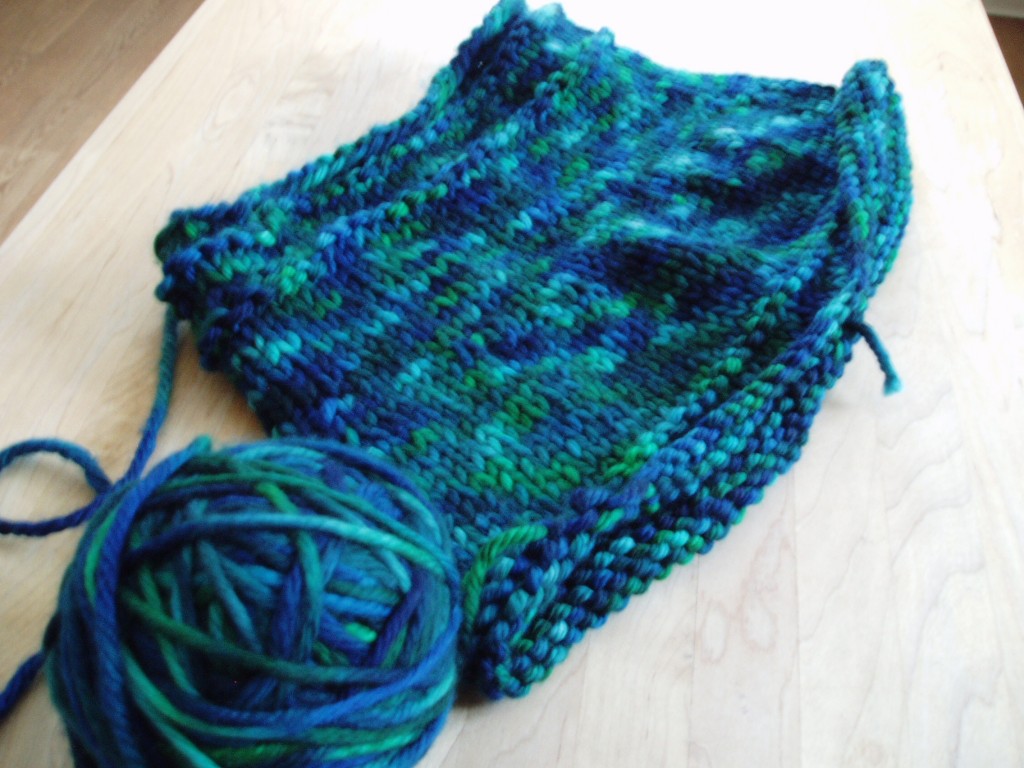 The colorway reminds me of some of the lyrics to “Sweet Baby James”….. “deep greens and blues are the colors I choose…”

And here are a couple of the dime-sized holes in my cowl: 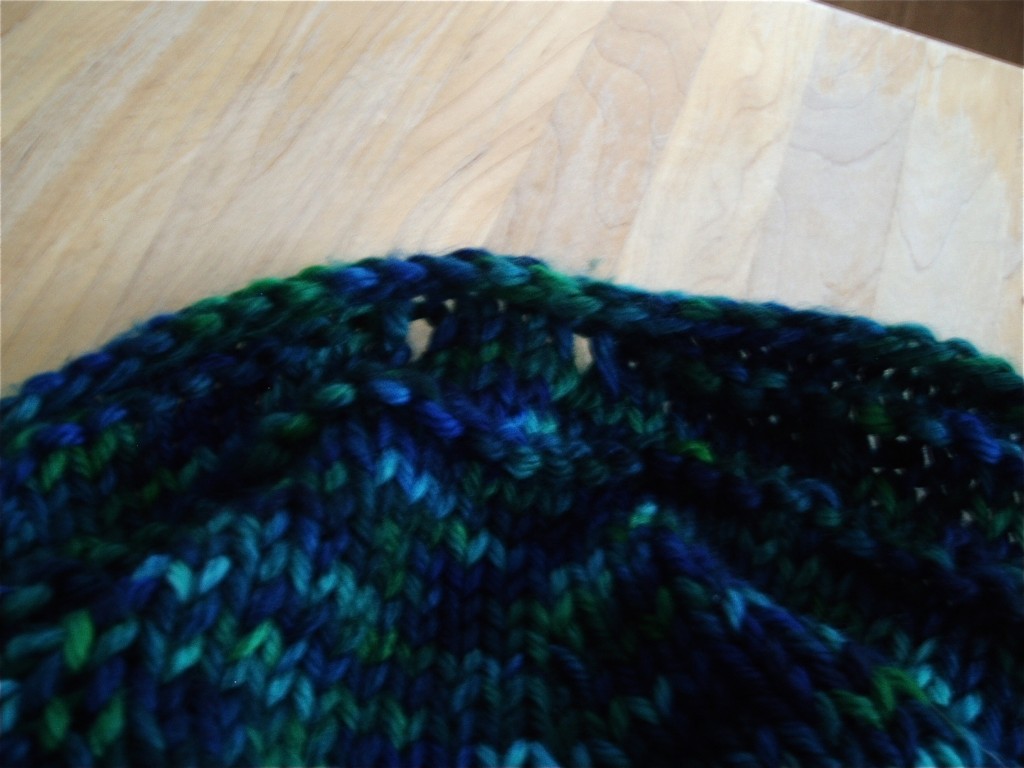 So, I have really enjoyed knitting so far. I decided that I wanted to try some smaller needles, and a less bulky yarn this time. I could get free yarn from Sharon, but I decided to wander nonchalantly into our local yarn store (which carries Three Irish Girls yarn) and buy some from them. I found the display where TIG yarn was set up, and I ooohed and aaahed as I looked at all the skeins so the owner might possibly see how smart she was to carry Sharon’s yarn. Then I bought some silky yarn, along with size 8 straight needles. And a row counter.

I’m making a very plain scarf for a friend of mine who doesn’t read this blog, so I think I can put a photo up. Her favorite color is purple, and she has warm skin tones and brunette hair, so I thought the colorway “Eilis” would be perfect for her scarf. Here’s what it looks like about one-third complete: 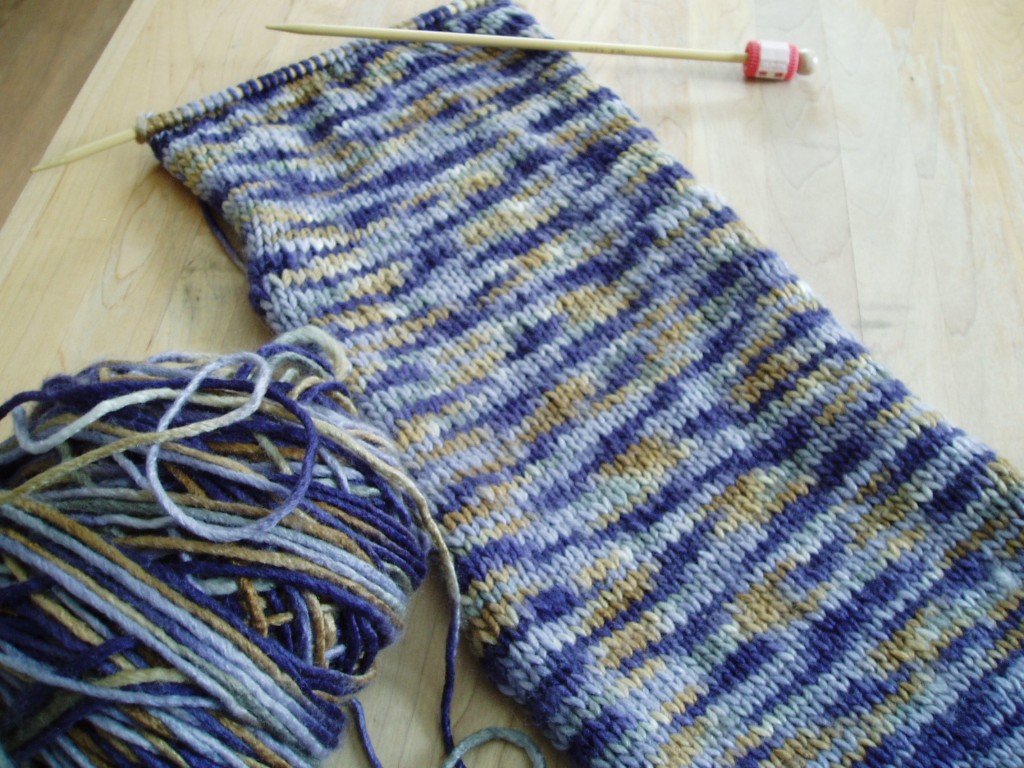 It has some mistakes I didn’t know how to fix but nothing dime-sized yet.

So in the last couple of days we watched a movie at home. Guess what I was doing while we were watching? Knitting.

Today I had to take our car in to have the remote entry keys reset. Guess what I was doing while sitting in the customer waiting room? Knitting.

We are planning a trip to Scotland and England in the fall, Godwilling. Guess what I plan to be doing to help pass the time during an eight hour flight? Knitting!

I need help with my brain waves these days, and I’m hoping some knitting will do the trick.