Let me introduce you to Diane. 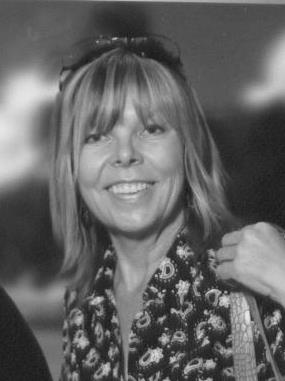 We met in the early part of 1977 when we were both very pregnant and taking childbirth education classes with our husbands.  Our friendship was thus conceived at the celebrated and distinguished Yuba College in Yuba City, CA, birthed at Beale AFB in Marysville, nurtured in Germany, and has grown and flourished through decades of letters, visits and talks on the phone.

Diane has had adventures many of us only dream about. She has traveled the world, and lived in a good portion of it: Guam, Korea, The Azores Islands, Germany, and yes, even Louisiana.  She’s a native Southern Californian, as I am, and even though she’s thinking toward retirement, she exudes optimism and youth and resilience, and she knows how to make a new beginning when one is called for.

This woman can write. You and I will see her name on book covers someday.  She is a sensitive poet and has published many pieces. She’s working on a novel that will cause me to someday say proudly, “I knew her when….”  Much of our friendship has been conducted through the written word, long before electronic mail, and on the days I found a thick letter from Diane with that familiar tiny handwriting in my mailbox, I would return inside my house and plop down on the couch, anxious to savor what she wrote.  I still have most of her letters.

In 1988, after moving to an island off the coast of Portugal, she described their house to me: “We live in a 200-year old house which used to be a convent. It is by far the most interesting (although possibly the least comfortable!) home we’ve ever had, although we are taking steps to make it more homey. It’s large and stark, as befits a convent, with high ceilings, thick wooden doors and shutters (which we close at night to keep out the howling wind) – and it’s made of whitewashed volcanic rock. We have 4 bedrooms, a big kitchen/dining room, a small frontroom and bathroom, and a long, spooky hall.”  Can you see why I wanted to hop on a plane at once and go right to where she was?  I wanted to hear and feel that howling wind off the Atlantic, I wanted to tiptoe down that spooky hall and hear those ancient doors creak.  And I wanted to sit and have coffee with Diane so we could talk and laugh and connect.  I still do.

Diane has three remarkable grown children. She was an effective and well-loved high school teacher. She still teaches at the college level. She paints. She travels. She does unexpected and adventurous things like purchase wild, untamed land in Alaska on which to someday build a cabin, and considers up and moving to different states where she might have a new start, a desert climate and a writing casita.

Generous. That’s what Diane is. Generous with her encouragement and words of cheer.  Generous with the way she listens, gets acquainted with people, and imparts comfort and hope into their lives. She’s a woman so generous, even lavish with patience and goodwill toward others.

She came into my life bearing a gift – she knocked on my front door at Beale AFB and handed me a lovely wrapped present for my newborn daughter.  She continues to give so much to me all these years later, and I honestly can’t imagine my life without her.