For September’s bloggy giveaway, I’m having a Caption Contest! 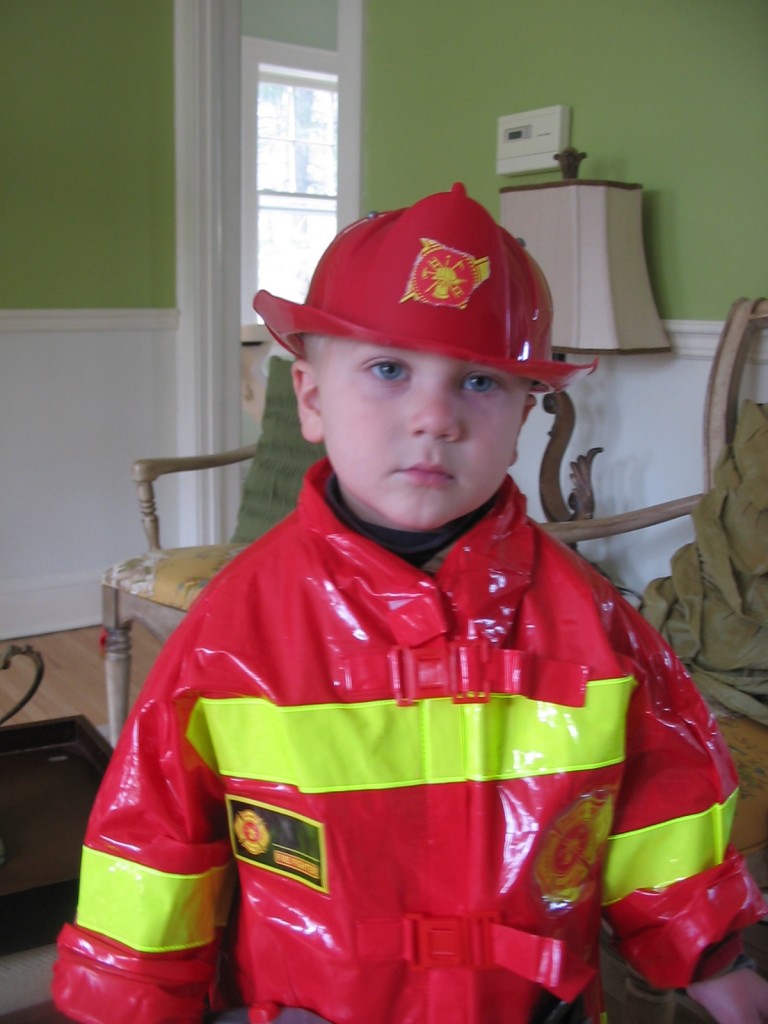 Take a look at this picture. This is Elijah David, one of my two handsome grandsons, wearing his happy fireman costume. This photo makes me laugh, and I thought it could use a good caption, but I just can’t think of anything.

That’s where you come in, dear readers. I know you (at least most of you, I think), and I know there are some witty and wordy people out there who could come up with a fitting caption for this pic.

The winner of this month’s bloggy giveaway will win something nice. So far, See’s candies, Target gift certificates, books, CDs and amazon.com gift cards have been won in the monthly giveaways. It’s your turn! Be brave! If you’ve entered before, enter again. If you never have, what, you don’t like books, CDs, candy or gift cards? 🙂

Comments/entries will be taken until Sunday, September 6th. The winner will be announced on Monday the 7th.