An inch an hour

The blizzard predicted early in the week arrived early Wednesday morning, and it poured blowing snow from the sky for hour upon hour. Our local paper says that for a while it was snowing at the rate of one inch per hour. At our house we got just under a foot of snow, but because of the 55 mph wind gusts, we have places in the yard where the drifts are knee-high, and also a few patches only inches deep. Today it’s still grey out, and another inch of snow is predicted for this afternoon, but the worst is over.

Our Miniature German Schnauzers, Edith and Mildred, aren’t fans of the snow. When we let them out to go potty, they take one tentative step in the deep white cold and then turn back to scratch on the door, hoping I’ll let them in. But I’m mean. Instead I step outside with them, closing the door behind me, and say repeatedly, “Go potty! Go potty!” And they know it’s futile and they won’t get back into the house until they go. So they do.

Millie is generally more adventurous than Edith and eventually she leaped through the snow toward the creek back behind our shed, looking very rabbit-like as she went. (Click to enlarge photos.) 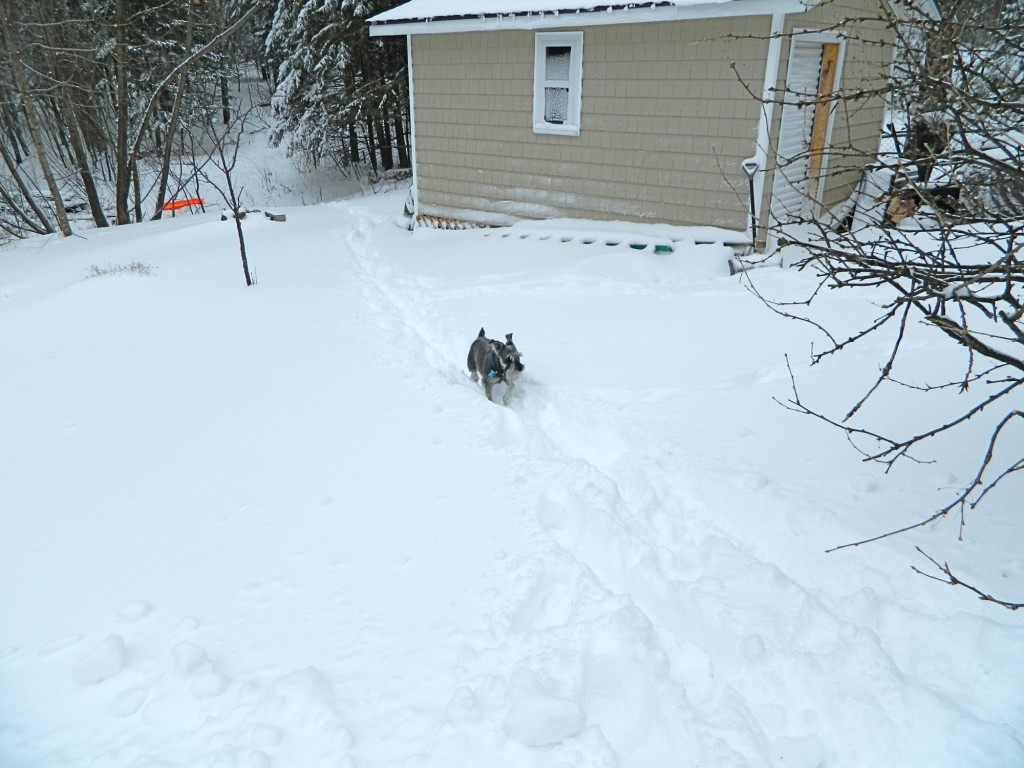 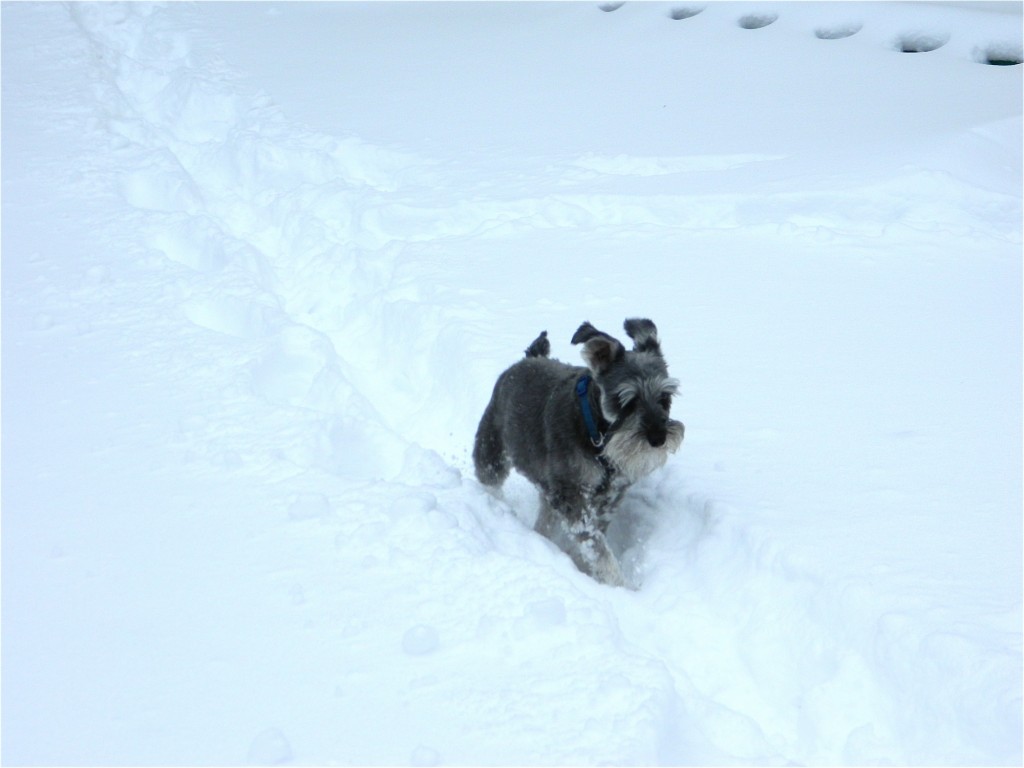 Here’s what our back deck looks like this morning: 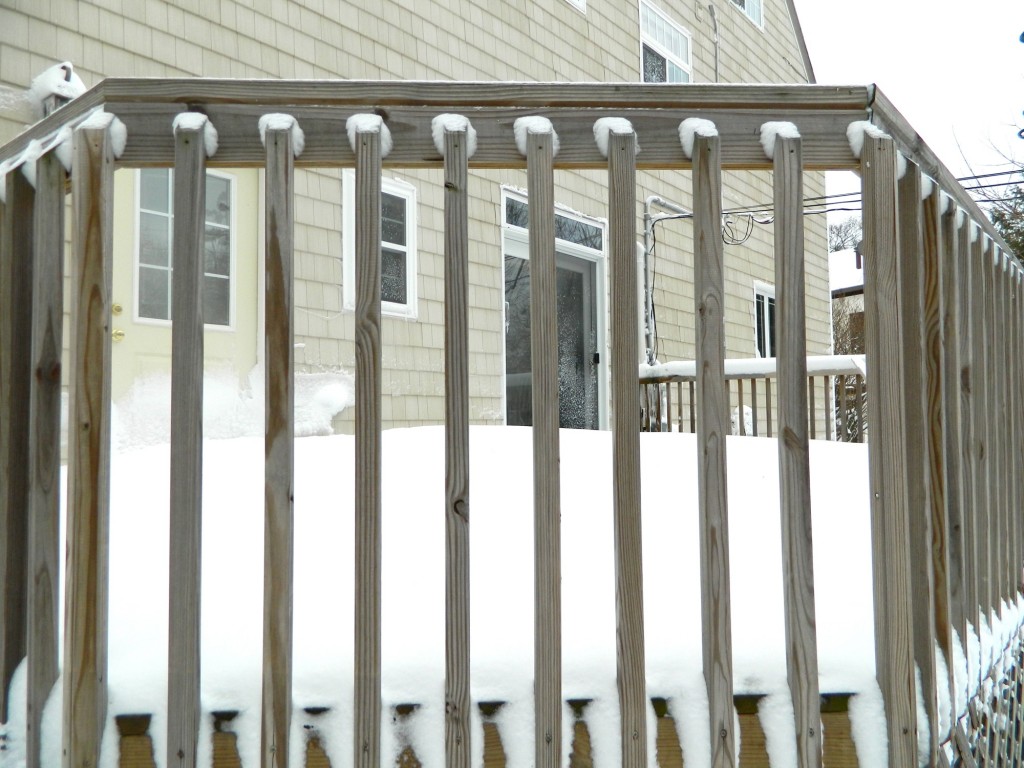 Edith wouldn’t venture too far out in the yard, but instead stood on alert as she heard the snowplow in the street finally go by. I can read her Schnauzer mind, and she wanted me to think she wasn’t afraid of the deep snow but instead was bravely focused on protecting us and our property from the huge, bladed, roaring machine. 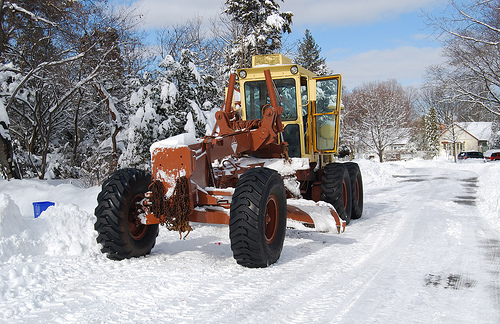 Below, you can see Mildred in the distance, also listening to the plow and posing for a bark. And there’s Edith’s little stubby tail. Our family has a song we sing about our dogs’ little stubby tails. I promise not to post a video of myself singing it. 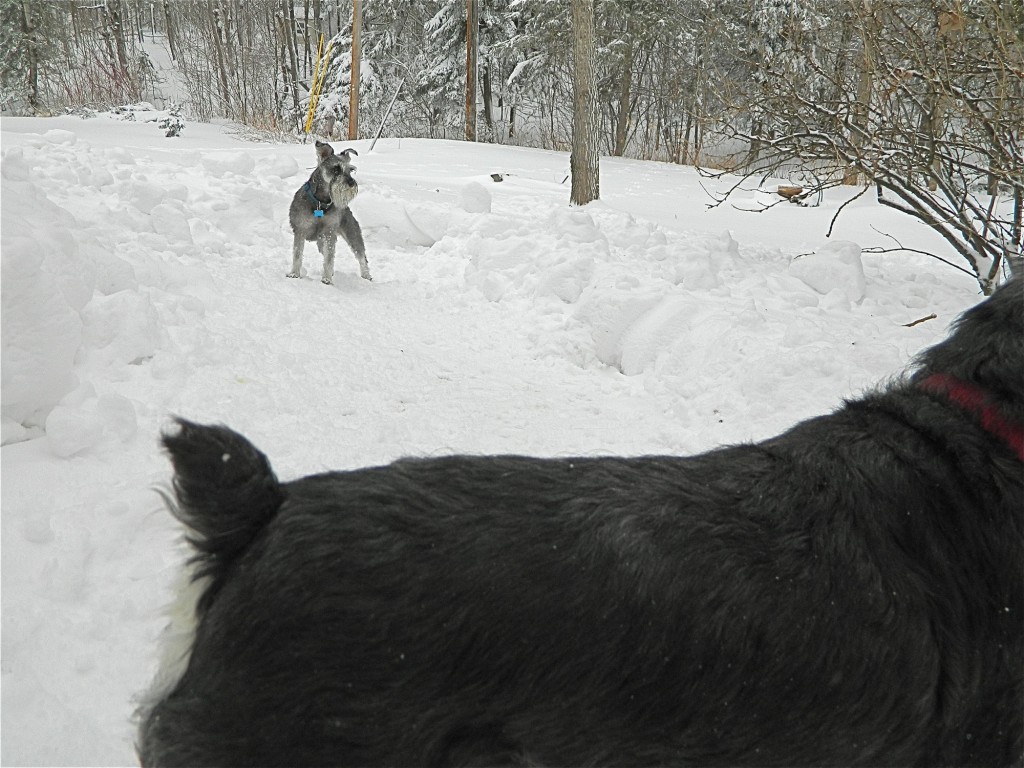 I’m off to clean the kitchen, do some laundry, tackle the paperwork Alps and when I’m all done, have a cup of tea…..